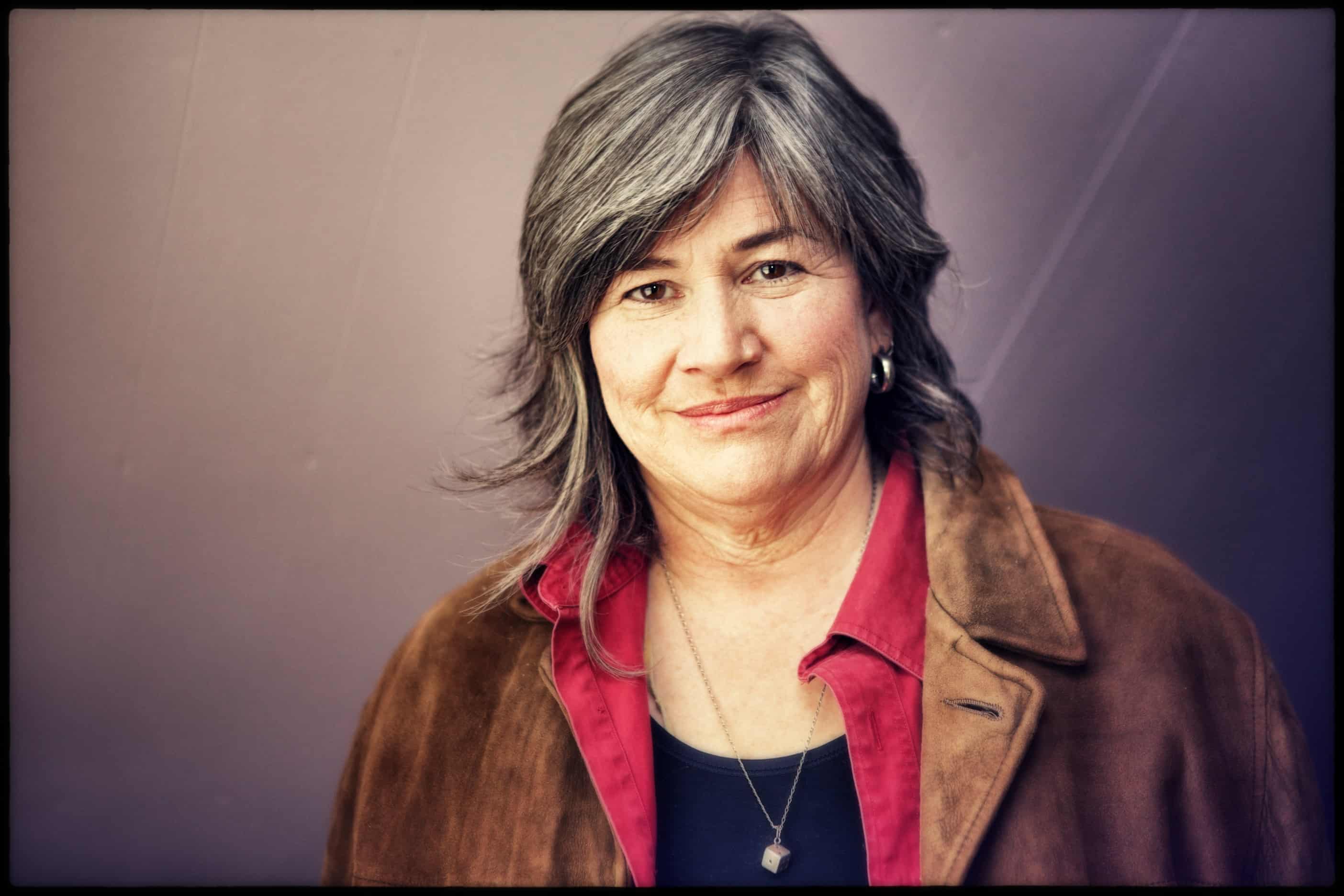 Yvette Nolan ​is a playwright, dramaturg, and director. Her plays include Annie Mae’s Movement, The Unplugging, Gabriel Dumont’s Wild West Show (co-writer), and the libretto Hilda Blake. As the Artistic Director of Native Earth Performing Arts, she has received numerous honours, including the City of Toronto’s Aboriginal Affairs Award and the Mallory Gilbert Leadership Award.

Most recently, Nolan was the librettist of the Canadian-Indigenous opera Shanawdithit (running May 16-24), which tells the real life story of Shanawdithit (1801-1829) who was believed at the time of her death to be the last known member of Newfoundland and Labrador’s Beothuk Nation. Nolan has joined forces with composer Dean Burry and Indigenous artists from nations across the country to interpret her drawings and tell this vital story.

I love to camp. My partner and I begin each camping season by going to Grasslands National Park and camping with the buffalo. They roam freely, and there is only a split rail fence between their territory and the campground, and so often you wake up in the morning and can hear them snorting and feel the earth moving from their hooves and their weight.

Denial is a huge thing for me these days. It feels like so many people are refusing to deal with so many things: climate change, misogyny, guns.

That my aging knees require care, including warming up before hiking.

My first professional role onstage was as a corpse in Joe Orton’s Loot.

What book/film/show have you really connected with recently, and what about it appeals to you?

I am reading Louise Erdrich’s Future Home of the Living God, which is a little bit apocalyptic and also completely current. It is a little bit Handmaid’s Tale and also a little bit hopeful. I just saw Lilies, lemonTree’s revival of Michel Marc Bouchard’s beautiful play, at Buddies and was moved and inspired. And I recently saw Ain’t No Mo by Jordan E. Cooper at The Public in New York, and it kind of blew my mind.

Enjoy every sandwich (with thanks to Warren Zevon).

Any goals for summer?

I would like to do a massive housecleaning, declutter, and send a bunch of stuff to the thrift store. Also, get some major work done on my thesis.

Be patient. This painful part will pass and you will discover the collateral benefit.

I left a relationship not because I didn’t love the other person (I did) but because I could not become the person I needed to be inside the relationship.

How my little brother, Michael, would sneak things in to our rooms in the night, so you would wake up and there would be, like, a shopping cart in your room.

There is a painting by the Ojibwe artist Terry McCue called Big Bear Dreams. I saw it in person in Banff at the Canada Gallery about eight years ago. It is six feet long and four feet high and the most beautiful thing. I wanted it so bad, but it was $8,000 and I am an artist. It is my wallpaper on my laptop, so I see it every day, but the real thing is six times bigger.

Climate change. For so long, the scientists were being silenced, or dismissed, or undermined. Finally, the world is starting to recognize that yes, Virginia, there really is climate change, but we are so far behind where we could have been if we had just listened.

What outfit do you wear more than any other (your uniform, basically)?

My current uniform is jeans, a T-shirt that is or advertises some kind of art, and my Johnson Shoyama Graduate School of Public Policy bunny hug (which is Saskatchewanian for hooded sweatshirt). Not only does it keep me warm in this cool, damp Toronto spring, but I am inordinately proud of it and I am currently pursuing a Masters in Public Policy there.

Well, there are two raccoons on my patio every morning, wrestling. That is pretty surprising.

I did not ever envision this life, but if I had wished for a life, I would have wished for this one.

What was the biggest challenge in developing Shanawdithit? What about it did you particularly enjoy working on?

I loved working in collaboration with the artists and the way the creation was always in dialogue with each other. Dean did not write music for parts of the opera until we saw what the collaborators were offering. And Dean and I were always back and forth on email, adding words in English or Beothuk, moving things around. It was a very organic process.

What do you hope audiences take away from Shanawdithit?

I would hope that people leave Shanwawdithit questioning what they think they know about the history of this land we live on, what they were taught in school, what the textbooks say, and who wrote those texts.