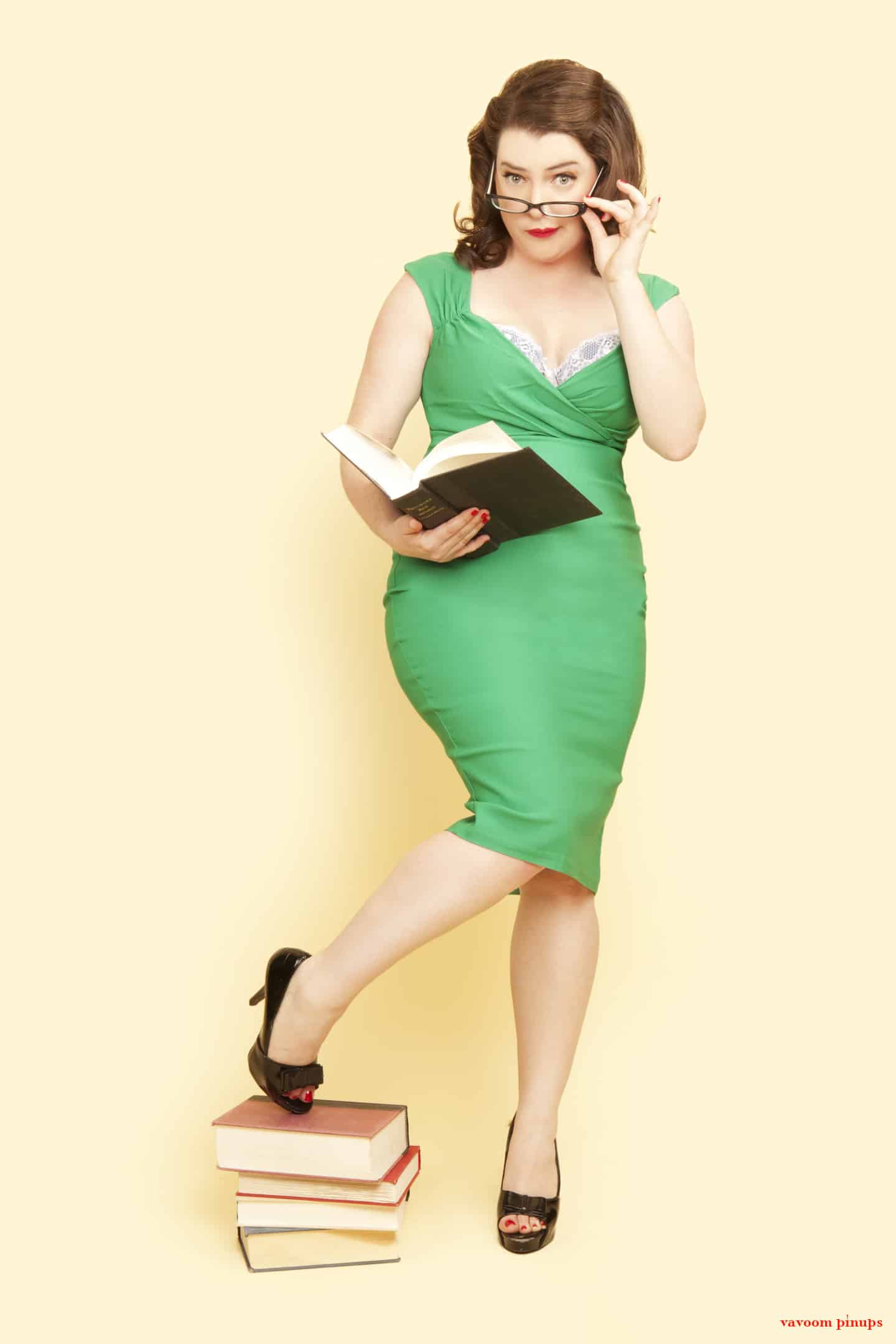 An Interview With Margaret H. Willison: The Internet’s Most Favourite Librarian

When we think of libraries, we think of how awesome librarians are. The raddest of all may be Margaret H. Willison, who identifies as both a librarian and a “culture witch.” Along with Sophie Brookover, Margaret is one half of the team behind the Two Bossy Dames newsletter, a wildly popular publication that brings all the savvy pop culture commentary you need to impress people at dinner parties directly to your inbox!

Margaret also co-hosts a weekly podcast called Appointment Television, which is dedicated to lively discussion of all your favourite TV shows, from current hits, such as Unreal, to cult favourites, like Terriers and Veronica Mars. Because one weekly podcast just isn’t enough for this busy lady, Margaret serves as a regular fourth chair on the touchstone that is NPR’s podcast Pop Culture Happy Hour. She’s basically the human incarnation of the zeitgeist.

We talked to Margaret about summer reading, her life as one of the world’s most famous librarians, and which TV shows she cannot live without.

SDTC: You are one of the Internet’s favourite librarians. What drew you to this particular career?

MW: I have always loved books, and I’ve known since I was very small that I’d be working with them in some capacity when I grew up. I narrowed it down to three possible fields: teaching, publishing, and librarianship. A lot of the times when people settle on a career, they do so by looking at the peak you can achieve, and aiming for it. I did the opposite: I looked at all three and thought, “What is the drudgery I’d have to trudge through day to day?”

For teaching, I felt like the pain of knowing kids so well, but only being able to help them so much, plus grinding bureaucracy, pushy parents (or BOTH) would burn me out. For publishing, it would have meant doing a lot of work to sell books whether or not I really believed they were great. I’m good at that – I could sell snake oil to a cobra – but I would never want to do that with books.

In libraries, it’s telling people where the bathroom is, teaching a grumpy seventy-seven year old how to use a mouse, and fixing broken printers. Librarianship is about helping people. And I am (like most librarians) pathologically helpful. If all I do in a day is tell people that they can find the bathroom down the hall and on their right, I still feel happy. So librarianship won.

What’s your favourite part of being surrounded by books all day long?

Two things: First, it’s the sheer cultural gluttony it enables. Anything that looks neat, I can take it home with no cost and no fuss. I hoard books from my library the way Smaug hoards gold: a big stack by my bedside and a collection above my desk for “emergencies” (like when I finish what was reading in the morning mid-day and might have to commute home with – GASSSSSSSP – nothing to read [except the 8-9 eBooks usually on my iPhone])!

The second is happenstance. At libraries, you will see weird old backlist books that are long out of print or merely unlikely to be carried in an actual store. You see the books your patrons request and return, titles you might never have found on your own that appear intriguing. And you can just TAKE THEM HOME WITH YOU and keep them! That serendipity is an everyday delight.

You are the co-author of Two Bossy Dames. What inspired you to start a newsletter, and what has been the most rewarding aspect of that project?

The answer to both parts of that question, it’s my co-author, Sophie Brookover. Sophie and I became internet pals through our mutual love of NPR’S Pop Culture Happy Hour, and after years of seeing links on each other’s Twitter feed or Facebook wall that we’d both shared, we recognized that we had a strong shared aesthetic sense, voice, and perspective. So Sophie (beautiful genius that she is) said, “We should do a project together!” and I said, “Great!” Then she said, “Maybe a newsletter, like the Ann Friedman Weekly we both love so much?” and I was like, “OMG, perfect, yes!”

My relationship with Sophie, the relationships we’ve formed with our core readers, and the ones we get to watch them have with each other, is definitely the most rewarding part. We started calling our readers “Dames Nation” very early on, and now it’s kind of real. And that community is ENORMOUSLY rewarding.

You also have Appointment Television, a podcast dedicated to vigorous discussion of your favourite TV shows. As a librarian who loves the art of television, what do you say to book snobs who look down on TV?

“Wait. YOU STILL EXIST?! HOW?! WHO HAS KEPT YOU LOCKED UP AND IN WHICH NUCLEAR BUNKER?”

More seriously though, when someone looks down their nose at anything I happen to love (and many things I love are profoundly low-of-brow and easy to sneer at), I point out that loving art is a conversation. The inherent quality of what you happen to consume is only one half of that conversation – the quality of attention you bring to your consumption is just as important, if not more so.

It doesn’t take any special intelligence to love “culturally approved things” in only a “culturally approved way.” But if you have the capacity to unearth absurdist humour and analytical insight in professional wrestling or Keeping Up with the Kardashians, you can sit next to me at a dinner party LITERALLY ANY NIGHT.

What is your absolute favourite TV show right now and why?

This is an impossible question because the answer is typically eight things long. BUT if I were at a bar and I heard someone talking about Crazy Ex-Girlfriend, the speed with which I’d inject myself into their conversation would be absolutely unseemly. I love it because it has radical compassion for its characters, managing to make them very lovable even while they do dumb or dreadful things. I love it for its diversity, seen both in the cast itself and in the choices they have made about the characters, addressing with humour and realism everything from Filipino-American life and mental illness to bisexuality. But most of all, I love it because it’s simply delightful – big, funny musical numbers, wonderful actors, bright, saturated colours, jokes that make me belly laugh. It is not for everyone, but it is VERY much for me.

What summer book recommendations do you have for our readers at She Does the City?