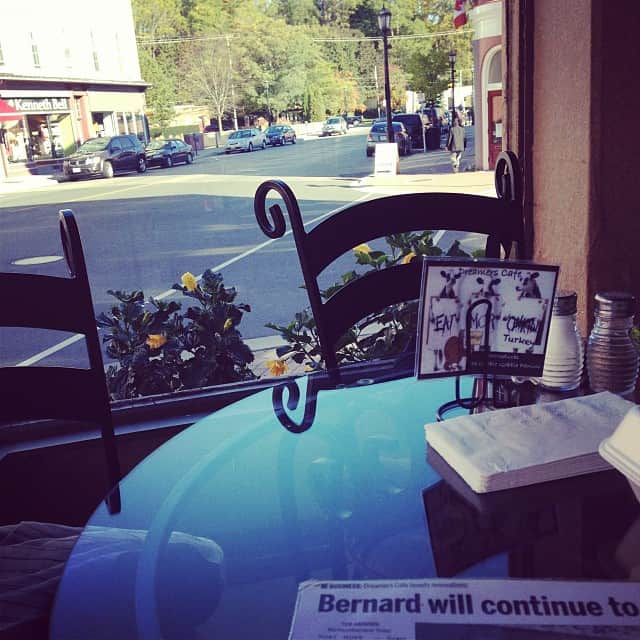 Fighting Food: My Battle with Binge Eating, Anorexia and Self-Destruction

I hadn’t eaten breakfast for years.  Since I was a kid.  By grade seven, I had started skipping lunch, too.  My mom would pack me a bagel and a snack and a juice.  I often gave the snack away, drank the juice and broke the bagel into pieces, making it look as though I had eaten at least some of it.  By evening I was starving. I would crave fattening and greasy foods like pizza, fast food and chocolate.  My body wanted anything I could put into it; everything I had been denying it for the whole day.  I would binge on these foods to make myself feel momentarily better.  Ultimately, my weight fluctuated, and I gained quite a bit in my early teens.

The starvation I experienced never matched the emptiness I had felt inside. Nothing could ever fill me, so by 13 I gave up trying. I stayed home and skipped school as much as possible; I didn’t have much energy to spare. I drank water and sometimes diet coke for “sugar.” After a few months, I lost an obscene amount of weight.  I was losing my hair and my skin looked grey. Everyone told me I looked great, yet I felt anything but.  I was starving for something much larger than food. Perhaps I was starving for a sense of self, a sense of worth.  At the other end of the disease, I had neither.

I was once told that the way we women view food is inevitably the way we view ourselves.  Perhaps I didn’t think I deserved nutrition and health; maybe I felt the need to shrink in size because I was taking up too much space; or life to me tasted bland and was a battle rather than something to be enjoyed.  My relationship with food, as a recovering anorexic, is an ongoing process of growth. I’m not ashamed to say I starved myself for many years, nor am I ashamed to say I am still working on my relationship with food.

I only partially believe that the media and popular culture is to blame. It would be overly simplistic to point the finger at the pages of magazines, and Victoria Secret ads, and I’m sure, quite appeasing. But the truth, I believe, lies critically deeper than that.  There are a few realities at play in my journey through anorexia to a place of healthy nutrition and positive relationships with food.

First, we live in a culture that deems food to be a bit of a chore. I was raised on McDonalds in an era of limited time and fast food; as though no one here has time to make good food and take care of their bodies (this has almost been the hardest lesson and remains the strongest barrier on my road to good food and health). This is a reflection of the structure of the Western food system, its accessibility, and its implications in different communities. In other words, it’s not breaking news that the bottom line of the food system is just that: the bottom line (money, not health). Education, or a lack thereof, are integral parts of a whole system that is unsurprisingly malnourished.

Further, the feelings of rejection and alienation that I experienced as a kid on the playground during recess are still there.  The scars live right under the surface of my skin; women and girls were never supposed to be fat, we are supposed to be tiny and frail, unable to fight back. Because—didn’t you know?—fat is not fabulous. We thank the patriarchy for that, coupled with an oppressive capitalist system that lays heavy emphasis on our abilities to produce and reproduce and nothing more.

I am happy to see that from where I stand now, as a 25-year-old (whose belly has been growing a bit as of late because food is just so damn good), these things seem to be in a process of change. Fat is becoming more and more fabulous, and many activists, scholars, farmers, and food lovers are working to change the paradigm of our food system with an emphasis on health and good, real food (fast or not).

These days, when I’m hungry, I eat.  I never skip breakfast. I love fruits and finding new recipes. Smoothies are my thing. Learning about all aspects of food, from nutrition, to energy to farming, is an amazing opportunity I am grateful to be able to appreciate having been on the other side, fighting food from within and with out.