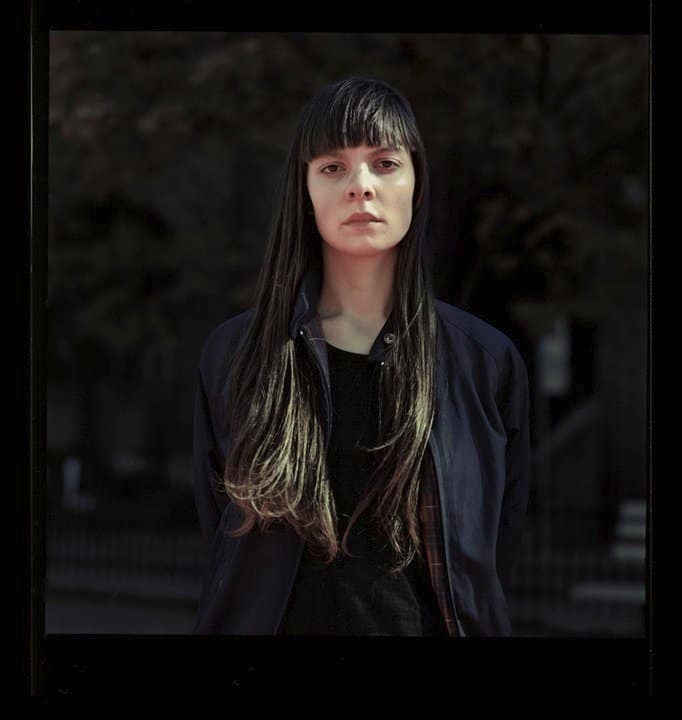 Elisa Julia Gilmour is an emerging Canadian artist producing still and moving images. Her most recent project, Éperdument (Madly) (2016), investigates how a Corsican mythological figure has enlivened a contemporary sense of identity.

Gilmour is one of three recipients of Scotiabank’s New Generation Photography Award, in partnership with the Canadian Photography Institute of the National Gallery of Canada. The prize, designed to support the careers of young artists and to help them reach their potential, recognizes three young Canadians working in lens-based art.

We caught up with Gilmour this week.

EJG: I am in the middle of working on a screenplay about Corsica as a place of departure and arrival and the intergenerational ruptures caused by migration. It would be a thrill to dedicate myself entirely to this project.

“Territory” by The Blaze (the song but also the music video).

Nothing to worry about. In fifteen years, Scotiabank and the Canadian Photography Institute will launch an award to provide you and two other women the platform to elevate your practice. To be even more ambitious. To give a public life to your work!

On the morning of Wednesday, March 13, the day the announcement was made that Deanna Pizzitelli, Meryl McMaster and I were the recipients of the prize, I watched the Scotiabank video about why the jurors chose us, and there it was: the voice of artist Stan Douglas describing my work. This had a very big impact on me.

Going to the car wash in someone else’s car.

First and foremost, being eligible for the Scotiabank New Generation Photography Award! Secondly, being the first to go grey. And thirdly, in “The Advantages of Being a Woman Artist” (1988) the Guerrilla Girls made many ironic statements that could also apply to this question, but I’ll leave you with this one: “Having an escape from the art world in your 4 free-lance jobs.”

I’ve got two, and they have innumerable qualities. But they are both able to make me speak and will speak for me when I can’t.

Exhibitions: Say Something Bunny! (2016) by Alison S.M Kobayashi, and Rudzienko (2016) by Sharon Lockhart.

Theatre: The Unending (2016) by Convergence Theatre, and Take Me Back to Jefferson (2015) by Theatre Smith-Gilmour.

All of the works in Faux Guide (2015-ongoing) by Yto Barrada. Her assemblage of colour, texture, dimension, tone, media and scale is very inspiring. As she guides us through her collection of patterns, imprints, images, fossils and artifacts from Morocco, she questions the notions of authenticity, fetishism and tourism in musicological and natural history archive practices and their industries. It’s an elaborate work that I could sit with.

A marine engineer or a falafel juggler.

Wrestling, charades, basketball, would you rather…the list is long.

For inspiration there is always exciting work shown at TPW, Scrap Metal Gallery, Mercer Union, Daniel Faria Gallery, MDFF screenings, there are always great artists hustling at 89 Wade Avenue, Studio 211 and LIFT, and there is always a place for me to reflect in the Dufferin Mall food court, Leslie’s Spit and the many Toronto libraries.