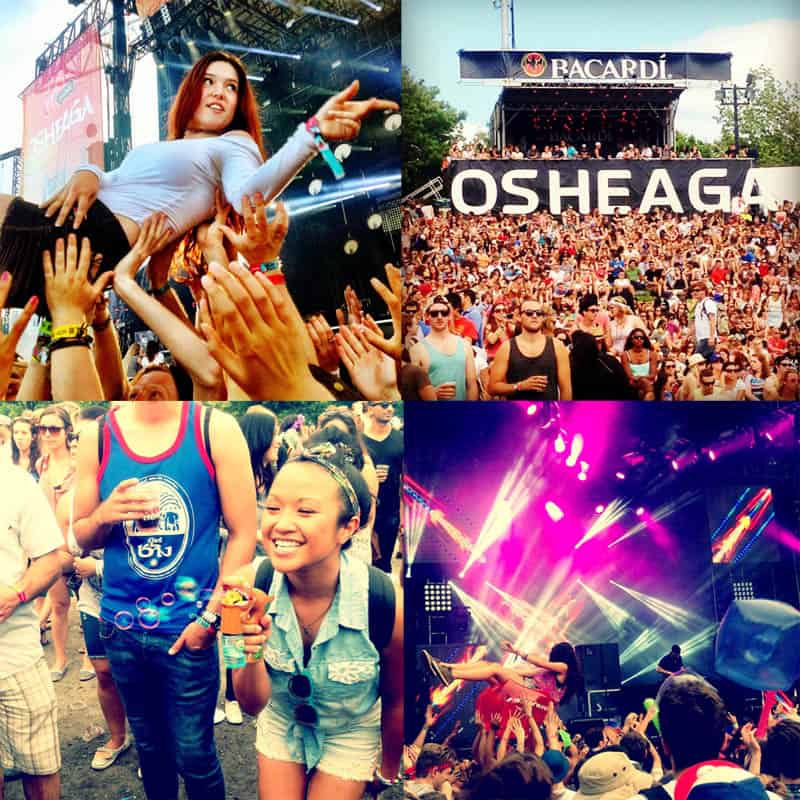 20 reasons why you should have been at Osheaga 2013

A year ago, I didn’t think it was possible for Osheaga to get any better. Then this past weekend happened.

With a record-breaking 135,000 people in attendance at the sold-out music festival, there wasn’t a crevice of space at Montreal’s Parc Jean-Drapeau—and we wouldn’t have wanted it any other way.

Though it was a roller coaster of emotions this time around—depression from Frank Ocean’s cancelled appearance, disappointment with the K-Os replacement, butterfly love for Vampire Weekend, anger from strangely aggressive Mumford and Sons fans, fear of lightning, wild happiness from Hot Chip—by the end of the weekend, there was no doubt in people’s minds that Osheaga had become one of the best music festivals in the world.

Here are 20 reasons you should have been at Osheaga 2013:

1. Practicing the Fine Art of Festival-Going. Take what you’ve learned at work and hone your organizational skills. I’m talking about developing a strategic plan to maximize your fun levels to produce a gratifying ROI in the end. Map out all the acts you want to see and know exactly who you want to catch up close and who you could chill to from further back. Schedule your nourriture recharge in between sets. Discuss with friends which bands would make more sense to catch over others, keeping in mind the frequency of their tours. This is serious business, yo.

2. Whose idea was it to have the two main stages, La Riviere and La Montagne, side by side? Straddling between stages means lesser distances to walk and lesser wait times after every act. Brilliant.

3. Ezra Koenig’s eyes could tame a wolverine. Blown up on the giant screens, we were hypnotized by the always-charming Vampire Weekend crooner. Also, I’m changing my name to Hannah Hunt.

4. Crowd-swimming is a new sport invented by Thomas Mars of Phoenix. Nearing the end of their epic set, the lead singer disappeared towards the back of the at-capacity site only to breaststroke on top of the crowd towards the stage, along to “Entertainment.” Someone needs to make this a professional sport ASAP.

5. Battery-operated bubble machine guns are key to life. Nothing beats hearing grown men yell out “BUBBLES!” and seeing instant smiles form from the sight of floating soap balls. Also recommended: shooting bubbles inside the car during long traffic jams. Pure happiness all around.

6. Sprinting to catch Beach House’s extended set (due to Azealia Banks’ cancellation) increases endorphin levels. That and slow-dancing to my future wedding song in the middle of a field.

7. Catching The Cure play “Close to Me” and dancing barefoot on the turf grass makes you forget all your problems. Though the crowd turnout matched the sadness of the lead singer’s “bored house-wife” hairstyle, he was able to redeem himself with this uber cute jam.

8. Two words: After. Parties. So many to choose, so little time. From Rich Aucoin’s Daft Punk Tribute Show at the Corona Theatre to Sango’s insane trap set at Le Belmont, the possibilities were endless. Just don’t forget the Red Bull.

10. Seeing Stars play in the smallest venue in Toronto then in front of thousands on the main stage was a lovely sight to see. “We will always be a liiiiight…”

11. The look on people’s faces when Macklemore’s mullet-haired alter ego Sir Raven Bowie hit the stage. I couldn’t tell whether it was a look of concentrated awe or confused amusement. Either way, I’ve never seen so many bodies congregate to see a white rapper since Eminem at Bonnaroo in 2011.

12. Realizing I need to go back to my Fit Chicks Bootcamp classes after seeing Ellie Goulding and Jessie Ware’s washboard abs onstage. Showoffs.

13. Witnessing Bro Bumper Cars during the barely legal DJ Porter Robinson’s set. Yes, muscle-men bros in bright tank tops purposefully bumping into each other in a big circle. It may sound ridiculous, but their enthusiasm for the beats was highly entertaining and surprisingly infectious. It also baffled me how this effect was generated from the music of such a young little (talented) boy.

14. Beards, beards, beards. Like the beautiful yeti kind. I think I told a grizzly man I loved him as he passed me by amidst the crowd.

15. Tearing up watching the 65-year-old Charles Bradley ask everybody to “give love.” This man oozed so much soul and gratitude for life, it hurt. We felt it, alright.

16. Daydreaming of having Big Boi’s throne in my living room. The hammocks at Molson Canadian’s Chill Zone area came in a close second.

17. Keeping with a tradition my sister and I celebrate at every music festival: Eat-Dancing. Last Osheaga, we danced hard to Yeasayer while sweet, sweet corn-on-the-cob juice dripped on our arms. This year it was cheesy pizza cones and Disclosure. Jessie Ware’s appearance sweetened the deal while the catchy closer “Latch” had everyone bouncing around.

18. Best set of the fest? Hands down, Kendrick Lamar. He had us wrapped around his little Compton finger, commanding us to scream as loud as we can and repeat curse words after him. I never thought I could get chills from the words “Bitch Don’t Kill My Vibe” but I’m sure the thousands who gathered felt the same.

19. Ditching Mumford and Sons for Hot Chip was the best decision I ever made. I’ve never danced so hard to cowbells in my life. 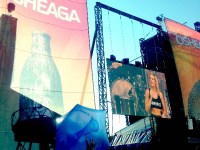 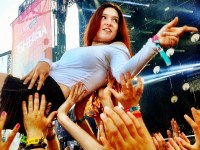 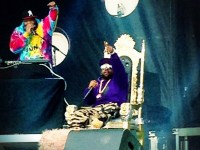 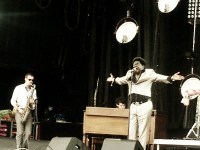 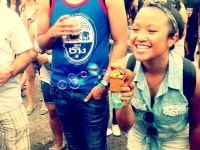 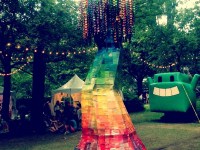 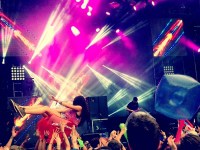 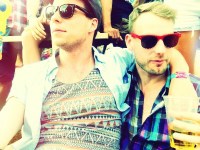 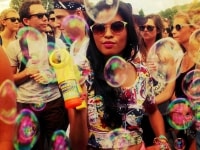 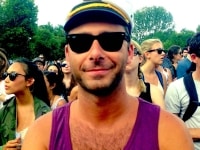 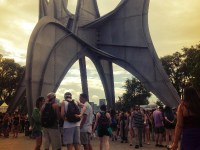 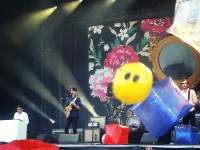 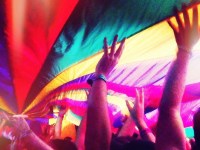 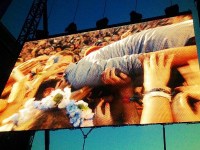 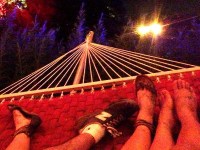 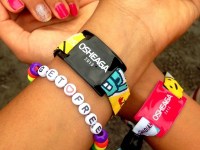 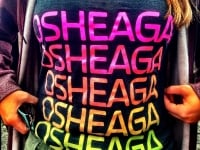 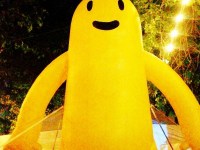 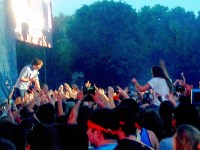 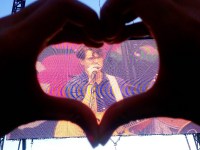 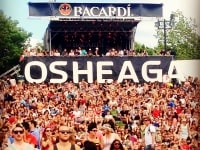 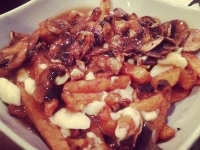 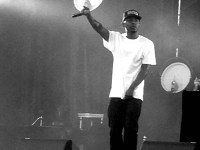 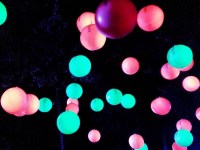 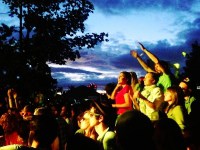 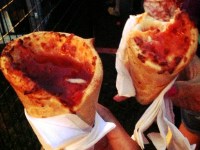 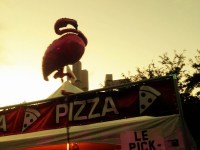