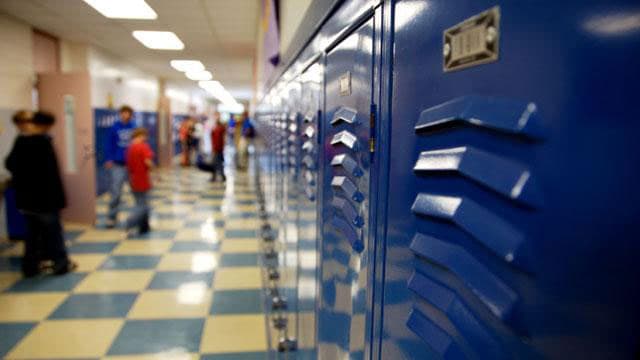 Grade 10 was possibly the grossest year of my life.

I had glasses, braces, a perm, and wore sweat pants. My old friends had changed and according to them, I wasn’t cool enough anymore. Being 14 sucks, and I don’t wish it on my worst enemy. But, I developed a thicker skin. I made new friends. I took chances. I got funny. When you look like a four-eyed clown with braces you realize; “OH SHIT. I really need to get a personality.” By the time grade 11 came along, the braces were off, the perm had grown out and I had a new crew of friends. Even my former asshole friends and I were on better terms. I was ﬁnally taking creative chances. I was doing things on my own terms, instead of being a follower.

I’m still friends with about 20 people from high school. And I’m starting to feel those painful high school feelings again.

Because of my job as a stand-up comedian I’m often on the road. When I’m in Toronto, I’m doing shows almost every night. I’m doing what I love, but I often feel like I’m missing out on friendship. Don’t get me wrong, I have a ton of comedians pals who I’m very close with, but stand-up can be lonely. I mean yeah, I want to get together every Monday and drink wine and watch The Bachelor BUT I also want to do a set at The Rivoli because performing is my job.

A few months ago I was part of a The Bachelor pool and I never even watched a single episode. I remained on the Facebook thread where my friends would talk about all the crazy things that were happening. “Sheila is such a nut job! I wonder what REALLY happened in the hot tub that night.” I didn’t leave the Facebook thread because; A) I have serious FOMO and B) I wanted to know what REALLY happened in the hot tub. I felt that if I stayed in the thread, I would still be part of the friends group.

A couple weeks ago, two of my good high school pals celebrated their birthdays. They decided to stay in the city and have a big brunch. I LOVE BRUNCH! I knew a couple of them were going to a mutual friend’s wedding the night before. I wasn’t invited to the wedding, but I understand why I wasn’t, seeing as I’m not super close with the couple.

When Sunday brunch rolls around I soon realize that almost every person there (we were a group of 16) had gone to the wedding. Cool. I found myself saying a lot of things like “Oh, I didn’t realize you were such close friends with them!” and “You were there too?! NEAT.” Everyone was hungover and buzzing about this wedding that I convinced myself was the Wedding of the Year. I felt like everyone had been invited to Beyoncé’s wedding but me.

My friends are not in the wrong. They were in no way trying to hurt my feelings. It’s my own unresolved bullshit. It’s my fear of not being cool or loved. It’s that painful feeling of everyone moving on to bigger and better things, and leaving me in the dust. Feelings are valid, but it’s time to face the facts. Life is not high school. We are not expected to show up at the same building ﬁve days a week and barely pass Law class and eat cafeteria fries. We’re free to move wherever we want to move, pursue our careers and make friends with anyone and everyone along the way.

The next time I see them I want to enjoy my time with them, instead of acting like the victim I created in my head. In the real world there are bigger problems to worry about than not being able to hang out with your friends. Instead of bitching about petty high school problems, I’m going to focus my attention on my career and on getting invited to more weddings. I’m a super fun wedding guest and have a ton of dresses that are just DYING to be worn.

Julia Hladkowicz is a comedian and actor who has won numerous awards in the world of comedy such as the Hogtown Comedy Festival Directors Award, 2008 Fresh Meat Showcase Nomination, the prestigious Brian Linehan Scholarship Award and was crowned Last Comic Smoking. Julia Has appeared on The Comedy Network, Video on Trial and on SiruisXM.