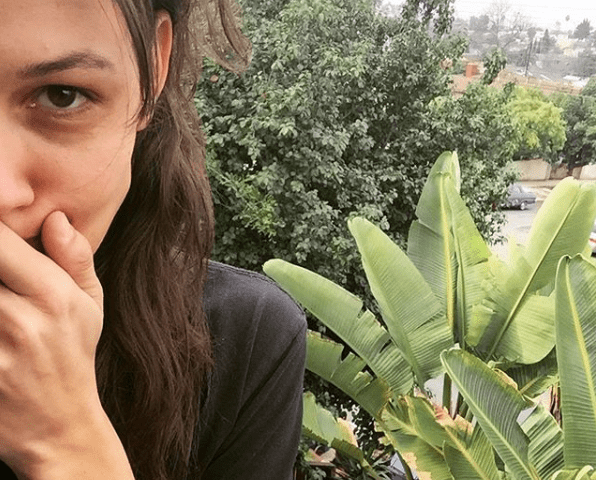 Aimee Bessada Takes You Under The Covers This November

Composer, songwriter and performer Aimee Bessada is an alumni of the prestigious CFC Slaight Music Lab; has created music for How To Buy A Baby, Irreplaceable You and Hulu series Holly Hobbie; and has toured internationally, opening for artists like Cyndi Lauper and Sia with her band, Hunter Valentine. In 2015, Bessada released her solo debut EP A Dream, A Coast.

SDTC: What song is your fave from your upcoming Uncovered concert?

I moved to Los Angeles in the last year, and I love it out here, but it’s taking some time to feel settled. I’ve learned to be patient and focus on the present and not worry too much about the “what if’s” of the future. Some days, at least.

What’s your earliest memory of connecting to a Prince song?

I’ll admit it was way too late in life before I first watched Purple Rain, only a few years before he passed. Every song in that film floored me, but by the time it got to the title song at the end of the film, it was like – I know this is cliché – hearing it for the first time. Goosebumps. Tears. Questioning everything I’d understood about music up until that point.

Tough question. Maybe it’s a good thing I can’t really think of anything. I’m sure I have been given bad advice at some point, but I suppose I’ve since blocked it out! So maybe not a single specific piece of advice, but whatever combination of lessons I learned early on that instructed music to be formulaic. As in, following the typical song structure of verse-chorus-verse and so on. I love pop music, but I think I spent a long-time writing music that stayed within those strict parameters and nowadays, most of the music I listen to doesn’t follow those rules.

Take what you need and leave the rest!

Which artist is currently in heavy rotation for you?

Take more pictures. Write more journals. Don’t worry so much. All of this still applies.

I feel strongly about people practicing mindfulness with words they use that may be hurtful to others. There’s a lot of people who feel overly policed about language these days, but I think that for all the griping we do about social media, it’s elevated our awareness and our connection to the world around us. So if an individual or group of people say a word is hurtful or unacceptable, then I think we should respect that.

I think you can’t go wrong in blue jeans and a clean white tee.

A morning run. 1-2 coffees. Doing a crossword while watching a movie I’ve seen 30 times. An early evening hike followed by a slow dinner and finish with ice cream from my favourite spot in Atwater.

What do you prefer; the touring band life (a la Hunter Valentine) or stage shows like Uncovered?

Well, the touring life is great. I felt at home in it. And it meant being on stage 3-5 nights a week! So I guess the dream would be Uncovered: On the Road.

Uncovered will be taking place November 4 – 7 at Toronto’s Koerner Hall and November 8 – 9 at the George Weston Recital Hall, Meridian Arts Centre (formerly the Toronto Centre for the Arts), produced in association with TO Live. Grab tickets here.

Reminisce the blackout of 2003 by attending ‘Blackout: The Musical’, part of Canadian Stage’s Dream in High Park