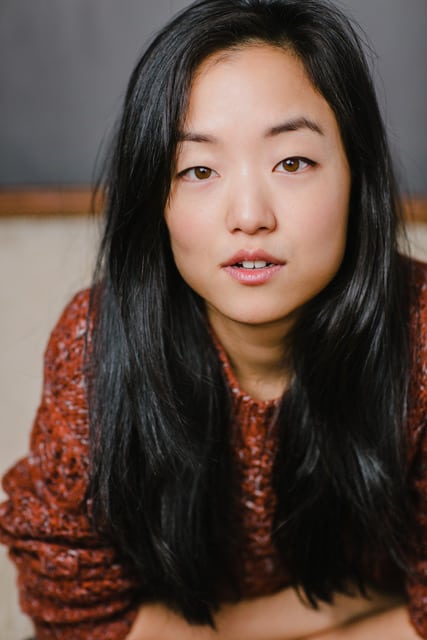 Andrea Bang Returns in “Running With Violet” This July

Burnaby-born actor Andrea Bang returns in Running With Violet, a dark comedy about two women on the lam (with a preschooler in tow). Now in its second season, this latest installment continues the mayhem with a kidnapping, an unhinged crime boss, a few deaths, and Violet’s fifth birthday. Bang also plays Janet Kim in Kim’s Convenience and recently scooped up a Canadian Screen Award nomination for Best Actress in a Comedy Series.

AB: Ah! My unrealistic dream vacay is sitting on a cloud and getting massages 24/7 while I shovel all my favourite foods into my mouth. And add a couple visits to an epic water and amusement park. Oh, and teleportation exists so my friends can join and leave when they want.

But a more realistic one right now would be a countryside somewhere. Last year I went to Hawaii and it was everything I had hoped. I would hike/walk around during the day and sit on the beach at night. It was sooooo refreshing. So something like that but surrounded by acres of green.

I like mushrooms. I used to hate them, but now I’m all about that mushroom risotto and cream of mushroom soup!

What how have you connected with recently, and what about it appeals to you?

I’m currently bingeing Elementary. I wouldn’t say I connect to it on a personal level, but it’s super entertaining. Perfect after a long day on set. I love a good crime show with interesting characters. And have been a fan of Lucy Liu since Ally McBeal and Jonny Lee Miller since Hackers.

I honestly can’t remember. I have a terrible memory. I also zone out when someone starts giving me bad advice. But there was this one time when I was in university and someone from the commerce program told me I shouldn’t be in the arts because it’s not practical. It was such a weird conversation because I didn’t know him, and he was still giving me unsolicited advice. Safe to say, I didn’t take it.

Finish filming Kim’s. And see more of Toronto and its surrounding areas.

I’d first have present Andrea research stocks, then tell 2014 Andrea what to invest in.

There’s so many! There’s a video of my sis and I passing a ball back and forth. She threw it to me and I didn’t catch it (no fault of hers). Then I hit her on the arm and started crying. I always laugh because it’s such a brat move.

A castle. I’d be too scared to sleep in one myself, but this way I could say, “Hey, check out my castle.”

A frother I got in the past year has made my life a little happier. I move/travel around a lot and fizzy water and tea tend to comfort me. It’s something I can get no matter where I am, or easily pack in my luggage. I love my matcha lattes, and at one point it was part of my morning ritual. Instead of going to a coffee shop, I would just make them at home. When I shot a film this year, I had matcha lattes every day with my frother. Not only did it jumpstart my day but it grounded me for the work day to come. And did you know you could get a frother for as little as $10?! I mean, c’mon!

Sweats, flip-flops and a hoodie.

The kindness of strangers. I got on a bus without realizing my Presto card was empty and I had no money on me. Then a complete stranger offered to pay for my fare! It was soooo nice! There are a lot of jerks out there, but there are way more nice people in the world.

Not at all. If you had told child Andrea that she’d be working as an actor now, I would’ve scoffed and rolled my eyes. Hard. I mean, I always wanted to be an actor but never thought it was a possibility. Thus, I dabbled with many other career ideas. Little Andrea probably thought she’d go into graphics or fashion or something else creative, but not acting. She DID think she’d be talking about herself in the third person, so that’s a check-marked box.

Running With Violet Season 2 comes out on July 15, but there will be a special preview at TIFF Bell Lightbox on July 11. Grab tix here.