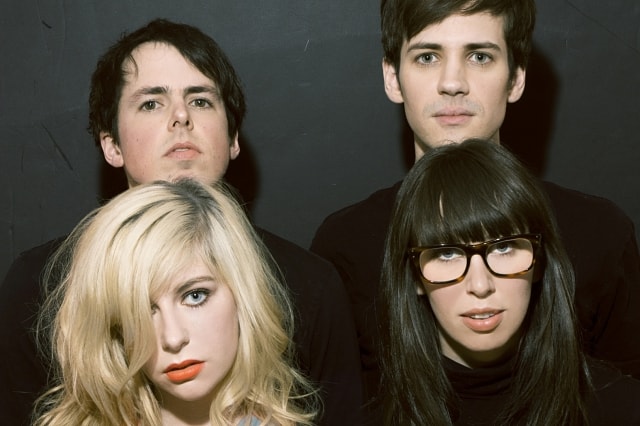 Behold, Canada’s top 10 albums of 2014 that should enter your ear-holes NOW.

1.  Alvvays – Alvvays
Reason why in one mini sentence: “jangly female-fronted sunshine pop-rock isn’t a new thing, but crafting it with perfectly catchy melodies and unique songwriting is what makes this record stand out.”

2.  Mac DeMarco – Salad Days
“Mac DeMarco is a total gooftball sh*t disturber, but he’s also a fantastic songwriter.  This album really puts that at the forefront.”

3.  Badbadnotgood – III
“Kudos to BBNG for introducing a whole bunch of hip hop kids to intricate but totally accessible jazz music.  If your grandma knew what was going on in your earphones, she’d be pleasantly surprised.”

4.  Bry Webb – Free Will
“ While I’m sure it’s been cathartic for the lead singer of Canadian indie heroes the Constantines to embrace his younger self with a full-energy reunion tour in 2014, his under-the-radar second solo album ‘Free Will’ perfectly captures the other, softer, side of him as he’s come to embrace fatherhood.”

5.  Caribou – Our Love
“Caribou aka Daniel Snaith is a Canadian electronic music maker with great influence at an international level.  Most are calling this album his best work yet, and it’s certainly the one most likely to catch the ear on first listen.”

6.  Absolutely Free – Absolutely Free
“The debut album from Toronto experimentalists takes you on a whacky yet groovy journey through outer space. At times you might feel like you’ve spiralled out of orbit, but then the melodies and synths pull you back in.”

7.  The Wooden Sky – Let’s Be Ready
“The CBC Radio 3 folk-rock thing is a bit tired, which is why it seems serendipitous that The Wooden Sky go a bit more ‘Tom Petty classic rock’ than quiet, Prairies-influenced introversion on their latest, which is a perfect addition to their already excellent discography.”

8.  Lowell – We Loved Her Dearly
Lowell has an intriguing back story that belies her age and limited discography.  This album is a debut full-length, but it’s an edgy pop record that comes with a confidence level that is super rare for a new artist.”

9.  Teenage Kicks – Spoils of Youth
“While much of Toronto’s live music scene has abandoned rock-n’-roll for the latest trend, blue-collar boys Teenage Kicks’ first full-length demonstrates that staying true to oneself has more lasting power than hopping on the next bandwagon.”

10.  Ryan Hemsworth – Alone for the First Time
“Originally from Halifax, Hemsworth music walks the line between pop, hip hop, and electronic music.  He’s a producer that has a super bright future representing Canada whilst collaborating with top music names in the world.”