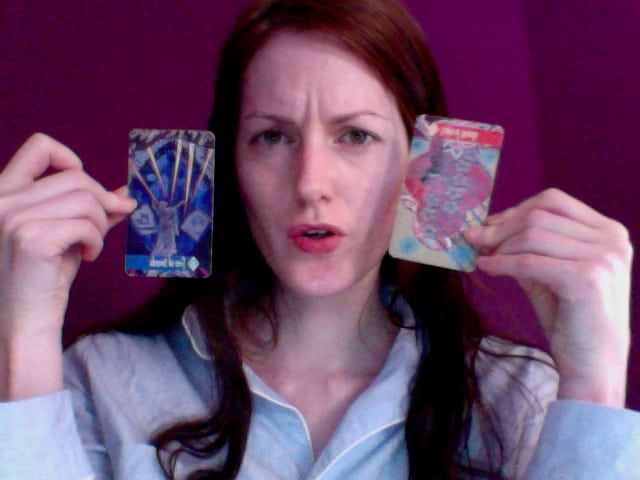 Blame it on the (Mercury) Retrograde: Why Your Life Is So Terrible Right Now…Or Is It?

So, how has your June been? Have you experienced more-than-usual delays (even for the TTC) during your commute? Have you been having more-than-usual dumb “what are we even fighting about?!” arguments with your GF/BF/BFF?  Does it seem like nothing you do or say is getting through to people, including emails, texts and basically everything and anything that comes out of your mouth?

Mercury Retrograde and I go way back. I spent my adolescence at the local New Age shop where I learned the basics of astrology, bought my first deck of Tarot cards, and understood the power of crystals (Katy Perry was onto something when she said rose quartz attracts “the male,” by the way). So, of course, blaming the movements of a certain planet for my current funk is way up my alley. But even Scullys (skeptics, non-believers, redheads) of astrology seem to believe in the crazy aftermath of Mercury Retrograde.

If you have no idea what I’m talking about, let me break it down for you.  All planets go retrograde—which means that it looks like it’s going backwards in the sky—but Mercury is the biggest pain in the ass. When planets go backwards, everything they represent goes backwards, too. Mercury hits us hard because that little guy rules communication, travel, clear thinking and truth.

So what happens exactly? The world goes bananas. You start WWIII with your BF over watching the World Cup vs. The Bachelorette. You don’t think, or speak, in complete sentences at times. You feel foggy and funky. Your dishwasher breaks down. Your Android falls into the toilet. Your flight to your brother’s destination wedding is delayed. And delayed again. You don’t receive all the information you require on time, so you feel reluctant to sign the lease on that new apartment. Even your much-anticipated Amazon shipment doesn’t arrive on time! Oh, and don’t be surprised if old lovers, friends or acquaintances send you a Facebook request.

There are life glitches galore for a couple of weeks, a few times a year, (this particular retrograde started on June 7, although usually its effects are felt a few days beforehand) and then everything goes back to normal. Phew.

Personally, I want this one to end yesterday. Shit’s been tangled up bad. I found myself getting into bizarre arguments with loved ones over nothing, and feeling like I was in a lost daze of emotions that ranged from pissed to melancholic to emptiness (basically the worst kind of PMS that wasn’t PMS). Business contacts weren’t emailing me back, friends weren’t texting me, and I felt super stuck. I didn’t want to write. I didn’t want to pitch stories. At first, I chalked it up to my post-vacation hangover, but when I realized it was Mercury Retrograde, I knew it was that fucker.

And what did I do? Instead of fighting against it (which is what I normally do), I let it happen. I let Mercury have his way with me. I went into hermit mode and forgave myself for being irritable and frustrated, knowing that nothing was going to work out the way I wanted to right now, and that was OK, even for type-A me. That’s the thing about Mercury Retrograde. For those of us who have our shit together, or, at least, like to think we do, it can kick us on our ass. But it can also provide us with the opportunity to sit back and re-examine our life and see what’s working and what’s not, while letting life take the wheel for a while. It’s also the perfect time to be kind to ourselves. When things don’t go our way, we often beat ourselves up, but if we just go with the flow and treat ourselves like the awesome person we are, then life has a certain way of working itself out.

Here are some other quick tips to handle Mercury Retrograde:

There are 10 days left in this cycle (Mercury finally goes forward on July 2), the end is in sight, and, this time around, I’m going to make it to the finish line, invigorated and peaceful, instead of my typical, hot, sweaty mess (even if it is the end of June and my AC isn’t working).

Oh, and just so you know: the next Mercury Retrograde is Oct. 4.