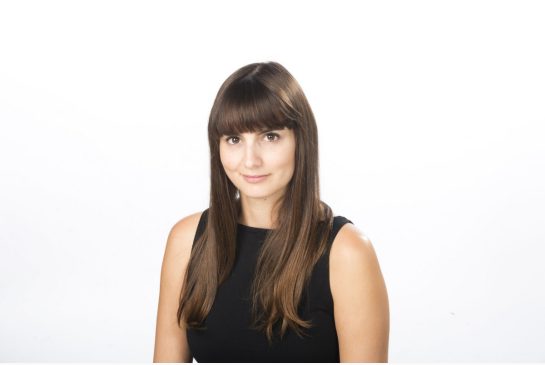 The media landscape is shifting. Layoffs, cutbacks and uncertainty about the future have cast a shadow over much of the industry. In our new series, “Bylined: Women in Journalism,” we talk to notable women working in journalism to find out how to survive (and thrive) in the current climate. For this installment, we chatted with Emma Teitel, an award-winning national affairs columnist with the Toronto Star.

ET: I majored in English at Dalhousie University and I studied philosophy in the Foundation Year Programme at the University of King’s College (affiliated with Dal), where every ten days or so we had to write a short essay. For me, the program was kind of like a column writing boot camp. But what really helped me get my foot in the door was freelancing for Maclean’s On Campus. I wrote two freelance pieces for Maclean’s while I was in undergrad: one about university students pretending to have the H1N1 virus in order to avoid their exams, and another about tutoring adult ESL at the Halifax Public Library. In 2011, I began a summer internship at Maclean’s. They liked my voice and gave me a shot writing columns for the web and when my internship ended I was hired on full-time as a columnist. I wrote a column for Maclean’s for four years until I moved to Toronto Star as a National Columnist in September 2015.

Give yourself a full half hour or more for fact checking. I learned this from a former colleague at Maclean’s, a fantastic researcher and reporter to whom I am eternally grateful (and without whom I might be in jail.)

Don’t read too much into your employer’s tone in email. If someone is terse or doesn’t respond, it’s probably because he or she is busy. If email tone is something that stresses you out, ask important questions of your editors face to face. It will save you a lot of anxiety.

More layoffs, an intense focus on multi-media and social media “platforms” (the word “platforms” is everywhere these days) and heightened cynicism in general. Also, the word “engagement” is everywhere too. So I suppose I’ve noticed a significant drop in job security and a spike in buzz words. As Dumbledore once said, “Dark times lie ahead.”

I always knew I’d be a professional writer but I didn’t seriously consider a career in journalism until my final year of university. I took a journalism feature writing course with Lezlie Lowe — now a columnist with The Chronicle Herald — at the University of King’s College. I’ve never done very well in school. Even in English class, I lost marks for being too colloquial and starting sentences with “but.” But I did very well in the feature writing class and had a great time. For the first time in my school career I felt like a good student. And I thought: maybe I could do this for a living.

For me, it’s social media. I still haven’t figured out how to “build my brand,” so to speak, on Twitter. When I am done my work I like to disconnect completely, but if you want to develop a large following online, I don’t think you can do that. Or at least, I’m not sure how to do that. I really admire journalists who are able to be so prolific and interesting on social media and in print.

I enjoy filing my column, streaming Pretty Little Liars, and tuning out. I like things associated with writing (getting nice letters from readers for example), but I detest the act itself. In fact, I would rather do almost anything else: go to the dentist, clean my toilet, even watch CPAC. (Although, I admit, I am having fun writing this right now). I suppose what I enjoy most is corresponding with readers. I am very grateful that I get paid to express myself and people take the time to write me letters. I am especially grateful when I get emails from people who say they disagree with me but enjoy the way that I write.

I am afraid and excited. But I try not to think about it too much. I have a great job and am very lucky. If anything changes, I will probably become a club promoter or a butcher.

1. Find a mentor and stay in touch with him or her for as long as you can. It doesn’t have to be a boss or an editor, but anyone in your industry whose experience exceeds your own and who you can speak with candidly about your goals, conflicts, and anxieties. I am privileged to have a parent in the industry so I didn’t have to look far to find a mentor. (My dad is a journalist and without him I wouldn’t be where I am today.) If you don’t have that privilege and are unable to find a mentor at work, it may be a good idea to attend industry events. Broadsheet (a semi-regular meetup for Toronto women in media) is a great example. You can also email a reporter or columnist you admire and ask to go for coffee. Most people are nice. If you are new to the industry and would like to talk to someone, feel free to email me: eteitel@thestar.ca. I will buy you a drink.

2. Speak your mind, but be kind — especially to other women. Madeleine Albright’s recent suggestion that there is a special place in hell for women who don’t help other women was totally inappropriate in the context of the U.S. election, but it’s applicable to everyday office life. Don’t be a bitch to other women. Don’t begrudge the successes of your female colleagues. Celebrate them. There can be more than one talented young woman in any given workplace.

When I was an intern at Maclean’s, my first assignment was an obituary, and the mother of the deceased phoned me to express how much she appreciated the way in which I told her son’s story. This meant a lot to me, especially as it was my first assignment and I was very nervous about doing justice to a stranger’s story. Also: when I won the National Magazine Award for columns in 2013.

This is something I still struggle with often because I get worried I am asking the “wrong questions” or “stupid questions” (usually when I am talking to an especially prickly academic). My advice is: ask people questions that genuinely interest you and let the conversation develop organically. Rather than interrupt the subject throughout the interview to clarify things, write out a check list of “essential questions” prior to your interview and when you’re nearing the end of your conversation, go over your list and make sure you’ve covered all the essentials.

If it’s about lazy millennials, you’re probably good to go. Just kidding: study a publication to learn its voice and perspective and keep your pitch short but substantial. Because times are times are tough and freelance budgets are tight, you could also pitch stories about Toronto to foreign publications suddenly obsessed with Canada on account of Justin Trudeau’s face and hair.

I think it has an impact on everyone’s work. This can be bad, as it means publications are desperate for clicks. But it’s also a positive development in that we know what people are talking about and can be more relevant as a result. For example, I get a lot of ideas from Facebook. I find if I write about a trending Facebook topic — one my friends and friends of friends are worked up about — it does well online. Or I should say: it has very high engagement. Yuck.