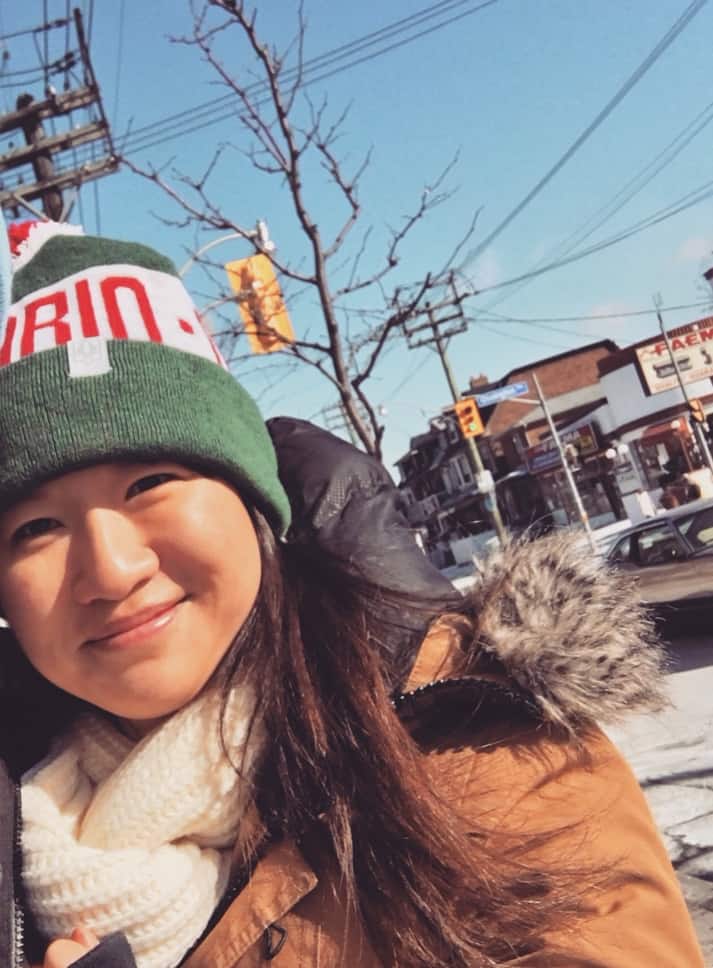 The media landscape is shifting. Layoffs, cutbacks and uncertainty about the future have cast a shadow over much of the industry. In our new series, “Bylined: Women in Journalism,” we talk to notable women working in journalism to find out how to survive (and thrive) in the current climate. For this installment, we chatted with Toronto Sun Staff Reporter, Jenny Yuen.

JY: I started writing for Chart Magazine when I was sixteen by applying for their reporter ad. Because I was under drinking age, they offered me a monthly zine review column instead. From there, I graduated Centennial College’s journalism program and began working at a number of community papers, including Beach Metro Community News. I landed a few internships and freelanced where I could. I feel my time as a city reporter at NOW Magazine really opened the door to where I am now – Toronto Sun. There was a bit of luck and timing as well. But I am still a strong believer that hard work and doggedness pays off in the end.

This is a skill not often taught in J-school and maybe it’s inherent to the person, but I honestly believe that you need to have empathy when you’re a reporter. So often, we are face-to-face interviewing people who have just experienced horrific things and are shaken with grief. Ask your questions, but know where that line is and know when to step back a bit.

People seem to want news in snippets, rather than flowing broadsheet stories. Not all, but from what we’re told by editors, that’s the way things are going. There’s good and bad in that. You do get the gist of things by reading lists or bullet-points, but longform really expresses not just more information, but colour and nuances of the story.

I really love hearing stories from all walks of life. Everyone has a story. And I wanted to help people who can’t help themselves or don’t know how to access the information they need.

I’m lucky. I have kept my job at Toronto Sun for almost eight years. I’m part of a strong union and have health benefits. But I’ve also been on the layoff list at least twice. That’s the climate we are in. My partner, who is much older than me and became a photojournalist when the money was flowing and they were sending people out on international jobs, has experienced the so-called glory days of what working at a newspaper used to be. And while that all sounds pretty nice, I like that we have to hustle today to do three assignments, work in video and shoot our own photos. I like being busy, because we have to be; we only have five GAs in our reporting pod. That said, I don’t understand why colleges and universities keep cranking out journalism grads. There aren’t any jobs.

I still subscribe to The New York Times. I like holding the paper in my hands. But I also get my news through social media and news sites online. I think the world will always need content providers. It’s just a matter of how that will look. I hope not just list-icles. I think the biggest investment journalism needs is resources. We saw in Spotlight the power of investigative journalism when given the resources (this also includes time, number of dedicated reporters and, in this case, a kick-ass library). That film is a reminder of how massive scandals can be uncovered when the public invests in journalism.

It’s not necessarily a happy memory, but a poignant one. Her name was Evelyn Pratt.

In 2008 when I started working at the Sun, I was sent to Mt. Pleasant Rd. and Balliol St. to cover a motor-vehicle-pedestrian fatality. She was 82 and a mover’s truck hit her while she was crossing the road. I remember it was pouring that day and police hadn’t covered her body completely. My media colleagues and I were trying to piece together the identity of this woman and someone tipped me off that she lived in the nearby seniors’ building. After all the news crews had left, I knocked on every door and was about to call it a day when her neighbour came home.

She invited me inside and told me all about Evelyn. How she had just recovered from surgery, how she was so kind and lovely. Went to church. She never went out – except for that day to get some groceries, wearing new shoes. The neighbour told me she had an inkling something was off, but when she called up the street to Evelyn, it was too late.

I guess that story sticks with me because it reminds me that life is short and to live it to the fullest without regrets. And I do. I’ve been lucky enough to do a lot of cool things on the job – I’ve flown fighter jets, rappelled down City Hall, travelled on junkets to Asia and Australia – and yet, perhaps my love of life and living large is sparked by that story.

Be in-depth with research. I like to listen a lot rather than talk over the person. I’d describe my interviewing style as thorough – I’m not afraid to ask questions for clarification or if I don’t understand the issue. And asking them to explain it in layman’s terms. This happens a lot when it comes to complex stories involving courts, especially, or procedures down at City Hall. I think the art of interviewing just grows the more you do it. You get better and more confident at it that you eventually don’t even need to write down a list beforehand. You just look at the story and you’ll know what to ask.

No. Facebook is just one tool, avenue, resource. There are a lot of other resources out there that aren’t ruled by algorithms or Mark Zuckerberg that people tune into, including reporters.