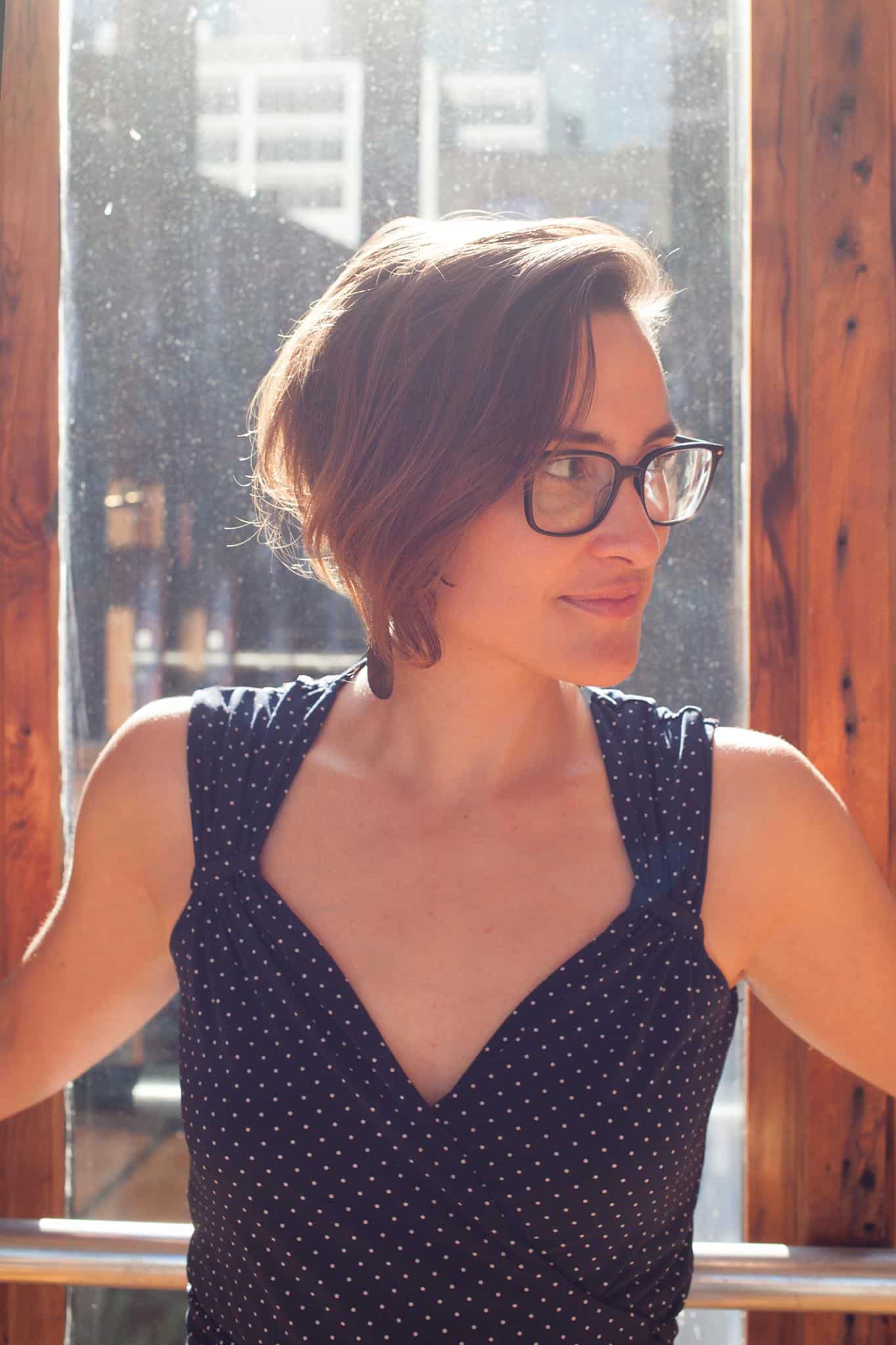 The media landscape is shifting. Layoffs, cutbacks and uncertainty about the future have cast a shadow over much of the industry. In our new series, “Bylined: Women in Journalism,” we talk to notable women working in journalism to find out how to survive (and thrive) in the current climate. For this installment, we chatted with Kelli Korducki, Senior News Editor at Brit + Co.

KK: I went to U of T for English with a minor in Anthropology. During my last year of school I started writing for The Varsity, the paper there. It was kind of a superstar year: Chandler Levack was editor-in-chief, and I worked alongside Alexandra Molotkow writing and editing for the comment section. Chris Berube, Will Sloan, Naomi Skwarna, Jade Colbert, Lola Landekic were all there. Everyone was 100% smarter than me and made me want to be better. It was a great time to be there.

Once in university I whined to Alex Molotkow that I didn’t have any ideas to pitch. She said, “Okay, get some.” Hard to top.

Rates have gotten worse and Twitter has gotten meaner. All around the Internet there’s more of an emphasis on quick-turn churn. If you’re good at that though, it’s probably easier to make a living now than 5 years ago.

I’ve always been a big reader and writer. I started out as a short story writer actually, but then I saw my friends getting paid to write for magazines and newspapers, so I decided that was probably where it was at. I was surprised to discover I really liked it. I’m probably still more of a fiction writer at heart though.

What is the most challenging aspect of being an editor today?

There’s a lot of noise on the Internet and all of us are fighting to have OUR noise stand out. Finding and keeping readers is like this crazy game, and there’s a lot of strategy involved. At the end of the day it’s about producing good stuff, but it’s also about PACKAGING that good stuff in a way that will make people find it.

Collaborating with people on an editorial product is a thrill. I get real corny about it but it’s what keeps me going.

Nah, people aren’t going to want to stop consuming media and I can already see ways in which we’re improving our lot over, say, four or five years ago. The only thing that scares me is viral video: the empty calories of the Internet, but Facebook’s algorithm loves it.

You will absolutely have to work harder and smarter than your male counterparts, sorry. Try getting into women’s media if you can. Your quality of life will improve.

I’m not a sentimentalist at all. Once I’m done with a thing, I move on to the next. I don’t look back. That said, I once wrote a 10,000 word essay on hot dogs for Little Brother Magazine that I’m still very happy to be associated with. It was nominated for a NMA and I’m not ashamed to admit I still think it should’ve won on weirdness alone. It lost to an essay about fishing boats or something.

I’ve over-researched and under-researched for interviews and I can honestly say I’m not sure which is better. I’m really glad I didn’t know anything about Claire Messud when I interviewed her because I would’ve been so intimidated; instead, we had a great conversation about female friendship that had nothing to do with me trying to impress her. That’s a thing that you can always see writers doing in interviews with renowned thinkers: trying to impress their subjects. We’re only human, after all. Better not to know enough in the first place.

Know the publication you’re pitching to: know the voice, the audience, the format. Pitch on-brand story and format to a specific section and its correct editor.

It definitely impacts my work as an editor. My job is basically to make things “hit”on Facebook. But I say, let the editors worry about that. If you’re just trying to write, focus on the voice and story and let the editor worry about making you go viral.