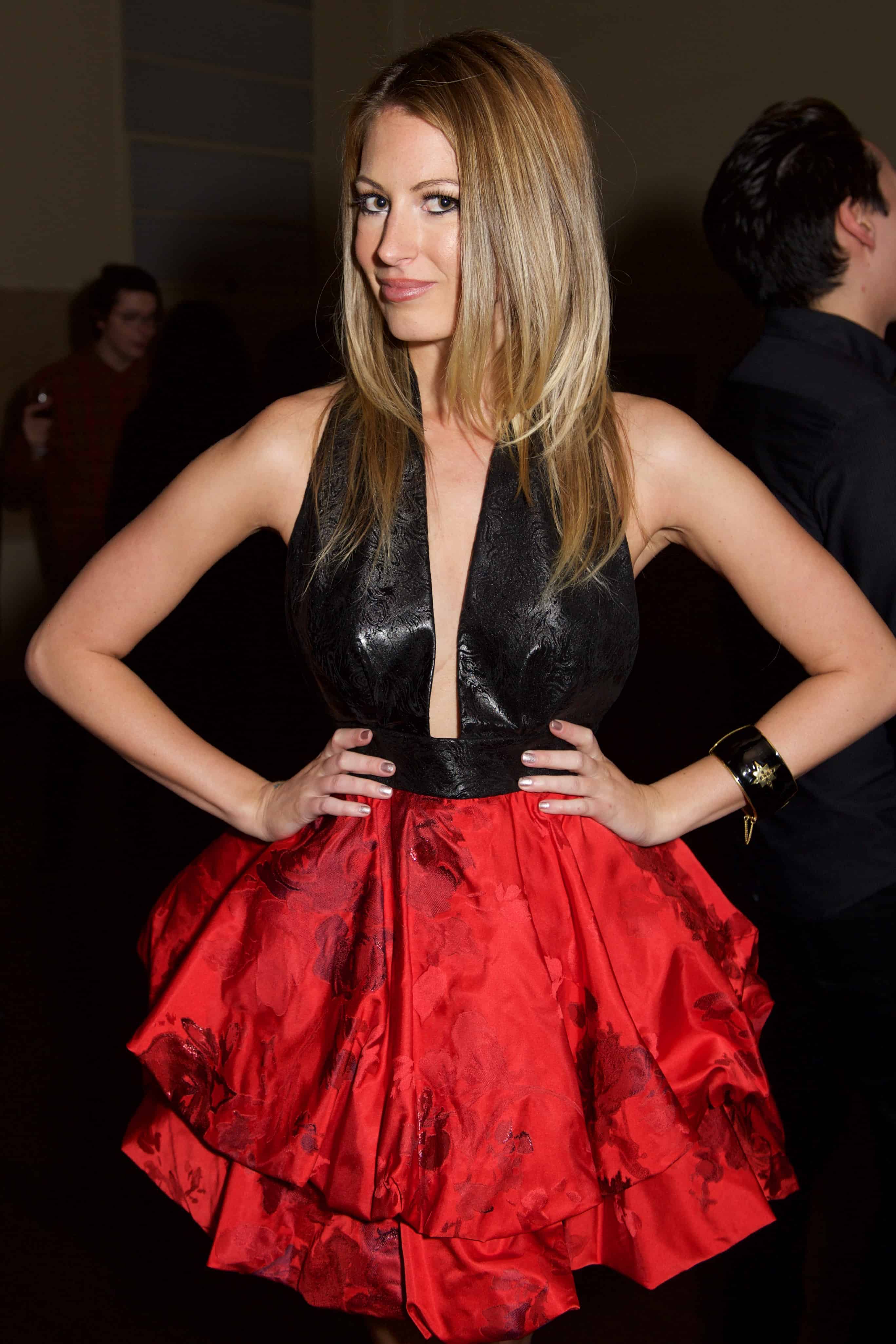 The media landscape is shifting. Layoffs, cutbacks and uncertainty about the future have cast a shadow over much of the industry. In our series, “Bylined: Women in Journalism,” we talk to notable women working in journalism to find out how to survive (and thrive) in the current climate. For this installment, we chatted with Sabrina Maddeaux, award-winning style and culture writer, editor & TV personality.

SM: I majored in Political Science and minored in Journalism. It was a great combination that taught me how to write clearly and concisely, but also have strong opinions backed up by facts. When I first started writing about fashion and beauty, very few people were approaching the subject the way I do. I used my Political Science background to help place fashion in a larger cultural and historical context than just “what to wear this spring.”

What was the best piece of career advice given to you?

Be everywhere and meet everyone. So many young writers think it’s enough to simply be a really great writer. It’s not. A lot of it, for better or worse, is about who you know and how well you know them. Editors will almost always hire someone they can put a face to over a cold pitch. It’s so important to take advantage of any and all opportunities to get out to events and talk to people. It can be intimidating at first, but it gets easier with time and practice.

The biggest trend is that the industry continues to shrink. There are fewer jobs and smaller budgets. This means, as a freelancer, I have to hustle more than ever. I don’t mind putting in long hours and chasing down editors, but it’s not something that’s for everyone. I think lifestyle media is becoming more relatable, both in tone and content, which is great. But I also think that it’s becoming more and more influenced by advertising, which is really unfortunate because it does a disservice to the reader. Especially when the advertiser relationship isn’t always clearly disclosed.

I wanted to tell important stories that would change the way people think about things. I specifically got into fashion writing because I wanted to change how people view and talk about fashion. It’s my hope that fashion can one day be taken as seriously as the arts or sports.

Again, smaller and smaller budgets. If you’re not careful, you can spend more of your own money reporting a piece than you’ll ever make selling it to a publication. This is why you have to be confident in your work, learn how to negotiate and be unafraid to say know if a rate or assignment doesn’t make sense. Exposure or free lipstick does not a salary make.

My guilty pleasure is getting to try out and report on new, often intimidating beauty treatments like the vampire facial, vajazzling or eyebrow embroidery. While I also love doing more serious reporting, these stories are always a lot of fun to share. I also love getting to know indie Canadian brands and being able to share their stories with the larger world. It’s amazing to be a part of their growth and see them succeed.

I’m excited. I think we’re finally getting to a point where newsrooms have to change or they’re going to quickly go extinct. Good stories still do well. Strong, voice-y writers are still loved by readers. Investigative pieces are more valuable than ever. I hope the industry focuses on these bright spots going forward. I also hope more legacy outlets realize how much they need young voices. I think they’ll be forced to come to terms with the fact the status quo is no longer good enough and (fingers crossed) invest in a new generation of talent.

Don’t worry too much about being liked or being nice. If your work isn’t pissing somebody, somewhere off then it’s probably not making much of an impact. Learn to negotiate – because all the men do and you’ll make less if you don’t. You might make less anyway because journalism is still a boys’ club, but keep working until you’re so good they can’t ignore or underpay you.

My favourite moment was probably when we released the first “Love Your Body” issue at NOW Magazine. We photographed 13 diverse Torontonians in the nude and shared their stories with readers. The issue got a phenomenally positive response and became an annual project for NOW. This year it went viral, and was covered by BuzzFeed US, The Guardian, People and more. It’s a great example of smart, creative lifestyle content that promotes positivity in the world. Other than that, probably when Stephen Colbert turned one of my on-air red carpet interviews with Daniel Radcliffe into a segment on The Colbert Report.

I make sure to be well researched and have goals for the interview, but I often don’t write out specific questions. I try to avoid being too formulaic or rehearsed and treat interviews more like a conversation. I find people end up being more open and, as a result, you get better quotes. I think we also have to work on getting over our inherent Canadian “niceness” and get used to asking tough questions. This can be difficult at first when, especially as women, we’re often raised to be polite and deferential.

Don’t be too formal. Make sure you have a catchy subject line and then pitch in the tone you’d write the piece. Give the editor a glimpse into who you are and what makes a story by you special. Always make sure to include a couple links to past work. Also: don’t be afraid to follow up. Don’t be a crazy person about it, but definitely always follow up once or twice if you don’t hear back within a week or so.

I wouldn’t say the pressure to generate traffic does, but of course I want my work to be widely read. I think every writer wants that. I try to come up with the best story I can and package it in an appealing way. But otherwise, social media strategy is in the hands of the editors and publications I work for. I do think it’s very important for these outlets to have editors who specialize in social media. It’s not something just anyone can do, and has evolved far beyond simply posting to a page. My message to media companies: hire experts; it makes a huge difference.