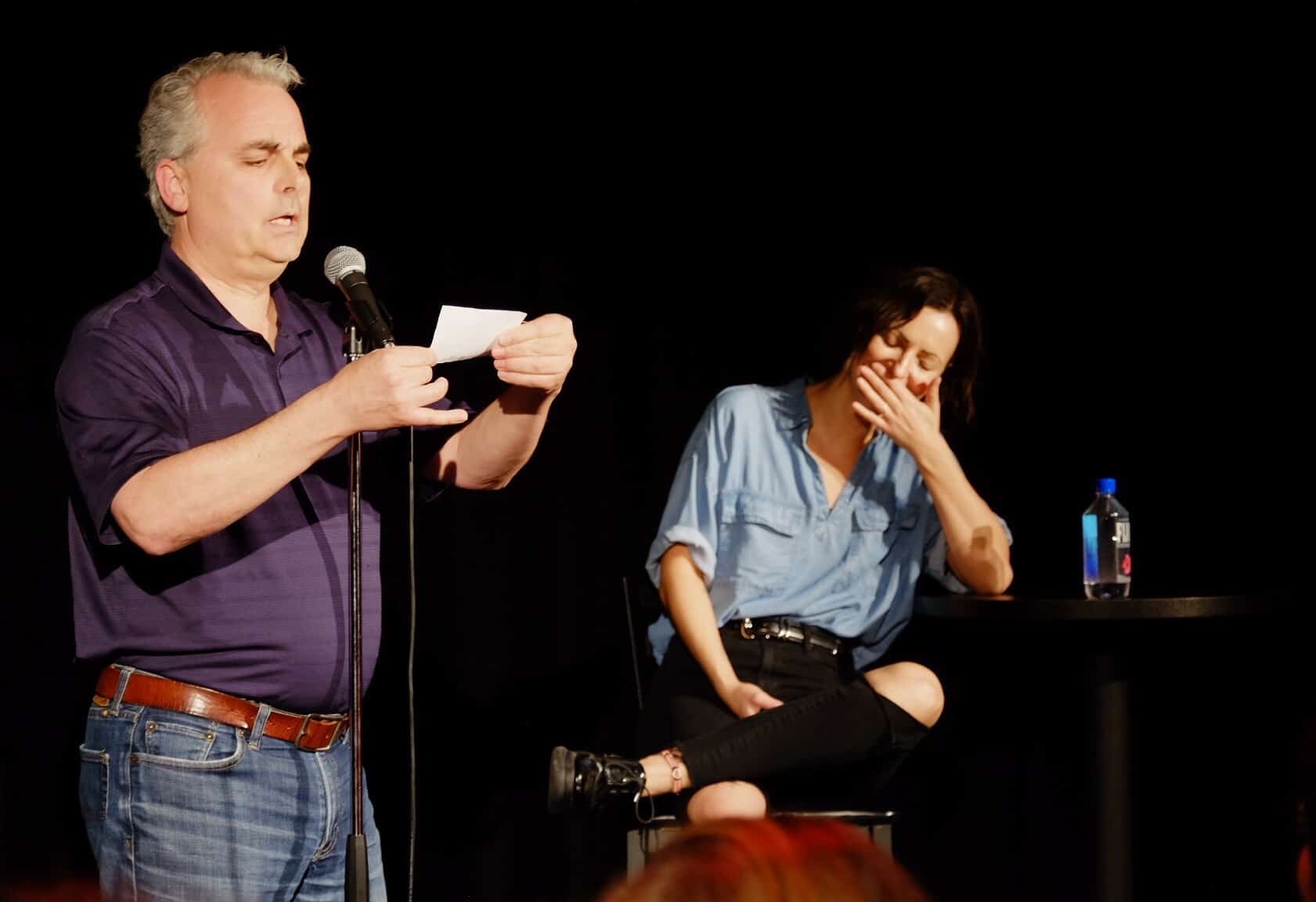 Camille Côté is the founder of Parental Discretion Comedy, an original comedy show that invites comedians’ parents to come up on stage and open for them. “As comedians we often are fed terrible joke premises from our parents,” says Côté. “I figured instead of our parents trying to help us out behind-the-scenes, why not give the microphone to them and push them up on stage for one night to see what it’s like to be a comedian.”

The results have been pretty hilarious. “The sold-out audiences are hugely supportive of the parents who go up on stage, recognizing they have never done this before,” explains Côté. “And the parents gain a new insight and appreciation for the courage of their child, who performs every night.” Côté invited her own father on to the stage to perform with her, and they both learned something new.

We asked her about the show this week. 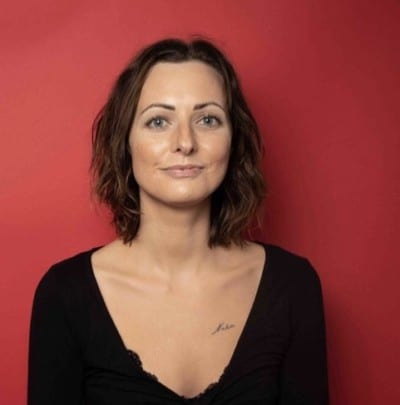 SDTC: What does it feel like to see your dad opening for you on stage?

CC: It almost feels like I’m the parent in that scenario, because I’m the person who has been through something that my father has not! So, until he got his first laugh I felt a little nervous. I was also extremely impressed with his joke-writing skill. I knew how much research he did and how seriously he took things. I felt really proud to share this new experience with him.

How did your dad feel about the experience?

He felt very much the same way: proud. He really wanted to do well and came in SO prepared, unlike the majority of the parents who didn’t necessarily write jokes and instead told stories and tales. My dad blew the red light! He wrote a full seven minutes when all that I ask is three to four minutes. He just wanted to keep going. I think he felt a taste of what it’s like to see instant payoff of your work in an extremely supportive setting, which can be incredibly addictive.

Did this experience make you understand something about each other that you didn’t before?

We got a lot closer and I saw a more human side of him that maybe not all kids see from their parents. After my parents divorced almost a decade ago, my mom ultimately chose to restart her life without her kids and left my dad to pick up a trail of debt and slowly move upwards from a lot of pain. I connected with him because we’ve both carried a lot of pain and betrayal.

He spoke about his feelings on this subject in the most recent Parental Discretion, and it really pulled something in me. We were close before but after this particular show I felt not only a stronger connection with my dad, but an affirming belief that this show brought that out and has the potential to with other parent + comedian combos.

What has been your favourite moment from Parental Discretion Comedy?

One mother literally wrote a sexy bedtime story involving a love for “blowing bubbles,” insinuating a love for something else…as her son sat next to her watching in horror. It was beautiful. It was also so well-written, like she’s just been waiting for the opportunity to whip out this sexy story at an open mic (maybe not with her son there next time).

You’ve produced six shows of this nature so far. What have you learned about what works and what doesn’t?

The shows consistently have been building up and have a very particular and creative concept; I didn’t just want to produce another stand-up comedy show. I think the power of an organic idea hatching and believing in it is what my show is built in. It also combines my fascination with family relationships, curiosity for pain and healing, and stand-up comedy all together. Our parents and our childhood have something, or at times EVERYTHING, to do with why comedians do stand-up. I think a night to highlight the connections—or the differences—to our parents is something to be celebrated.

The next Parental Discretion Comedy is coming up on Thursday, March 28 (7:30 p.m.) at Comedy Bar, with Chanty Marostica and Courtney Gilmore (and their parents) headlining. Grab tickets here.

The BFF Variety Hour Touches Down This September at Comedy Bar