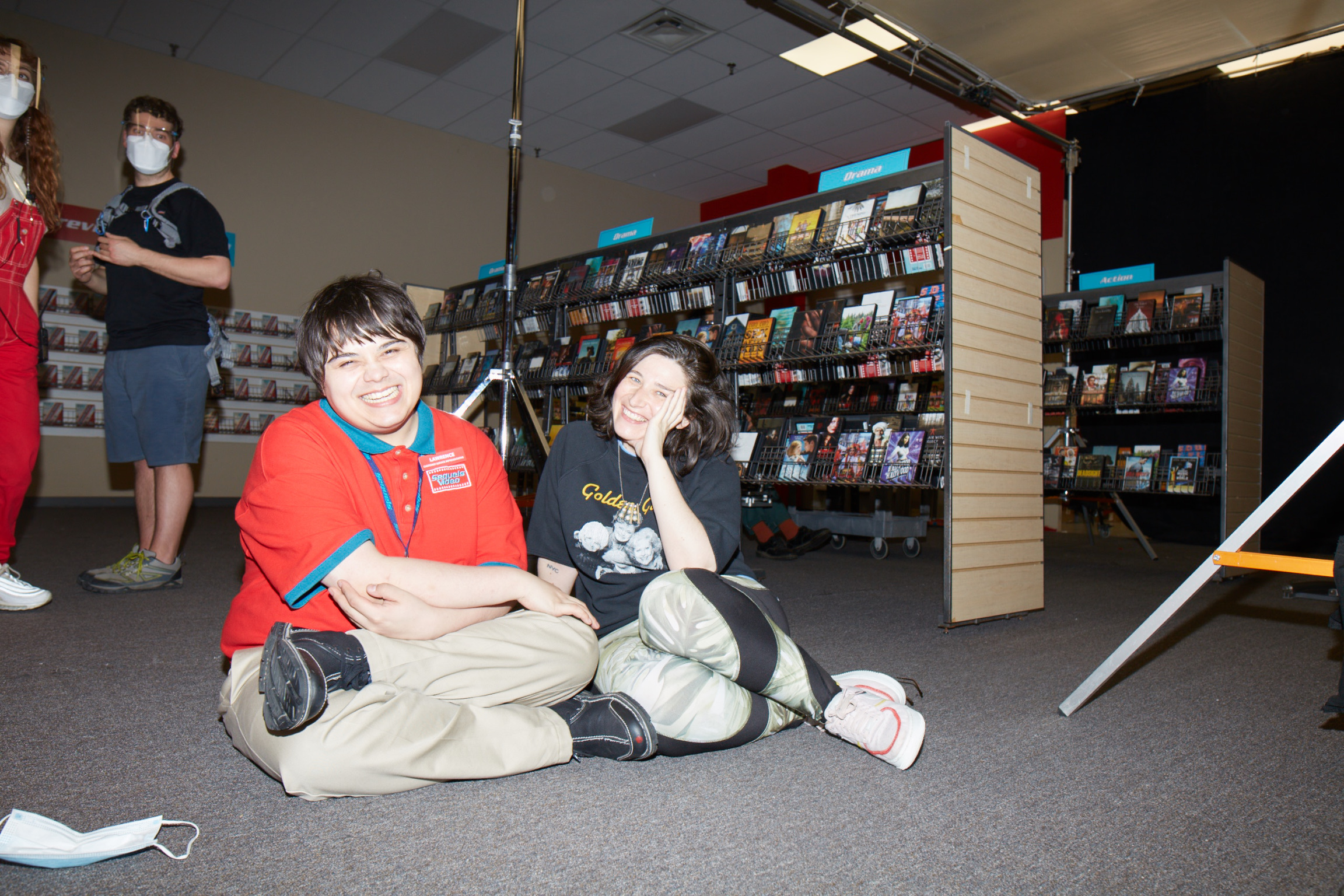 "I didn't see a lot of coming-of-age movies that reflected my high school experience, which was mostly waiting for high school to be over and working at Blockbuster every weekend."
Film

Calling all film freaks! Toronto writer and director Chandler Levack’s I Like Movies is for us ⸺  an earnest, hilarious, and heartfelt coming-of-age story centred around 17-year-old cinephile Lawrence Kweller, played by TIFF Rising Star Isaiah Lehtinen. If you were anything like me as a teenager ⸺ staying home to watch Turner Classic Movies, starting a lunch film club that no one but your favourite teacher attended, reviewing Everything is Illuminated for the high school newspaper ⸺ the world premiere of I Like Movies is an absolute must-see at TIFF 2022.

After directing several music videos and a short, I Like Movies is Levack’s first feature film. Despite her anxiety around filmmaking, she decided it was finally time to take the plunge and tell a story that was important to her. “I think I kind of got scared and psyched out over the years, just because I knew how difficult it would be,” she explains. “Then, I just decided, like, okay, you’re 31, it’s now or never to make a movie already. And so I gave myself permission to make the exact kind of film that I would want to see in the world that didn’t exist yet.”

Set in 2002 in Burlington, a suburb of Toronto, Levack’s directorial vision and attention to detail is part of what makes I Like Movies so special. Each reference, prop, wardrobe and set decoration choice is a nostalgic treat. For any period piece, specificity is key, but that comes with a unique set of challenges, especially on a micro-budget. “It was an insane combination of going through my parents’ basement and pulling out everything that I had from high school, grabbing stuff at Value Villages, borrowing my friend’s EAC computer… It was a beg, borrow, and steal kind of production,” Levack says. “I just really wanted to pay homage to the adolescence experience that I had, which was super lame, and try to make it feel cinematic.”

While coming-of-age films are some of Levack’s favourites, she wanted to add her own spin to them by subverting the genre’s tropes, like losing your virginity, going to prom, and problematic age gap relationships. “I didn’t see a lot of coming-of-age movies that reflected my high school experience, which was mostly waiting for high school to be over and working at Blockbuster every weekend. It was all driven by falling in love with movies and music and popular culture and then thinking that that was the most important thing, realizing too late that I had wonderful friendships and people in my life that I could have engaged with more.” 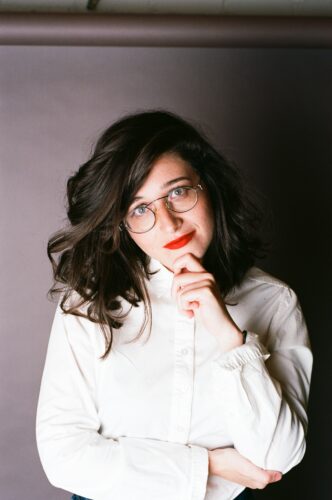 I Like Movies is subversive in other ways, too. The film’s protagonist, Lawrence, is a particular brand of obnoxious film dude ⸺  a condescending gatekeeper who has probably never seen a film starring women or directed by someone other than a white guy. But unlike similar characters in other movies and television shows, he is constantly challenged by the people in his life. It feels like Levack’s answer to insufferable characters like Dawson Leery, the aspiring teen filmmaker on Dawson’s Creek.

“A lot of times, that guy isn’t talented and doesn’t have anything to say. I feel like I’ve given so much space to those guys in my life. And when you’re a man and all of culture is designed for you to read yourself into the hero and tell you that you deserve everything that you want, you don’t have to do the work to actually empathize with any other perspectives. I think it was this important thing to hold Lawrence accountable,” says Levack.

While the film can be hard on Lawrence, there’s still room for tenderness towards him, which is a testament to Levack’s nuanced writing. “I didn’t want to make it so that he’s irredeemable. I wanted to treat him with a lot of empathy ⸺ the same way that we would treat our past high school selves ⸺ so that he can be capable of change and redemption.”

Lehtinen and the rest of the cast give authentic and vulnerable performances, which Levack fostered through a genuine interest and trust in her actors. “If actors will make themselves available to me, I just want to spend months and months and months talking about the script, talking about their life. I build music playlists. We watch movies together,” says Levack. “It is this really delicate balance of trying to figure out when to step in because you also want to give people agency to find the character themselves and take risks.” 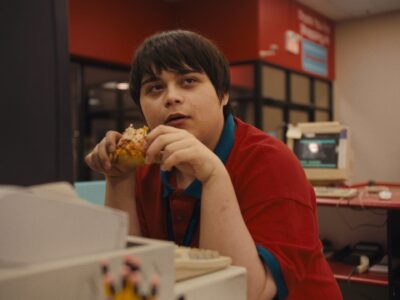 Before she was a filmmaker, Levack was (and still is!) a film critic and journalist for publications like The Globe and Mail, The National Post, and Rolling Stone (and even covered some late-night TIFF parties for Shedoesthecity, back in the day). “Writing about film was a safe space to explore tangentially what I wanted to do, but I didn’t actually have to put myself out there artistically. And I think now having gone through the experience of shooting my first feature in a pandemic with no money, I’ll never review movies lightly again because I certainly know the emotional cost and the toll that it takes,” Levack shares.

With her first feature complete and set to premiere at TIFF next week, Levack has some advice for aspiring filmmakers: “You’re going to be in it for the long haul and there’s going to be so many setbacks. I think if I had given myself more kindness, it would’ve helped me be present in the moment and not feel like people hated me when I was firm and clear. As a woman navigating through that, there’s so much internalized fear and misogyny that you will be unlikable. I want to go into my next film feeling confident that I can ask for what I want and be heard.”

In the film, Lawrence launches a Staff Picks shelf at the video store he’s working at to save money for college. A difficult on-the-spot decision for any movie-lover, Levack hesitantly shares what her picks for the shelf would be: “Frances Ha by Noah Baumbach, I’ve Heard the Mermaids Singing by Patricia Rozema, and I really love Crime Wave by John Paizs, who’s an independent Winnipeg filmmaker from the eighties. I feel like that would give me some cool, underground scene points for picking a hidden gem.”

Danita Steinberg is a Toronto-based copywriter and freelance culture writer. She also co-hosts We Really Like Her!, a podcast and monthly screening series that celebrates women in film. You can usually find her at home arguing with her cat, watching paranormal investigation shows, or on Twitter at @danitasteinberg.

"I didn't see a lot of coming-of-age movies that reflected my high school experience, which was mostly waiting for high school to be over and working at Blockbuster every weekend."