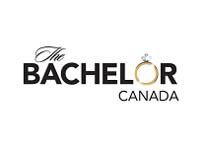 Desperately want that coveted rose or a career in reality tv? The Bachelor Canada auditions hit Toronto this weekend. Great.

Single and spotlight hungry ladies, get ready: the race for the rose begins this weekend when The Bachelor Canada auditions hit the Toronto InterContinental Hotel, Febrary 25 and 26. CityTV’s casting call says they want “eligible women looking for love, romance and adventure to audition for what could be the most important blind date of their lives.” A producer for the show, who was quoted in Friday’s Globe and Mail’s article about the show says that they want “crazy… They’re looking for just crazy enough for good TV. They don’t want axe murderer crazy but they want … trampy crazy, insecure crazy, bossy crazy. Father issue/mother issue crazy. Fame crazy.” So, there’s that.

Whaddya say, girls, want to be the next Jillian Harris? The former Bachelorette is now a designer on Extreme Makeover: Home Edition, the host of HGTV Canada’s Handyman Challenge and Canada’s self-proclaimed, “Best Single Housewife.” Your dreams could come true! To be eligible, all you have to do is a) bring a valid photo ID and a completed application form to the audition and b) be a Canadian citizen/permanent resident of Canada over 18. And insane enough to fight for the affections of whatever supposedly handsome and wealthy guy they’ve chosen to be your Prince Charming and believe, despite much evidence to the contrary, that it will result in true love. Or, maybe just be a really good actress (unless you really believe that; in which case… cute).

If this is your thing, we’ll cheer for you all the way should you make it on the show, but we think there are, um, better ways to find a guy than to participate in this utterly ridiculous and objectifying husband hunt. However, if you’re down (hey, a friend of mine suggested it as a means of paying off one’s student loan), the Toronto casting takes place on February 25, from 11am to 8pm, and February 26, from 10am to 2pm. On your marks, get set, go: just be on the lookout for any shards of glass under your feet on your run to the altar!