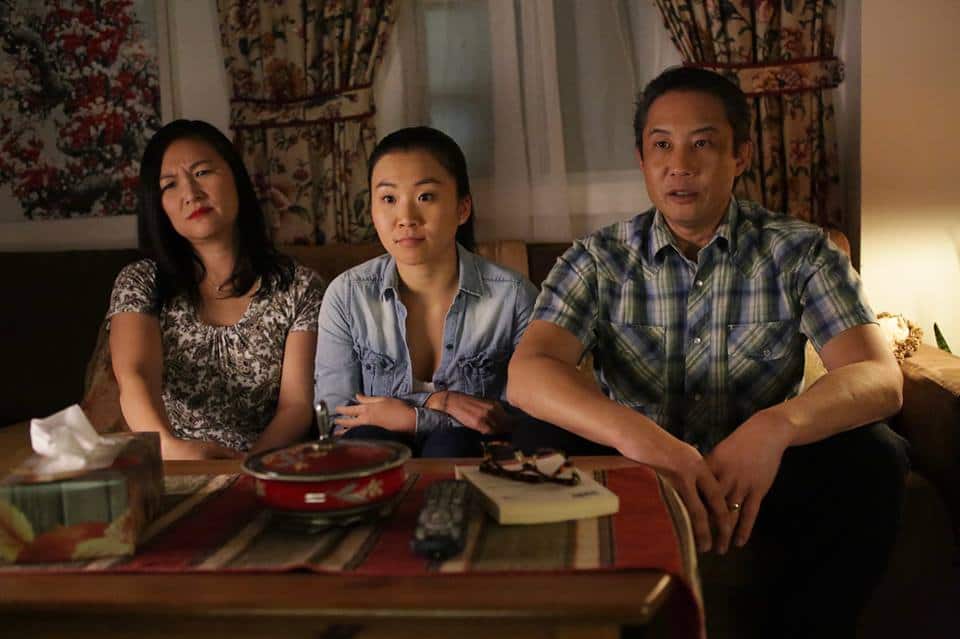 TOKENS is a new comedy web series written, directed and produced by Toronto-based filmmaker Winnifred Jong. Shortlisted for the Sundance YouTube New Voices Lab, the series recently won the 2019 CMPA Prime Time Throwdown in Ottawa. In TOKENS, the actors of an on-call casting agency specializing in diversity are randomly dispatched to producers who are desperate to hit their diversity quotas. These actors are cast into roles they least expect, often with hilarious and provocative results. Through wickedly funny tongue-in-cheek vignettes, TOKENS explores issues of inclusion and representation in the entertainment biz.

You can watch it here.

We chatted with Winnifred this week.

SDTC: How did TOKENS evolve from your initial idea for it?

WJ: The origin story of TOKENS came from a text message, if you can believe that! I was trying to meet up with a friend who is an actor, who said she wasn’t available because she was “on-call.” I jokingly responded, “On-call acting?” The idea was born.

While I was thinking about all the different situations, funny situations, I could put actors through, it dawned on me that I could have a vehicle that explored the themes of diversity, representation and inclusion using humour as its foundation. It was always conceived as a web series, but the goal for TOKENS is to show there’s an audience and appetite for this and to spin it out to a half-hour comedy series. Any takers?

Who was your fave character to write, and why?

Don’t make me pick! I have twenty-eight speaking parts! At different times, they each were my favourites. They all have some great one-liners that our hilarious cast exploited. Sammie, our lead played by Connie Wang, was my favourite character to write. She is, after all, a little reflection of me! I wanted to write a character who, in some ways, is quite oblivious about her culture and yet is stereotyped by her appearance. This is a journey about embracing being Asian and overcoming obstacles.

Fave episode so far? What happens in it?

We have a story arc for Sammie, which are episodes 1, 2, and 8, where she plays the part of the “well-built tattooed bouncer.” I loved setting up the relationship between Sammie and her parents, who are hilariously portrayed by Christina Song and Russell Yuen.

However, if I were to step away from that, I guess my fave episode would be episode 3, called “Finding Cinderella,” where DeMar, played by Ryan Allen, has to play the part of a french ballet teacher, and Director #2, played by Sharron Matthews, has to direct his performance. This was one of my early scripts and one that went through very few changes.

Biggest challenge in putting TOKENS together?

The biggest challenge was financing. TOKENS was conceived as a behind-the-scenes look at the world of film and TV. That meant lots of sets and lots of characters and, consequently, lots of money.

Our first application was to Telefilm Talent to Watch (at that time called MicroBudget), and we were successful in securing our first piece of financing. We thought we would roll into the rest easily. Trinni Franke, my producing partner, and I applied to every conceivable fund and, while we always made the second rounds, we never saw the money.

TOKENS would’ve looked very different if we shot it with only the Telefilm money and none of our crew would’ve gotten paid. Sticking to our guns, we were successful with BellFund and wrote to what was originally conceived. The amazing cast and crew came aboard once that all came together.

How have your personal experiences informed the concept of this series?

I started my career as a script supervisor. As a freelance crew member, there wasn’t a sense of tokenism. You either do the hard work or you don’t get hired. I wasn’t really thinking about it, so in a way I contributed to an unconscious bias against inclusive representation. I didn’t demand to see myself on screen or to have my stories told. In many ways, I co-opted their stories as my own.

As I made my move into creating and directing, I started to see things differently. There would be a minor character who was a person of colour or background performers who were diverse, but never the leads. I don’t know when the tipping point was, but suddenly the need for representation was in the news. #OscarsSoWhite became a touchstone moment. However, for all the talk, anecdotally, change was slow to come for the working actor, and this series speaks to that.

What do you hope audiences take away from this series?

First and foremost, TOKENS is a comedy. I hope they laugh, I hope they love the characters, I hope they ask for more. There are so many talents we want to showcase and stories we want to tell. Change in inclusion and representation happens one scene, one episode and one project at a time.

‘Just apply’: Experienced writers of all levels, from underrepresented communities, are encouraged to apply to Global Access Writers Program