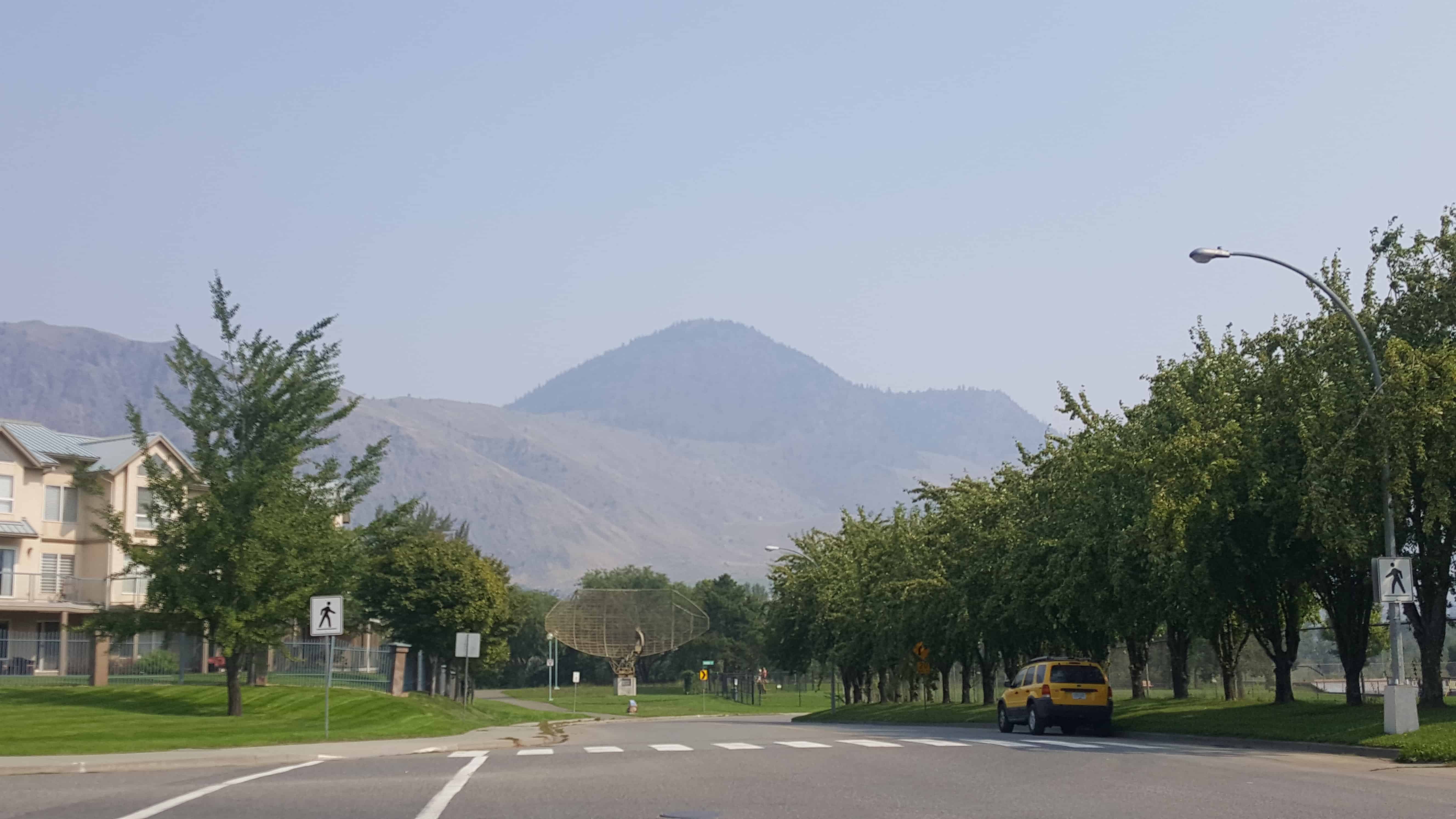 The Forest’s Journey: Being in the Thick of the B.C. Wildfires

Currently, there are 600 wildfires burning in the province of British Columbia. Thick, rolling smoke is covering so much of the province that just being outside and breathing the air can be toxic. The mountains that are usually sharp and majestic are just faintly seen on the landscape—and sometimes not at all. There are evacuations, folks being displaced from their homes as they burn down, animals on the run…

I flew into Kamloops (Tk’əmlúps)–the traditional territory of the Shuswap or Secwepemc people earlier this month. The night before I left, I checked the air quality and the word HAZARDOUS was in big red letters with an AQI level of over 358.
HAZARDOUS.

Where the hell am I going? I thought, with a little bit of fear for my lungs and leaving my stress cigarettes behind.

I’m fortunate enough to be working on an incredible show called Kamloopa, written by Kim Harvey, a fantastic Indigenous female playwright. The play is lovingly called an Indigenous matriarch story; the kind of stories we need right now. The team is composed entirely of women, mostly Indigenous women.

A group of us were all travelling at the same time, and ironically and beautifully, the majority of smoke had cleared out as we landed in Kamloops. You could smell it though—as if you were sitting around a campfire. As we were driving to our hotel, you could see what looked like fog hanging in the air, all around us. The mountains were barely visible. It was like that in Vancouver, as well. Only there for a short layover, but it felt like it was overcast.

To anyone not from the area, it could be passed off as fog from a storm. The folks that live here though are fully aware of just how close or how far away the fire is that is emitting that particular smoke. And they’re “used to it” now. I’ve also heard statements like “it’s not as bad as last year” or even earlier in the year where there was a fire just on the other side of one of the mountains.

We spoke to a man who said his home was one of sixteen that burned down in his community. He lost his pets, his things, his life. He’s been living in a hotel here in the city with his expecting wife for quite some time now. I can’t even fathom what that must be like.

According to Global News, this is the third worst wildfire season on record, burning more than 760,000 hectares with about forty-three evacuation notices, displacing over 4,000 people. Firefighters are coming from all over to assist communities. People can hope for rain, but that oftentimes comes with its own set of potential disasters if it’s a storm.

When you look at the up-close fire raging videos, it looks eerily apocalyptic—even just the smoke looks like something out of a horror movie. I told a friend of mine that it felt like I was entering Silent Hill.

I think it’s important to remember how many of our First Nations communities are being displaced. Communities that may not have access to insurance in the same way others do and who will have more trouble being accepted into other places. About half of the evacuees for natural disasters in the area are First Nations communities, despite the fact that we make up about five per cent of the Canadian population.

There is also the potential that some of these nations may be in “high-risk natural disaster zones”—not by their own choosing, of course. That’s where they were placed and that will affect their insurance coverage.

Those of us who live in the real world are aware that climate change is a real thing. It’s unfortunate that so many people aren’t seeing the real and dangerous impact that their pipelines and their big corporations and their tar sands are having on our earth—in our atmosphere. Something as benign as a straw ban isn’t going to reverse the damage. It’s not going to rejig the weather system or clear out the oceans. There are bigger fish to fry.

The devastation happening on our planet is clearly affecting those who have always lived off of the land: our First Nations people. Pipelines are destroying our waters, our fish. Big industry is causing atmospheric catastrophe, and these fires are approaching our smaller communities at an alarming rate.

And the fog never lifts. Literally and figuratively.

It’s pretty smoky every day. I’ve been having coughing fits the last few nights. I wake up sometimes with my chest feeling like it did after attending a three-day music festival. I’m more tired than usual and have been waking up with headaches. But I’m trying to remember that the folks of this city have to live through this a lot, while I’m only here for a short time.

I’m trying to remember my teachings of empathy and acceptance in terms of rolling with it. I’m trying to see it as cleansing for me, personally. In my culture, smoke is cleansing. The smoke of our medicines is what we take into us. Our Mother is cleansing herself. Our forests are burning their way into their next life—their next journey—and right now, we’re a part of that. Of course, it’s devastating. I don’t want to diminish the truth of that. For me, as a guest on this land—this territory—it’s how I’m working with it. I have to ask myself each time something awful is happening, what kind of teaching can I receive from this?

Once I learn that, the fog actually begins to lift. 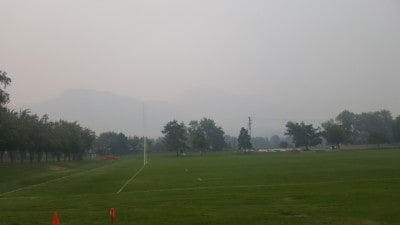