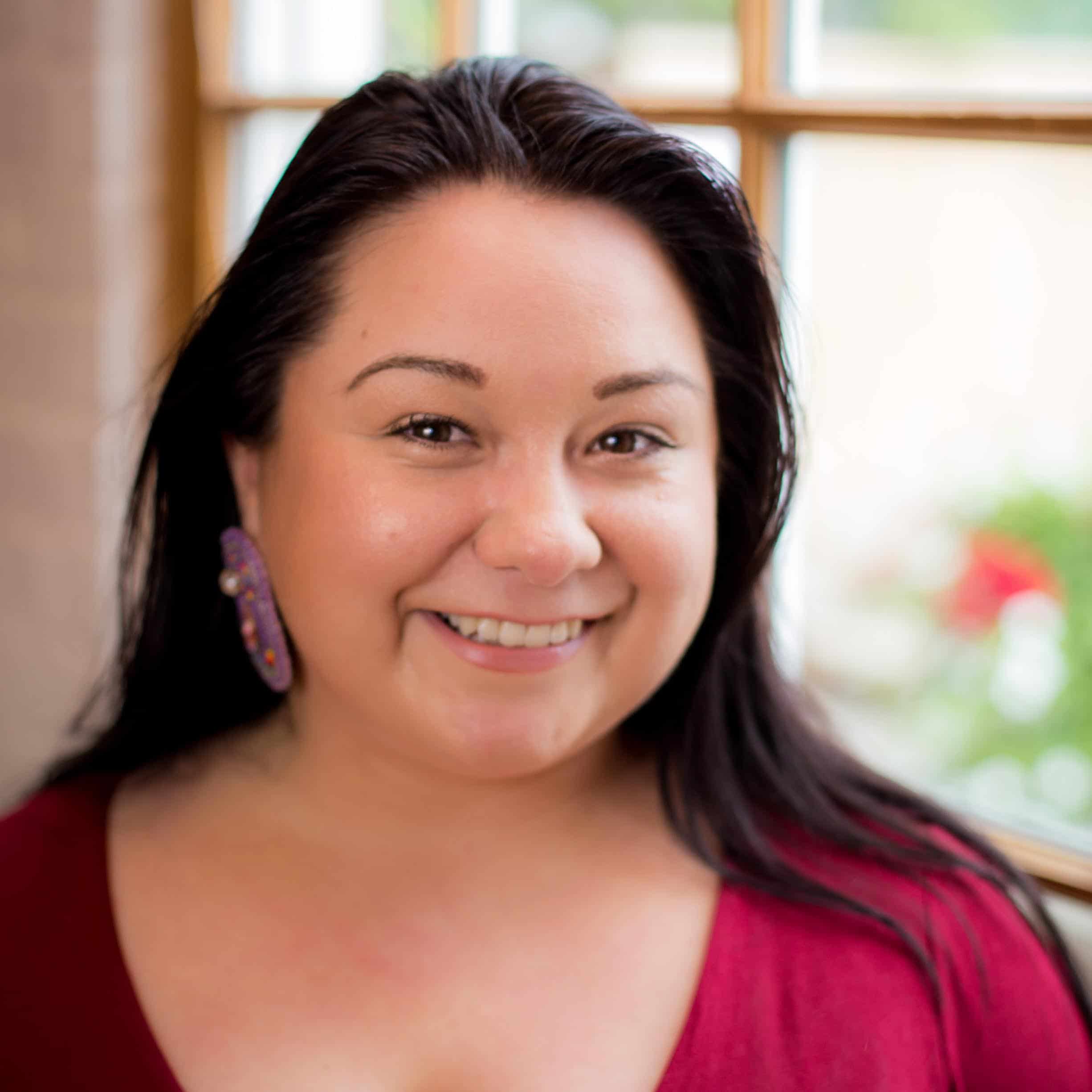 Ariel Smith is the Executive Director of imagineNATIVE – the world’s largest Indigenous media arts festival (running October 18th-22nd). She is an award-winning filmmaker, video artist, and writer. “I am interested in the political and social forces that affect the lives of girls and women and I investigate these themes in my work,” she notes.

SDTC: You’ve worn a lot of hats throughout your career – video production/editing, arts advocacy, workshop facilitation, community participatory video, now Executive Director of imagineNATIVE. Are there roles that come to you easier than others?

I identify as a filmmaker and an artist first and foremost. All the other work I have done has resulted from my involvement in the media arts community because of being an artist myself. I would say that being the Executive Director of imagineNATIVE is by far the most challenging due to the size and scope of what we do, the responsibility I feel to the community, and the mind boggling amount of moving parts that are involved in a festival of our size.

Although I have worked rather extensively in arts administration over the past decade, I think that if I didn’t also come from a film production background, I don’t know if I could have handled imagineNATIVE. The only thing I can compare running a festival to is making a film. My background as a director and producer gave me the ability to lead a team and manage so many different elements. It’s exhausting just like production, but both are well worth it and I love it so much.

You’re a survivor of abuse and exploitation. How has that come to colour the work that you create?

I would say one of the main ways this has informed my trajectory as an artist is that due to situations I was in growing up, I didn’t have the opportunity to go to film or art school. A lot of people make their first work in school and meet the people that they will go on to work with afterwards. I’m self-taught and also learned a lot through artist-run centres and film/video co-ops. I learned how to make films in an unconventional way, which definitely resulted in me making unconventional films.

My experiences have informed my work certainly in terms of content and also aesthetics. I like to reference horror film aesthetics in my work as a way to explore the horror and traumatizing experience that growing up female can be. I often revisit themes of feminine monstrosity as an allegory for sexual abuse.

What has been the most personally empowering moment of your career thus far?

I recently went through a very difficult time as an artist. I had a film I was supposed to make four years ago and for some reason I developed this almost phobic relationship with it. I just didn’t want to face it. I had so much anxiety and depression and just wouldn’t work on the project at all. I felt like a fraud as an artist.

I ended up finally getting it together to shoot the film in May of 2016 right before starting at imagineNATIVE. Forcing myself to face the anxiety, fears and self-doubt and to actually go through with production on a project that had been hanging over me for so long was very empowering. It felt like mental debt and getting through the production was a big deal to me. I am slowly working myself through post-production – too slowly – but working at imagineNATIVE doesn’t leave too much time for my own projects.

What do you want us to know about what it’s like being an Indigenous woman in Canada in 2017? What systematic changes would you like to see happen?

That’s a huge question and I could talk for six hours about this. Indigenous women face higher risk of violence and death from violence than any other women in Canada. The epidemic of Missing and Murdered Indigenous Women and Girls is one of the most horrific manifestations of colonization, and our communities are grieving these losses constantly.

So much has to change systemically. Police need to not assume if an Indigenous woman goes missing that she must be out partying or ran away. People need to understand the direct connection between colonization and violence against Indigenous women and girls and also the effect that colonization has had on Indigenous men and their roles in our communities and families. I think that the answers and the solutions will come from within our own communities.

I love projects like the Bear Clan Patrol or Families of Sisters in Spirit. They are about taking care of our own people and ourselves because the federal government and criminal justice system does such an abysmal job. So, one systematic change would be funding and empowering initiatives such as Bear Clan Patrol and Families of Sisters in Spirit.

I also think the current legislation around sex work in Canada like the Protection of Communities and Exploited Persons Act is extremely problematic and does little to support Indigenous sex workers. It does nothing to keep them safe as it forces sex workers to work in unprotected conditions out of fear of their clients being criminalized or the women or men that they are working with being criminalized. The Protection of Communities and Exploited Persons Act and similar “abolitionist”-type thinking does not increase safety of Indigenous women and I believe will ultimately contribute negatively towards the epidemic of Missing and Murdered Indigenous Women.

What are you most excited about at this year’s imagineNATIVE festival?

So much excellent work, as always. I think our Opening Night Gala Screening of Waru is not to be missed. It’s a film from AOTEARO (New Zealand) and is made by eight different women directors. They each direct a sequence and the result is very powerful. It’s a beautiful film and showcases so much Indigenous female filmmaking talent.

Another really interesting film is the documentary Indictment: The Crimes of Shelly Chartier, which is directed by Shane Belcourt and Lisa Jackson. It’s a fascinating true-crime story about a woman from northern Manitoba who catfishes an NBA superstar and ended up making headlines around the world when she was exposed.

Alanis Obomsawin will bring her fiftieth film to imagineNATIVE this year, entitled Our People Will Be Healed. She will do a Q&A with the audience, so fans should not miss this. Honestly, I could go on and on but there are so many!

What do you love most about your career?

I love being able to support artists through my own practice, especially Indigenous women filmmakers and artists coming from more marginalized places. I love that I get to provide a platform for cultural sovereignty and the unapologetic claiming of space by Indigenous artists.