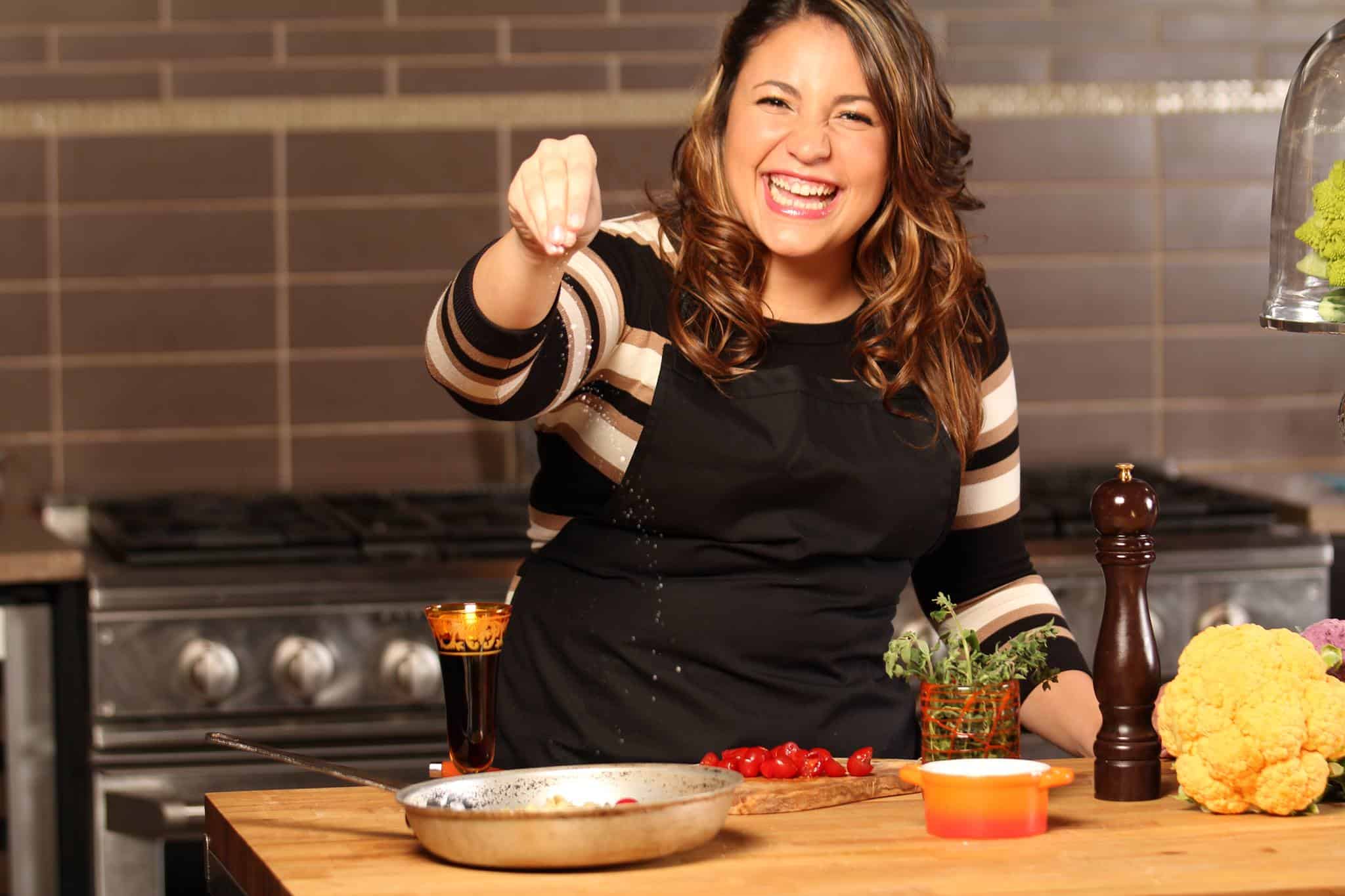 Vanessa Gianfrancesco is one of Canada’s fastest rising culinary stars in the industry today. She can be recognized as the resident chef on Breakfast Television Montreal, as well as on the Gusto television series One World Kitchen where she covers Italian cuisine and shares her love of cooking.

Vanessa is also the founder and creator of the lifestyle website Cooking With V, and most recently added to her resume is a published cookbook in conjunction with One World Kitchen. Currently, Vanessa is the executive chef, instructor and general director at Chef En Vous in Montreal.

We caught up with Vanessa to find out about her passion for cooking, and how her career path drastically changed over the years.

Briefly tell us about your career path. How is where you ended up different from where you expected to be?

My life took a complete change in my mid–twenties and I had no idea at the time that the decision I made was going to make was going to allow me to live my out my lifelong dreams.

I’ve been cooking since the age of eighteen months old alongside my grandmother. Contrary to what came natural to me (cooking), I had planned on being a lawyer for the better part of my life. I went to McGill University where I studied Political Science and the plan was to continue on to law school. Towards the end of my bachelor’s degree, I decided to job shadow a lawyer for the day. As soon as we got into court, I got the hot sweats, and a feeling in my gut that this was not something I could do for the rest of my life.

After completing my degree, I decided I would take a break before going into law school and explore my culinary passion, so I went to ITHQ: the culinary institute of Montreal. I always say, this is the point in my life where I truly learned discipline, organization, and explored my passion for food.

In culinary school I was able to work alongside some incredible chefs, and it made me understand that while the restaurant world is exciting, I wanted to teach people how to cook. I began offering cooking classes at Chef en Vous and months later I became their General Director where I manage over forty employees and overlook the departments; cafeteria management, culinary corporate events, chef at home services and cooking classes. While working full time I simultaneously worked on my brand, CookingwithV. I developed a website that would allow people to get to know me, my recipes and my explore my favourite everything!

In 2014 CookingwithV was launched and then Gusto TV contacted me for an audition. It’s all history after that. I became the host of Gusto TV’s One World Kitchen, and later the resident Chef on Breakfast Television Montreal.

What are some emerging food trends?

I think one of the biggest food trends is going back to basics. It’s not so much about the complicated recipes, or dishes topped with foam, rather it’s about using simple ingredients and showcasing them in a beautiful and natural way. I love this philosophy because that really is what Italian cooking is all about. Fresh, local ingredients cooked with love!

I work a lot! Most people that know me know I don’t really have much down time. When I do have some down time, one of my guilty pleasures is binge watching Wheel of Fortune or People’s Court! I LOVE those shows!

What is your favourite recipe of all time?

It’s so hard to choose because food is one of my favourite things in the world! But if I had to choose it would be fresh pasta because there is nothing like a batch of fresh egg pasta, the colour, the texture and the smell; it reminds me of when I was growing up and…the possibilities are endless with that one batch of dough!

What steps could someone take who hopes to be in your shoes one day?

Life is too short to spend it doing something that does not make you happy. If I had to give advice to anyone it would be to follow that dream, listen to that little voice inside of you that tells you to do what you love. And there will be hurdles along the way. It is not always the easier path to choose, it certainly wasn’t for me. Imagine convincing everyone around you that you were going from lawyer to chef, and that you didn’t necessarily have a career plan after that. There was constant discouragement but I never let that stop me. Believe in yourself, follow your gut, and do not be afraid to work hard – it will all pay off! For me success is measured in happiness and that is exactly what I found.