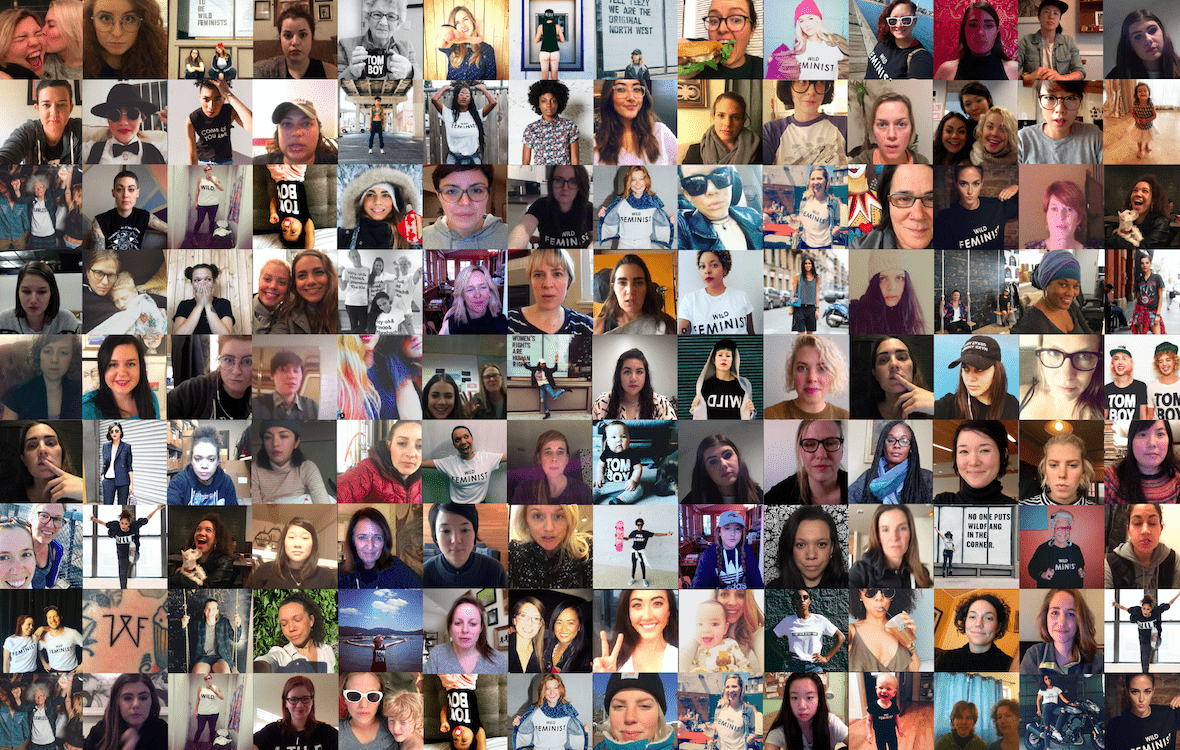 We’ve been counting down the days since November, and it’s nearly here: On January 20th, a man who has referred to women as fat, ugly, pigs, dogs, losers, slobs, disgusting animals, and pieces of ass, will officially become President of the United States. Marches will be taking place across North America; find out where your Inauguration Day rally is taking place.

Can’t get a sitter? Maybe your leg is broken and you’re unable to march? Your voice can still be heard! Enter: MillionWomensVoices.com, an online platform for women to speak out and share their stories. If there were ever a more important time for this, it’s now.

“We wanted to build a platform where EVERY woman could tell her own story and have her voice heard,” says Wildfang CEO Emma McIlroy. “So often women, particularly women of colour and queer women, are set aside, silenced, or spoken for; our team wanted to create a place where we could come together, speak out, and lift each other up.”

Within days of conceiving the idea, McIlroy rallied top creatives and technologists from Ziba Design and Uncorked Studios to volunteer their time to build a platform for women to tell their stories in their own words.

Let’s hear it! This is your chance to share your story with your friends and family, with the world, even with the White House.