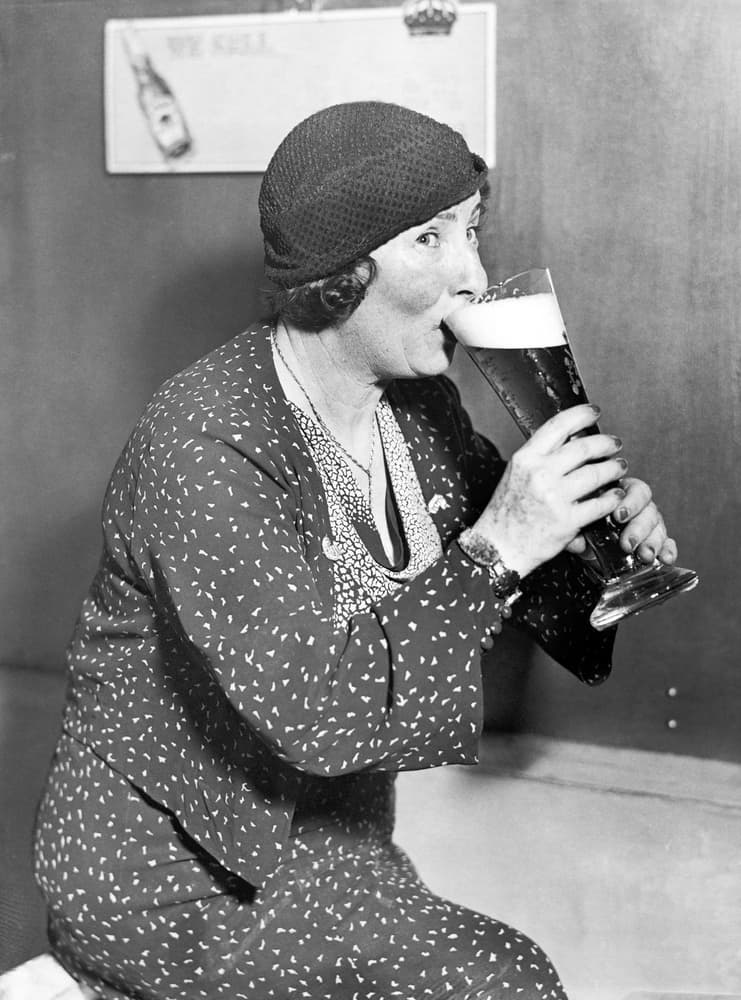 I Am Woman, Hear Me Drink

I don’t remember the time, or even what day it was. I don’t know what I was wearing (but I feel confident in saying my hair was probably in a bun). I don’t know if it was summer or winter, if I had my shoes on or if I’d already slipped them off. I don’t recall what song was playing in the background or if I was feeling particularly pumped about life that day.

Regardless, I remember getting home from work. I remember walking up the fire escape to my cozy 2-bedroom that we had turned into a 3-bedroom. I was still fairly new to the city and was only just understanding the woes of the 501 streetcar and thinking, for the first time, that perhaps there were some drawbacks to living in the magical land of Toronto.

I opened my door. My roommate was in the kitchen/living room (it’s a 2-bedroom transformed into a 3-bedroom, people) sprawled on the couch in her bright green sweat pants. And she was drinking a beer. She was drinking a beer for no reason other than she wanted one. And I had literally never done that before. Like, okay. That’s a lie. But barely.

I was in this awkward life stage where I had just graduated and still felt enough like a student that I couldn’t really fathom the idea of not being one. I still lived in a land where every night was a party and every boy was worth smiling at and heels were designed to be bright red and high. I still approached life thinking that dinner should only cost about $6 bucks and you should ALWAYS take your leftovers home even if you didn’t want them because you were too cheap to pay for lunch tomorrow. I didn’t even drink coffee yet.

I was still living a life where you bought beer if you were having a party and planning on getting drunk that night.

My roommate wasn’t having a party or planning on getting drunk that night. My roommate was having a beer, simply because she could. This was quite possibly one of the most liberating moments of my life – realizing that I could too. And I was fucking gonna.

I cracked the bottle. I took a sip. And what I tasted were the sweet, sweet hues of empowerment and freedom (with a hint of wheat, obv). I no longer had to approach life on a student budget of practicality. I was a WOMAN. And if that meant sitting down and cracking a beer for no reason other than I forgot to buy paper towels or because I live in Canada and know winter is inevitably going to come or because I simply wanted a fucking beer, I COULD. And I did. And I do.

That was the first day of the rest of my life. I started getting pedicures because it was relaxing and made me feel nice. I added avocado to my sandwich even though it was an extra $2. I started living my life as the independent and accomplished adult I was.

When I was a kid I would imagine what it felt like to be grown up. I associated it mainly with getting married and owning a briefcase. I figured once I had those two things, I was all figured out.

But when I tasted that just-because beer, I knew that THIS, actually, was it: drinking a solo beer. Because oh baby, it was my life.

And so, I’ve made it. Years ago I tasted liberty and independence and it transformed my life into the beautiful thing it is today.

But I mean, this was all based on a single bottle. Imagine what a whole case could do.

For The Kids: #GDayTO at Artscape Daniels Launchpad Is Aimed At Empowering Girls