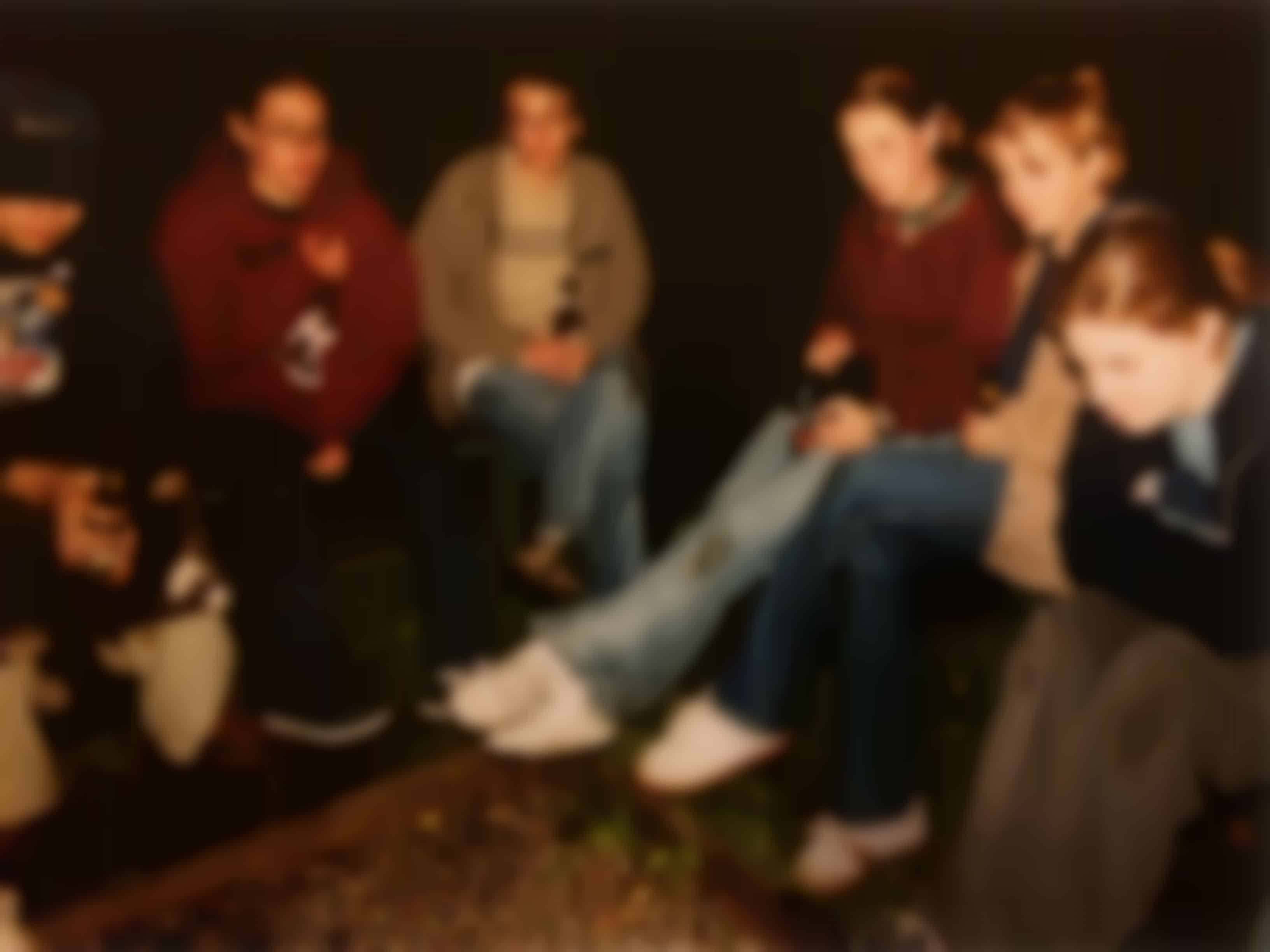 There we are: a bunch of blotchy-skinned teenagers, clutching brown bottles of Canadian, slouching around a campfire. I doubt anyone even knew there was a camera. When I look at it, I feel the same crackling anticipation that I felt in those heady late summer nights before we all went our separate ways.

In this photo, and in others like it, there is no pretense. No arching towards the camera, heads cocked, arms like slim handles. No makeup contouring or clever hashtags. In one, I’m a pudgy twelve-year-old leaning against a guardrail on Mount Royal, my Cotton Ginny t-shirt tucked into shorts that are hiked up to my armpits. In another, I’m laughing it up with a newly engaged couple at a party – mid-story, eyes closed, gesturing emphatically. They’ve since divorced. These photos represent momentary blips that were snapped, developed and forgotten, until I found them in my mother’s attic. I haven’t seen most of these people in years.

Before we all walked around with phones glued to our hands, there were cameras. You would buy a roll of film, try to load it in without accidentally exposing it, take the pictures, and then drop it off to be developed in the one-hour place at the mall. Sometimes you would be pleasantly surprised with images of a beach day you had forgotten about, or a lazy morning with an old fling. Many would turn out shitty and out-of-focus, your face looked fat, your skin was pimply. Some would be really great and you’d tape them up in your locker or maybe slip them into your jewelry box later. But you’d end up keeping them all.

I currently have 7390 photos in my phone. The better ones will be posted and shared, fewer still will be printed out and given out as gifts to the grandparents. What have we lost in this era of instant digital gratification, where social media accounts have become an elaborate branding exercise? What do we lose when every second of our lives are documented?

I look back at these old snapshots and feel relief. I had the luxury of being able to grow up without being monitored constantly. To go to a party and enjoy myself without pausing every half-hour to update my followers on Instagram about what an amazing time I was having. The ability to have experiences (good and bad, high and low) without pausing to think about how it would be seen the next day by my ‘friends.’ To make terrible fashion choices and just go with it. To just live my life without that pining for the cheap buzz of likes.

In quantum theory, the Observer Effect is when the act of observing alters the thing we are looking at. When I scroll through my feed, I see people working hard to convey an image of themselves because they know they are being looked at, judged and categorized. Posing just-so, doctoring with filters, curating perfect meal shots, idyllic vacations, beaming offspring. I do it too, depending on how I want people to perceive me at any given moment. The self-consciousness is relentless. It’s rare we witness reality, with all the wrinkles and rawness and fear.

Snapshots, so awkward and earnest, seem a world away. I know nostalgia can be deceitful, but I miss them all the same. Still, my first impulse is to take a picture of this photograph, put it up on Instagram, and wait for likes. For once, I resist.