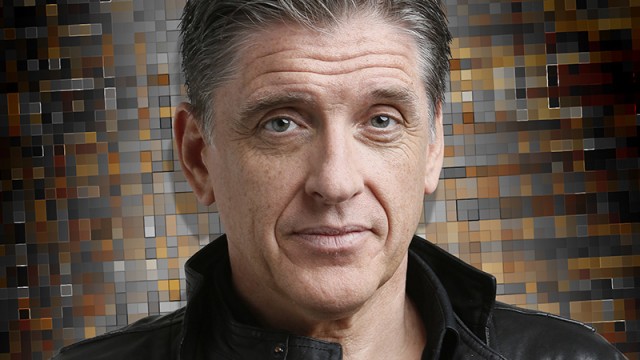 When it comes to late night talk show hosts there is no shortage of dreamy men to crush on. There’s the towering splendour of Conan O’ Brien and his shock of red hair, the fiery passion of Jon Stewart, even Jimmy Fallon was a cutie in his SNL days (now he seems more like a hyper-caffeinated fan boy).

But there’s only one man in late night for me and that man is Craig Ferguson. As you may have guessed, I have an inappropriate crush on him. He’s the reason I can’t get a good night’s sleep. Every evening I tell myself to go to bed at a decent hour but instead I let the hours slip by, lured by the promise of another hilarious episode of the Late Late Show.

At exactly 12:37 a.m. Craig and his suaveness appear on my screen. For ten years Craig’s “I don’t give a fuck attitude” has cultivated a relaxed and inviting atmosphere. Craig is so smooth and charismatic that his guests truly open up to him. His is the only show where it seems like he’s just having a casual conversation with a guest instead of setting them up for a well-rehearsed anecdote. Sometimes it’s hard not to get lost in his dreamy blue eyes and thick Scottish accent and imagine that he’s interviewing me instead.

But that’s not the only thing that draws me to Craig. As if he was playing right into my liberal arts educated mind, Craig insists that his offbeat humour and wacky antics are his way of “deconstructing the genre”. One of those antics included pretending that puppets are hosting the show:

Another was eschewing the usual bandleader sidekick and instead acquiring a robot skeleton named Geoff Peterson.

As well as a fake horse named Secretariat.

And if that wasn’t enough, Craig likes to put his cultural literacy on display with frequent humorous references to everything from classic literature to postmodern art. His recent rant about Rothko has become yet another in a long line of inside jokes on his program. The whole show becomes a strange irreverent dream that is a breath of fresh air in a timeslot that’s usually overflowing with vapid celebrity interviews.

But what attracts me the most to Craig is his ability to bare his soul and show compassion in a genre that usually treats celebrities as punch lines. When Britney Spears was going through her well-publicized meltdown of 2007, he opened the show with a serious monologue that refused to take any low hits at her. He began explaining his own story about his addiction to drugs and alcohol and his path to sobriety. His ability to be so candid while also encouraging his audience to show some benevolence is what ultimately won me over.

It’s clear to me that Craig Ferguson is the whole package. He’s hilarious, sincere and has the perfect mix of high and low culture preferences. Add in his tall stature, salt and pepper hair and dashing good looks and he’s the kind of man I just can’t resist. As Craig ends his tenure on the Late Late Show, I’ll be sad to say goodbye. His will no longer be the last face I see before going to sleep at night. But he’ll always have a place in my heart.