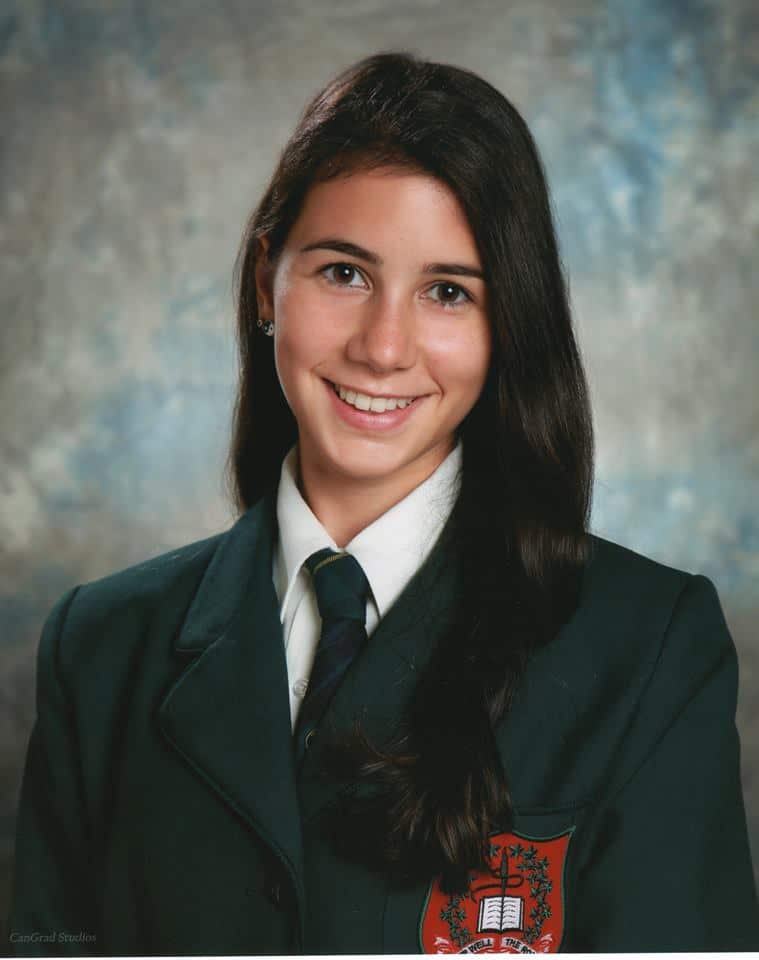 Allow me to introduce someone I know and adore, Ms. Naz Gocek. Naz is a 17-year-old feminist and champion debater and public speaker. I first met Naz when she was 14 and I was coaching her in debate at Branksome Hall, an independent all-girls school in downtown Toronto. She had just moved to the city from Turkey the previous year. When Naz arrived in Canada almost five years ago, she was not used to learning in English full-time, nor was she accustomed to such chilly winters; however, even with these challenges, Naz channelled her optimism and determination into developing into a strong and capable young woman who inspires everyone around her.

Today, Naz is a Grade 12 student poised to finish high school in a matter of weeks. Just four years after moving to Canada, she is now a member of Canada’s national debate team. Along with four of Canada’s finest teenage minds, she will represent her country at the 2016 World Schools Debating Championship this summer in Germany. Naz is also an accomplished public speaker, placing third overall at the 2016 World Individual Debating and Public Speaking Championship, which took place just a few weeks ago in Pittsburgh, Pennsylvania.

In addition, Naz is an activist committed to promoting feminist education in schools, as she demonstrated in her 2015 TEDx Talk, “The F-Word.” Naz has received offers to study at several of the world’s leading universities, including Stanford, Harvard, Brown, and the London School of Economics and Political Science. She plans to major in International Relations. I sat down with Naz recently to ask this inspirational teen for her thoughts on everything from what she’ll miss about Toronto when she goes off to uni, to why she loves debate tournaments so much.

Naz, when did you first come to Canada?

I moved here from Turkey in grade 8, so when I was 13 years old.

What was the hardest part about adjusting to a new country when you moved to Canada from Turkey at age 13?

Getting used to social and cultural norms.

It helps me in a variety of areas. In terms of academics, I find writing essays quite easy, since I’m very used to coming up with arguments and presenting them with adequate analysis and examples. Of course, both public speaking and debating have helped me a lot with oral presentations as well.

Just in general, it has made me a more vocal and confident person; I’m not intimidated by a lot of people and I’m not afraid to voice my opinions.

In your life as a debater, you have received the opportunity to travel around the world, from Hong Kong to Pittsburgh. What is the best part about traveling the globe representing Canada?

The people! During these competitions, I’ve had the privilege of meeting people from all around the world who are equally passionate about exchanging ideas, debating and public speaking. I’m currently Facebook messaging and texting with friends from South Africa, Australia and the US. It’s honestly incredible to be able to discuss anything from Karlie Kloss’s new haircut to the Iran Nuclear Deal with people from all over the world.

Do you have any tips for how our readers can improve their public speaking skills?

Validate yourself and your opinions and ideas; your thoughts matter just as much as anyone else’s and they have a right to exist.

You attend an all-girls school. Would you recommend this type of education to others?

I was in co-ed schools until Grade 9, which is when I came to Branksome. It’s not for everyone and does take some time to get used to. I would highly recommend it though. I love being part of an institution that actively seeks to empower women and build girls’ confidence while promoting girl-and-girl collaboration instead of competition (which the media seems to be obsessed with). I really appreciate being able to see strong female role models and friendships grow every day. Moreover, I adore being able to have intelligent and informed discussions about gender norms, advertising, and feminism in and outside class.

You once gave a TedX Talk about the importance of feminism? What does feminism mean to you and why do you think young women like yourself should embrace it?

Principally, feminism isn’t a complex concept: it’s all about creating equality between men and women. My TEDx Talk was about why we should teach feminism in schools, since I think there is currently a large gap in people’s knowledge of the goals, history and intersectionality of the feminist movement. I think it’s essential that everyone – not just young women – embrace it, in order to create a society that is much fairer than the status quo. Young women, specifically, should embrace it since they are the future. I recognize that that sounds cliché, but clichés are popular for a reason – some of them are quite true. When I look to my peers, I see young women who speak up about inequality and demand change, and will continue to do so throughout their lives. Both men and women need to advocate for the movement, but it is absolutely essential that women demand change and be the voice of the movement.

What does a busy teen like yourself do in her downtime?

Lots of things! I like having variety in my life. My hobbies include, but are not limited to, going to new cafes with my friends, photography, travelling, yoga, binge watching The Office or Arrested Development.

When you go off to university, what will you miss most about living in Toronto?

Probably the super easy-to-navigate public transport system and the proximity of everything. We don’t have a car and I have no trouble getting around.

What advice would you give to students entering high school?

We recently filmed an advice video for younger students, so I’ll repeat what I said there, because I believe in it wholeheartedly. Growing up means making more and more decisions. As you go about making those decisions, be honest. Be honest with yourself and others about who you are, what you need and what you want. Respect authority, but don’t fear it. Don’t let anyone silence your self-advocacy. Be honest, be grateful and be excited: high school is a tough but wonderful time.

It’s a cliché question, but what would you like to be when you grow up?

I’m not entirely sure! I’m fairly open-minded. Anything relating to the UN, NATO, IMF, World Bank, Foreign Service or politics would be fine by me.

What about our world do you most want to see change in the next decade?

Action. Talk is cheap. Acknowledging global warming, or rape culture, or the wage gap are no longer adequate; we need to start acting and making some rapid changes.