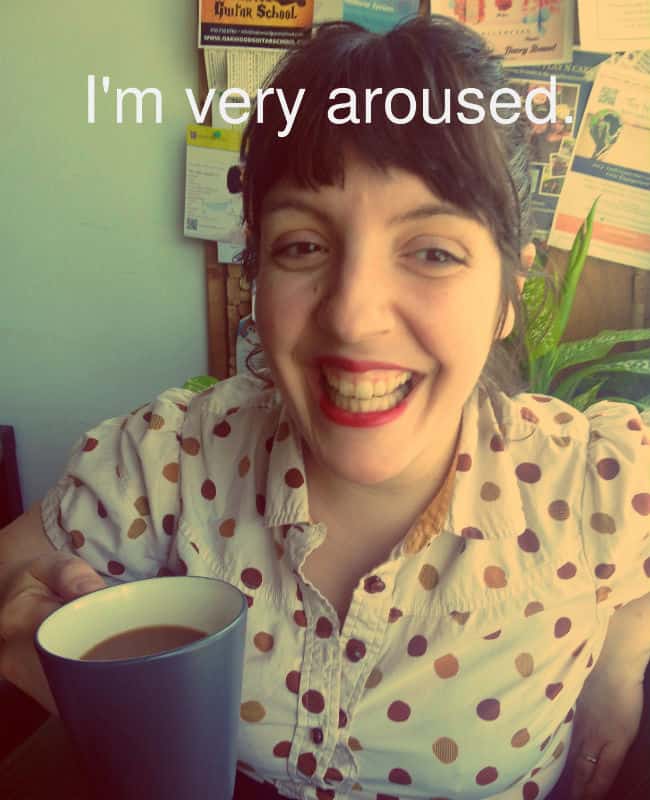 Knock-Knock, I Love You: On Lusting After Funny People

There I was, unironically salivating over Jack Black’s dance moves in Weird Al Yankovic’s “Tacky” video (yes, I know you’re sick of hearing about it. It’s okay. I’m done.). While some of my friends want bookish brunettes or tattooed motorcyclists, my sensual catnip is a terrific sense of humour. Get me to bite with a giggle, reel me in with a belly laugh, and be prepared to call a taxidermist to stuff and mount me (please abstain from making a crude joke here), because I am going to be around forever (that’s why). It sounds innocent enough, but this attraction is not all it’s cracked up (intended – hi, Dad!) to be.

While science tells us that women are programmed to be drawn to humour, my attraction to funny people likely stems from how much they remind me of my family (waddup, Freud) since I’m related to some of the funniest people I know.  Comedy has often been a means of communication and consolation between us.

The attraction has also been based on this well-intentioned but ultimately illogical idea I had that funny people could not hurt my easily breakable heart. Last week I remembered that this is completely untrue.

While stuck in a funk that even James Brown wouldn’t touch, I randomly decided to watch all the videos of swoon-worthy SNL-alum, Bill Hader I could find. My spirits lifted until I felt my giggling schoolgirl fantasies crushed when I learned that Hader is married. I realize, of course, that the chances of he and I ever meeting and falling in love were pretty slim, but I liked the idea that there was a chance.“I get it,” my understanding husband said. “Who can resist a good Al Pacino impression?”

And therein lies the problem: being attracted to funny people is cyclical. First they seduce you through hilarity, the laughter creating a rush of endorphins. Then comes the inevitable fall-out when you realize they’re imperfect or unattainable. Maybe they’re already attached or maybe they’re insecure to the point of being cold or maybe they just stop being as funny as they used to be. So you seek solace in more humour, starting the process again.

I bring this all up because I recently caught myself judging a friend’s taste in partners. They seemed to only be attracted to broken men who would bring drama into their lives. I hadn’t noticed until recently that getting involved with these men was, in a sense, self-protective. In doing so, my friend didn’t have to work through any of their own problems, instead devoting their time to arguing and having sex. Similarly, being almost exclusively interested in funny men was a way to avoid drama. It didn’t work, especially since they often found it so hard to discuss anything seriously. And truly, anyone can hurt anyone. I get that now.

So next time you’re about to tell your friend that they need to reevaluate their crotch desires, take a second to think about your own pants feelings and whether or not they’re a clever ruse your heart designed to keep itself in one piece.

The heart’s funny that way.