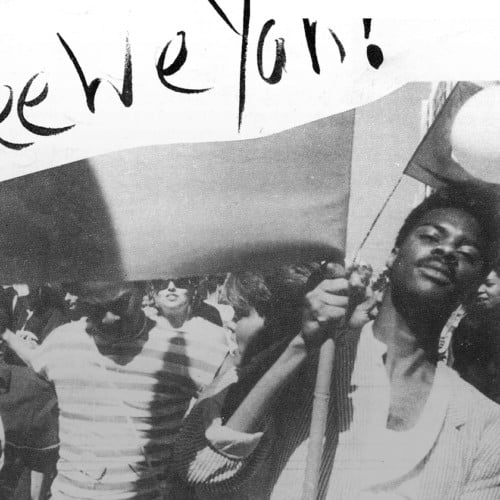 Myseum Toronto‘s fourth annual Intersections Festival is in full swing. This year’s theme is Revisionist Toronto, and for the month of March, you can check out incredible (FREE) programming that sheds light on lost or hidden stories while reclaiming important perspectives from Toronto’s past.

Legacies in Motion: Black Queer Toronto Archival Project (happening March 14 to 24) unearths the stories of the vibrant period of political organizing and cultural activism from the Black LGBTQ communities in Toronto in the 1980s and 1990s. This exhibit connects an earlier generation of activists and artists, and their legacies, directly to contemporary organizations, movements, movers, agitators, disruptors, and creators.

We caught up with the curator of Legacies in Motion, Courtnay McFarlane.

SDTC: Can you describe how Legacies in Motion: Black Queer Toronto will be presented? Is it mixed media? How will audiences experience the exhibit?

CM: Legacies in Motion will be presented at the BAND gallery in Parkdale. The exhibit draws from the personal archives of folks who were directly engaged in much of the Black Queer political and cultural activism in the 1980s and 1990s in Toronto. The archival materials (zines, books, flyers, posters, newspaper articles, and many photographs) will be presented as is, blown up and enlarged as well as creatively reimagined or re-mixed.

Along with the paper ephemera, LIM will feature textiles (T-shirts, embroidered hats, handmade banners and hand dyed fabrics used for events). Photo albums will be there to flip through, Artwork and video pieces and a live DJ playing music from the era (at the opening) will provide an engaging and immersive experience for visitors.

As archives are more than the ephemeral materials of the past, archives are also embodied in the memories and stories held by individuals. LIM will facilitate the sharing of those stories, those memories in the Sunday afternoon talks around Art as Activism, and AIDS Outreach Then and Now.

How did you go about sourcing the personal archives, and do you have a favourite discovery?

LIM was inspired by the Ruckus Black Queer archives in London, England. Ajamu Ikwe-Tyehimba, the artist archivist behind Rukus, recommended that for the first exhibition I choose no more than ten people to contact. Following his suggestion, I connected with the individuals I knew who were activists and artists behind the groups and events I wanted to feature. Most of these people were friends and acquaintances, people with whom I organized. After an email or telephone conversation about the project, I made arrangements to meet with them to go through the materials they had that were most relevant.

One of the archives I accessed and work from, which is featured in the show, was not a personal connection. I had a copy of Share Magazine (a Caribbean community newspaper) from October 1991 that had a group shot of Black CAP (Black Coalition for Aids Prevention) volunteers marching in the Walk for AIDS wearing distinctive Black CAP gear. It was an image I loved and wanted to see shared with others, and a topic I thought was an important one to include.

Through the photo credit I tracked down the photographer. Not only did the photographer Steven Lungley have the negative of the photo in question, he also had negatives from other events I sought. Steven had kept detailed and well-organized files of his photographic work for Share over the decade he has worked there. I had connected with the ultimate personal archivist.

What have you thought a lot about since beginning to work on this project? Has your perspective shifted?

I began the project knowing that the period of the 80s and 90s, and specifically BQ activism, was a rich and productive period. Through the process of gathering materials, having conversations and through the personal archives of the exhibition contributors, I was reminded of events and individuals I had forgotten or had never known. Through this process I was making discoveries and recovering memories. I was also reminded of the significant role played by women, Black feminists, in much of this work, even within primarily male groups. The influence of Black feminist organizing principles, practices, and politics is undeniable.

What part of the process have you enjoyed most?

In meeting with contributors I was most excited by the stories that were shared as people held the documents or objects they wanted to contribute. The holding of a piece of paper, the turning of a page in a community newspaper, the smoothing out of the fabric of an old T-shirt invariably led to a telling of tales I felt fortunate to witness, and when appropriate, include parts of in the show.

What conversations do you hope the Legacies in Motion show will spark?

I hope that like me, those seeing the exhibit will be inspired to engage in conversations about their memories and recollection of that period and the groups, events and individuals featured. As well, I hope to spark conversations about new discoveries, revelations and connections made through LIM, particularly among a younger generation of BQ and others.