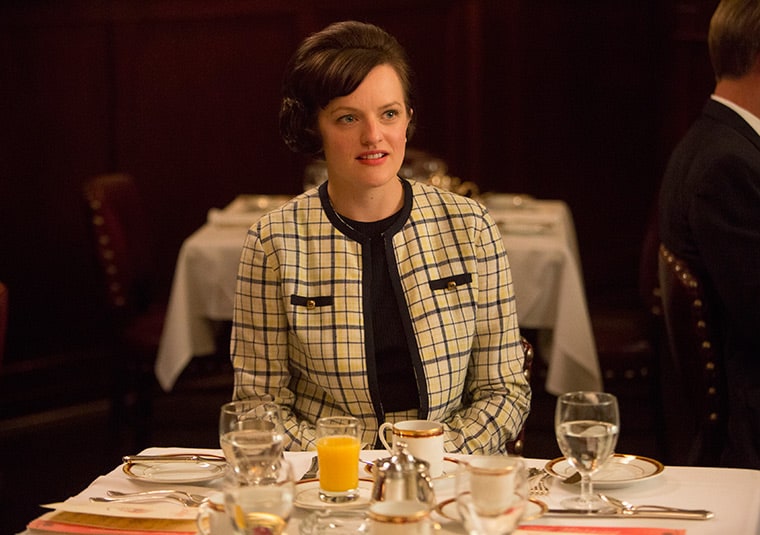 "Great modern writing does not indulge our desire for villains and heroes."

As a Man Men devotee, I, like most fans, love the show with a fervor usually reserved (in a televised capacity) for sports games and evangelical broadcasts. I watch, every week, with rapt attention to every detail, which I then dissect for days. The show’s nuances lend themselves to this kind of analysis and attention. And, like a sports fan, all I want from Mad Men is something I can put on a tshirt.

JOAN + PEGGY 4LYFE. Fuck Don. WWROGERD? These moments of moral clarity are the kind of thing we’re used to from television, and precisely what Mad Men will never provide. I imagine Betty, eyes rolling over her cigarette and one hand on an apron’d hip as she says to Sally in the kitchen, “He’ll never give you want you want, dear.” Mad Men is an exploration of the complications of the human condition, set in an era when the shape of culture seemed like a great, heaving echo of that inner turmoil. Nothing in the series is cut and dry. There is no good and evil, (this is true of so much good television, like The Wire. Great modern writing does not indulge our desire for villains and heroes.) there is just life, a series of choices made by characters whose relentless fallibility can feel almost painful to a loyal viewer. But it’s also what keeps us watching. In Mad Men, as in life, there is no true relief. The best you’re going to get is Bob Benson’s shorts. (Which, to be fair, is pretty good.)

As the sixth season draws to a close, and most of us start queueing up our Netflix to rewatch the five that came before it, we remain grateful that Mad Men refuses to make things easy for us, even as we cringe on our couch every Sunday night.