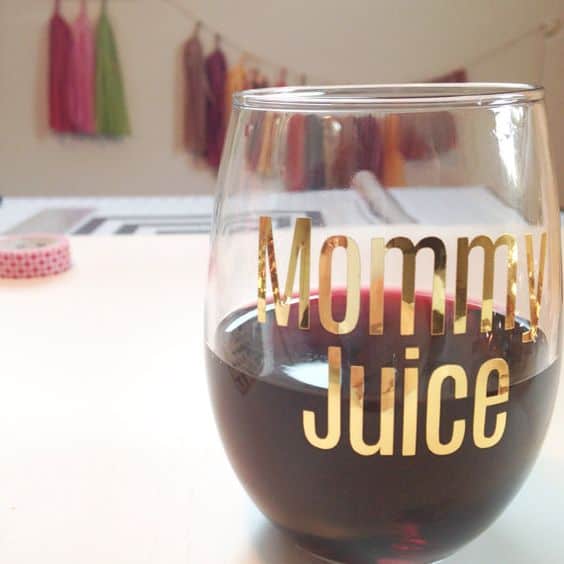 How Mommy Drinking Culture Is Harming Us

I recently heard about an event in Toronto called “A Very Mommy Wine Festival.” The more I read about it, the angrier I got. The website and event page touted things like, “We are giving moms a better maternity leave…join our event series: Mommies That Like Wine,” “Wine/Beer always offered but never pushed,” and “An amazing afternoon of drinking, baby feeding and having a hella good time with some of the coolest moms in Toronto.”

I wanted to email all the sponsors and shame them for their involvement. I wanted all the women in recovery to rally around me in my witch-hunt. Instead, I took five seconds of pause (a second for every year of sobriety). Then the wise words by Desmond Tutu came to mind (and I had recently heard Glennon Doyle Melton share them at a conference called She Recovers in New York City): “There comes a point where we need to stop just pulling people out of the river. We need to go upstream and find out why they’re falling in.” It is so true. As much as I want to blame and shame “MomsTO” and their “Very Mommy Wine Festival,” I need to look upstream and blame the culture we live in.

In a study by National Post on drinking in Canada, experts found that one of the most noticeable rises has been amongst women of childbearing years. In a study by the Today Show, 40% of moms admitted to having a glass of wine to deal with stress. One third of those women said they had a friend who was worried about their alcohol consumption. This change in pattern is also the basis of Drink: The Intimate Relationship Between Women and Alcohol, written by Toronto-based author Ann Dowsett Johnston, who starkly points out that 15% of all breast cancer cases are related to alcohol consumption.

Speaking from experience, let me say that you can survive motherhood without wine, and it may even be better that way. As the mother of a toddler, I am now 2.5 years in without the elixir known as “mommy juice.”

I understand that not everyone identifies as an addict, but for those moms who do or those struggling to maintain sobriety, this event and group sends a very clear and dangerous message: every mom drinks, and drinking is how to get through maternity leave/motherhood. Not only is this a falsehood but it is also a big ugly problem.

Statistically, female binge drinking has been on the rise in Canada since roughly 2002. To suggest doing it with your kids as a means to cope with the reality of having them? Well, that is a scary invitation. How many women are going to drive home from the event? How many are going to feel the depressive effects of alcohol and look at their life, their children, their construct of motherhood as something worse than it is? Sure, not everyone has a problem, but if the addiction statistics are correct, at least 10 per cent of attendees could have an issue.

The suggestion that this group could assist in the postpartum depression epidemic scares the crap out of me. As someone who suffered with PPD, I attribute my ability to know something was not right to my sobriety. I was in tune with myself and had the awareness that I was off and needed to get help, and quickly. I called my doctor and got referred to Mount Sinai’s Peri and Postpartum unit, got a psychiatrist, meds and was put into a support group.

My psychiatrist suggested that I join a “mom group” to get out and meet other moms with young children. This, in theory, seemed like a good idea. But within the first fifteen minutes of joining, I knew I couldn’t be in the group. During introductions, more than half of the members talked about wine, wine events or drinking together as something that bound them. It was shocking and disheartening to me. When did drinking become the only thing we could do together? When did becoming a parent seem so unbearable that we couldn’t face it sober? Everything we were going to do would involve drinking. As someone who was then barely two years into my sobriety, it was trigger central. I kept trying to convince myself that I was strong enough and that I was okay to join. The writing was on the wall when, on my way to a “social” in a bar, I had a panic attack and realized I was going to drink if I joined the others.

For mothers, PPD is the most common complication of childbirth; sometimes it sparks a lifelong depression. This is a real, viable health concern. If a mother is suffering from PPD, drinking is the last thing she needs, as one in ten moms are affected by drinking. If “A Very Mommy Wine Festival” is inviting them out in hopes of curing the problem, it is completely irresponsible.

This piece was first published on SoberInThe6. We’re grateful that the author granted permission for us to share.