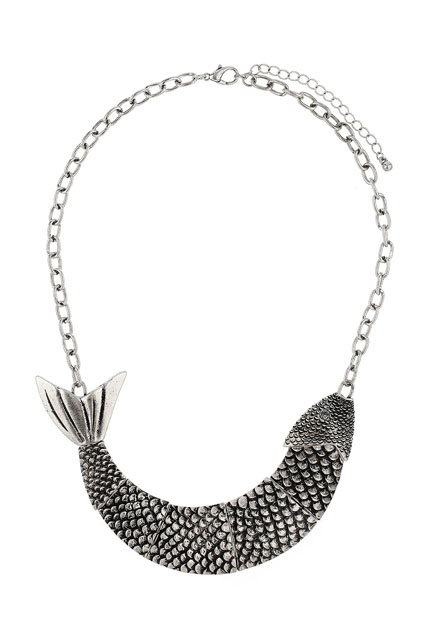 My first trip to London's Topshop, where customer service apparently involves fish pedicures. It's not weird, it's Ichthyotherapy.

On a recent trip to London, I naturally went to Topshop on Oxford Street.  The most-talked-about style institution recently caused a frenzy among fashionistas by setting up shop in Toronto, and I was expecting runway styles at an affordable cost, but with a European edge. I wasn’t let down. The store was 5 floors of amazement.

An employee told me they get new stock in every 20 minutes (in retrospect, I think she may have been exaggerating), but the Topshop on Oxford street is the biggest fashion store in the entire world, where, aside from stocking up on gypsy rocker fashions and towering pumps, you can get your nails done, hair trimmed, get a pair of pants hemmed in under an hour, or eat a sandwich. In case you don’t want to do any of the above, you can hang out in a giant aquarium with total strangers and have fish nibble your feet.

I realized this when I heard shoppers shrieking from the ledges between racks of clothing. This quirky form of spa treatment is supposed to naturally remove dead skin, cleanse deeply, and aid in cell regeneration and blood circulation. It’s supposed to be super relaxing, as the little fish chompers apparently act as micro-massagers. “Ichthyotherapy“– using marine creatures as agents of skin cleansing-has an elusive history beginning in Turkey, when a shepherd with an injured foot stumbled upon a hot spring and soaked his feet, allowing the fish to nibble his wounds. After his skin healed quickly, word spread that Garra Rufa Fish were good for treating skin disorders. Two centuries later, fish treatments are up there in popularity with Botox and Brazilian waxes.

Call me a pussy, but I opted to not pay the 5 pounds to have a school of tiny fish suckle away my dead skin cells. I can barely keep my feet in a lake on the edge of a dock for too long without driving myself crazy at the thought of what could be lurking around waiting to wrap its slimy aquatic lips around my toes. Some people swear that they never have problems with calluses again after the fish treatment, corns are diminished, and skin is radiant and plumped up. Other’s dig it because no chemicals are used.  Fair enough, I guess, but treating my pieds by submerging them in Topshops’ lovely selection of summer flats is more my idea of pampering.