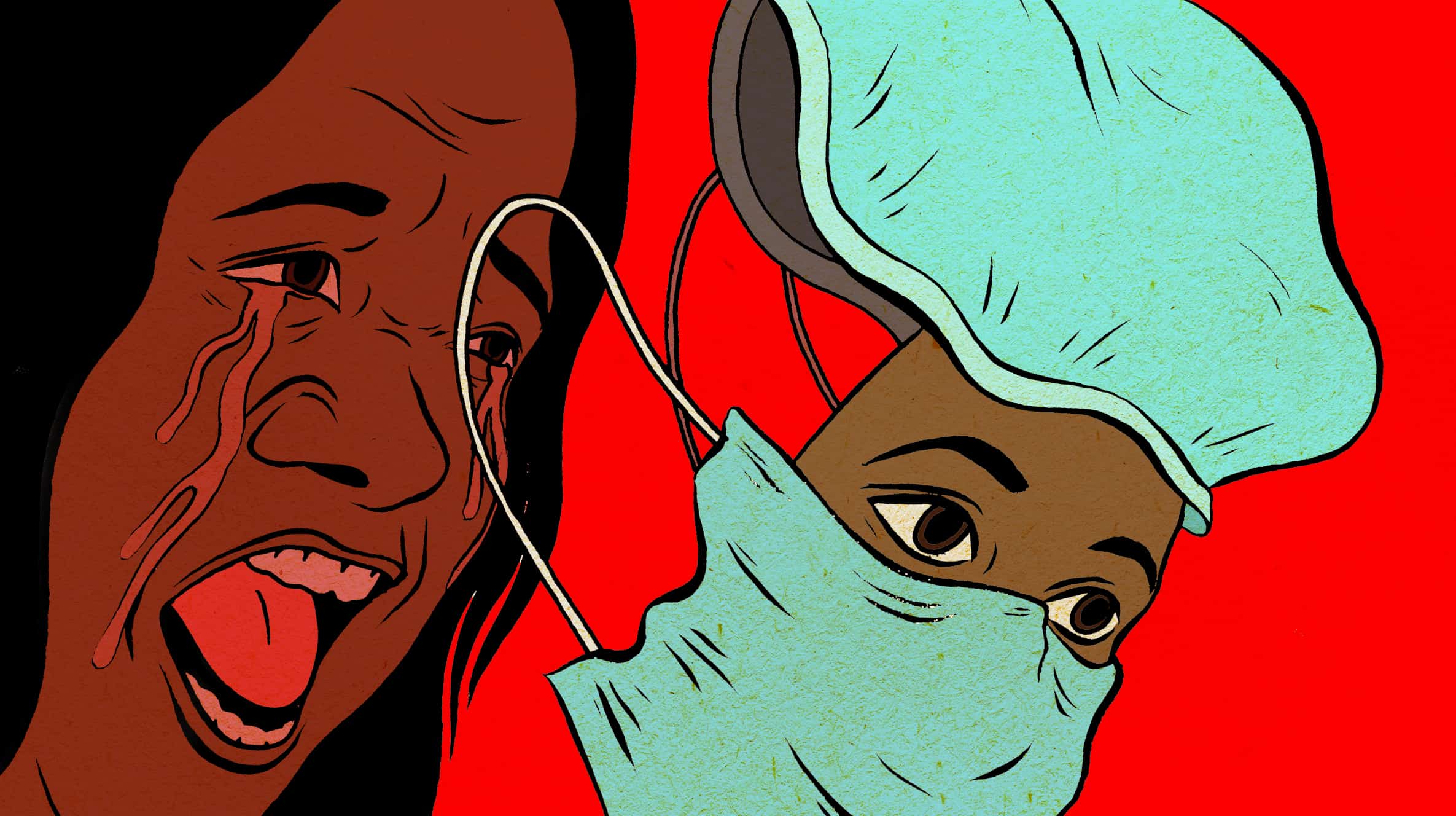 "Working in the emergency department right now is chaos. It's like working in the trenches; that's what we call it."
Life Stories

Erin Ariss was an emergency department nurse for 19 years, most recently in a hospital in Kitchener, Ont.; she’s been on leave since November. Ariss is on the board of directors of the Ontario Nurses’ Association and is the vice president of region four.

It was awful at the beginning of the pandemic, and we really had to advocate and fight to be protected. Our counterparts in the fire department and the police and paramedics, they had full respirators and we had surgical masks. A number of us got sick. Many people would live in their driveways in RVs so that they wouldn’t go home to their families and give them COVID. I would come home completely exhausted. It was difficult being a mom. I didn’t want to hug or kiss my kids because I didn’t know if I had COVID and I knew I wasn’t protected and I had been around these patients all day. So it was extremely stressful.

And on top of COVID, we had our normal daily work in the emergency department, which is hectic to begin with. COVID wasn’t selective. We had children who were ill, even in the beginning, and we’d have to transfer them out of town to children’s hospitals. We had young people our age who died before us. It was predominantly our most vulnerable elderly patients, but it was like a war zone and it continues to be that way. Right now it’s getting much worse with Omicron. There’s dozens of nurses in my hospital who are off sick right now with it. So the pressure is on to try and care for the influx of patients coming from the community with staff who are ill themselves, or aren’t at work because they’re ill. So it leaves sort of a skeleton crew behind. It’s scary times.

Ontario emergency rooms are in chaos

Working in the emergency department right now is chaos. It’s like working in the trenches; that’s what we call it. For the last decade, it has been deteriorating, but certainly in the last two years what’s happening there is unsustainable. I don’t know the reason why things have eroded to where they are other than a lot of us feel that since we’re a predominantly female profession we are overlooked.

There’s a huge amount of burnout, and that’s an issue because in nursing, we transfer a lot of knowledge. When I graduated I was supported — I called it a nest. I stayed in that nest for quite some time while experienced nurses looked after me as a young nurse, let me experience things and transferred their knowledge to me. And our new grads really don’t have that to the same extent that I had.

A lot of the clinical placements of our new grads were canceled, so they’re graduating into this career where they don’t have the personal experience through clinical learning. And now our expert nurses are resigning because they just can’t do this anymore. So it’s a perfect storm in which they have very few people to mentor them, and those that are there don’t necessarily have the time to do so. I’m a critical care trained nurse, and I didn’t have time over the past two years in particular to nurture because we were just run off our feet every day we worked. So that’s part of the burnout too;I should be teaching, I should be mentoring new nurses, and I just don’t have time because I have so many patients and they are so sick.

There are not enough nurses to properly care for patients

Patients’ assessments are delayed, their medications are delayed and we’re doing our best. There’s just not enough of us now. And the scary part is there seem to be less and less and less as weeks go by. People are sick, which is hopefully short term, but there’s been so many resignations and those are permanent. We’re in dire straits right now, that’s for sure.

There’s not a lot to entice people into nursing right now, though thankfully people are coming into nursing. But there’s a lot less that keeps people there. It’s not what it used to be. People are in nursing because they care for people. They want to do their job, but now we’re seeing mental health is a huge, huge issue. A lot of my peers have started taking medication for mood or for anxiety or for depression. And on top of that, they’re unable to sleep, and they’re not eating, and they are really struggling. They don’t really have that spark that they once had, but they put their best foot forward. And I admire that. They’re just fantastic. But it’s not one or two, there’s a lot of people struggling.

The caregivers need caregivers. Our patients are vulnerable regardless of what’s going on and we’re there to look after them and nurture them and get them better. And it’s almost like there’s nobody there who is doing the same for us. We feel alone and isolated from everybody because at the beginning of all of this, we had pots and pans and people were bringing in lunches. People would cheer and talk about frontline heroes. But we don’t have that anymore.

Everybody feels isolated right now, but nurses, for the most part, even when we weren’t locked down, remain locked down. I’ve only seen my parents a couple of times in two years. And that’s because I never know when I’ve been exposed. I never know what I could take to them. So we, as a group, predominantly, haven’t been with our loved ones because we’re fearful of giving them this.

And I can tell you any support, anything in the public, any tap on the shoulder, any pat on the back would help. But certainly we need some strong advocacy from other Ontarians. We need someone to help us advocate to improve our working conditions so that we can be there to provide the care that we want to give.

Bill 124 means there’s a cap on our wages. We have an eight-step wage grid, and then from year eight until year 25, we don’t get an increase. Most of our workforce is between the eight and 25 years, so they only get a 0.98% wage increase for those years. That is really demoralizing when you’re seeing our counterparts in predominantly male professions that do receive significantly more compensation than we do. Their yearly increases are in line with the cost of living, if not more. And hospital administrators, I mean, you quickly browse the Sunshine List, and for the most, they’re getting far more than 0.98%. So that’s equally as frustrating.

I don’t think there’s a clear understanding of who cares for you when you’re in the hospital. I worked in ICU for a few years and the doctor there sees you once or twice a day. But we nurses maintain you. We sustain your life. We work off of orders, but we have parameters and we adjust things. It’s the same in the emergency department: the doctors see you, but we maintain you. I’m not saying doctors are not important, they are – my doc friends, they’re great – but we are the ones who are at your bedside. We are the ones doing what you need to have done. And it just doesn’t feel like that’s reciprocated. We’re always told to be resilient and we’re past that. It’s frightening.

I remember once I was in the middle of our acute care area and it was packed. I was the only nurse there, and I had 11 acute care patients. My colleagues were in the resuscitation room and I just looked at one of the doctors I work with and he said, “Erin, are you OK?” And all I could say was, “This is unsustainable.” And I carried on.

To see more interviews in this series, go here. 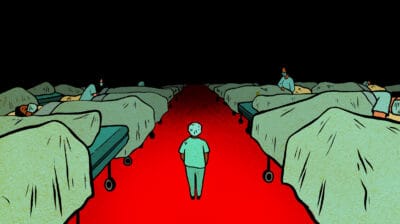 Take action to support our nurses

"Working in the emergency department right now is chaos. It's like working in the trenches; that's what we call it."