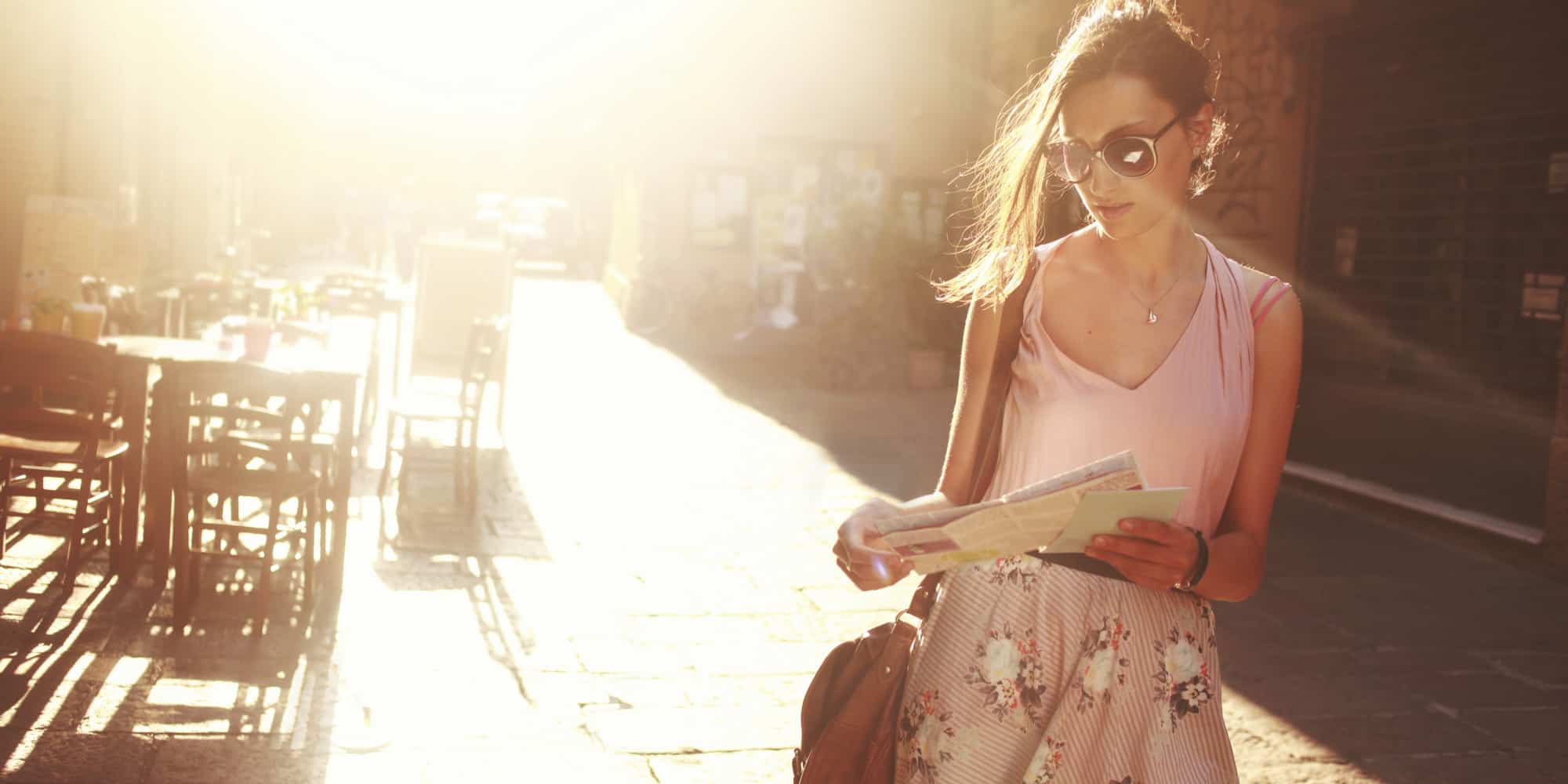 ON BEING A SINGLE WOMAN IN TORONTO

Being a single woman in Toronto is like being an escaped peacock from High Park Zoo. We don’t really know what we’re looking for; we just know that we need to break free from the confines of our past and fly through the ups and downs of new territory, without attracting too much attention. While dating preferences differ between us regarding communication style, emoji stories, text expectations, wants, needs and dietary restrictions, I’ve come to realize that there are stark commonalities that every woman must come to terms with. Like Toronto’s famous liberated peacock, who bravely entered the wild of the urban playground, we must take the risk and force ourselves into the wilderness of the city with these realities in mind.

Before 2009, this was totally frowned upon. If you had sex with a partner, they carried your sexual experience together like a teardrop face tattoo that signified they were off limits to friends. Now, it’s a little different. Everyone is having group sex after the bar, sleeping with friends, exes, friends of friends and whoever happens to be there. We’re more open to the idea of everyone having sex with each other because the Internet has made the dating community very small and it’s going to happen whether you want to admit it or not. As an adaptation to this, sex has turned into a Yelp review between friends. You might find out prior to meeting your date that his dick curves to the right, that his dog recently passed away or about the weird birthmark on his back from childhood. It’s too much information, but so what, everything is TMI in Toronto. Try not to think too much into it.

ON SHAVING YOUR BOUNDARIES BEFORE THE DATE

The best way to establish body boundaries is to not shave certain parts of your body. This will help you define your level of comfort if things are going well and you decide you want to see them naked. Self-control is keeping your pants on lock down because you haven’t shaved for two weeks and don’t want to gross them out. For them, it means I’m a woman who demands respect, who will keep her pants on because she has values, patience and strong below-the-belt morals (“unshaven body boundary insurance,” as I like to call it).

You’ve got cool bleached hair, a third-hand jean jacket and some clunky black sandals from the ZARA sales rack. You’re culturally relevant because your Instagram preaches how ironic, funny and introspective you are with pictures of smiley faces, feminist book excerpts and brunch. Such is life, we must find a bar that speaks to our “vibe.” In Toronto, these first date spots include Northwood, Three Speed, Black Dice Café, Bellwoods Brewery, Churchill, Tequila Bookworm, Beaconsfield, The Ace, 416 Snack Bar, Mr. Flamingo, Wallflower, Rhum Corner, No One Writes to the Colonel, Bar Fancy, The Fountain and Cold Tea. There’s more, but that’s a good start for now.

ON APPROPRIATE TIME TO MEET

No, I’m not going to meet you for a Jerk Pork Sandwich at Barton Snacks at 2:45 a.m.

ON SHOWING UP SORT OF LATE (BUT NOT TOO LATE)

Give yourself five to ten minutes to be late. This is v. important.

ON NOT MIXING TOO MANY DRINKS

If you happen to end up on a date that turns into a bar crawl, do not be tempted by the “bar specials.” Last week, the bar special happened to be Pilsner and Jamieson whisky shots for $10, and we fell for it like a pair of drunk-in-love idiots. Remember: the best way to make a date memorable is to drink tap water in the public washroom, then vomit all over yourself in the cab ride home. This is key.

ON STUPID QUESTIONS THAT YOU DON’T NEED TO ANSWER

The world’s stupidest dating question: “What are you looking for?” I’m looking for that dude with two dicks, have you seen him? Has anybody found the peacock yet?

ON KNOWING YOURSELF (OR PRETENDING TO KNOW YOURSELF, WHATEVER)

Knowing yourself isn’t knowing what you like; it’s knowing what you loathe. It’s a process of breaking down your partner’s history of bad habits, annoying behaviours and unforgivable actions into future patterns that you either don’t mind or can’t stand. Some of these make-or-break things will be negotiable with other redeeming qualities, but it’s best to remind yourself prior to the date what you don’t like and what you won’t put up with.

Between the hard-hitting questions to figure out romantic compatibility, you’ll need some fluffy small talk to sprinkle through the night. These Toronto-friendly conversation topics include: reminiscing about the escaped High Park peacock, RIP Newmarket Black Bear, TTC is too expensive, Uber is so great, remember the threesome on the King West streetcar? Biking is really dangerous but we’ll bike without helmets anyways, Drake always drinks at The Local in Liberty Village, excitement about WayHome Festival, people who walk too slow on Queen West, best taco places in the city and mutual friends who happen to be very cool bartenders or own a bar. At this point, you can share stories about mutual friends. For example, everyone personally knows Majid Jordan or has met someone who has dated and/or slept with someone from Degrassi. WE HAVE SO MUCH IN COMMON!

ON EXPLAINING WHAT YOU DO FOR A LIVING

Ugh. I’m not good at this part. I don’t really know how to explain PR other than saying that it’s like human beings pretending to be human beings, selling stuff. The worst part about explaining PR is that your date automatically assumes you’re some sort of evil car salesman manipulating the truth to build a fantasy capitalist empire. I don’t mention much about writing either, because I know they’ll Google me and read everything I’ve ever publically written. The goal here is to sound confident, happy and like you’re “constantly learning” in your current professional role. If they ask you what your salary is, tell them that they’re paying for the bill and you’re temporarily living out of the 501 Queen West Streetcar. Fuck you.

ON DATING SOMEONE WHO STILL WANTS TO FUCK THEIR EX

Third time’s the charm, ladies. If he mentions an ex more than once, run away immediately then text your ex later that night to see what they’re up to.

ON REVEALING TOO MUCH ABOUT YOURSELF

The first date is a TV show pilot. You’ve got to reveal the general plot line of your personality, but leave enough loose ends to make them want some sort of emotional season finale with you. Say enough to re-confirm the obvious: I’m secretly a huge weirdo and I’ve got some heavy emotional baggage that I’ll tell you about when the time is right over tacos sometime between the 4th and 12th date. Just know that I can pretend to be normal most of the time and I think I’m a good person and I’m figuring it out as I go. And you are too, so let’s date I guess?

Alright fine, maybe this hasn’t happened to everyone. But in the heat of the moment, pretty candlelight, handmade Canadian wood chairs and Sam Cooke playing in the background, it seemed like a REALLY GOOD idea to sleep with him on the first date. Rule of thumb: if he tells you he makes his own furniture, call an Uber before you’re tempted to sleep over because you can’t help but imagine him working in the backyard, sanding wood without a shirt on. Dating is so hard sometimes.

ON DATING SOMEONE YOU’RE NOT INTO, BUT THE SEX IS OKAY

You were drunk, I get it. Sleep over at their place so you can run out in the morning at 6 a.m. and pretend like it didn’t happen.

Yes, I know what a VHS is. No, I didn’t see that SNL commercial from 1992 because I was still breastfeeding. Yes, I’ve seen Dazed and Confused once or twice. No, I don’t like Seinfeld because I honestly don’t like Seinfeld, sorry. Yes, I grew up with MSN and Roald Dahl. No, I wasn’t living in Toronto 11 years ago to see how sketchy Trinity Bellwoods used to be because I was busy being 13 and having my first period. The Q&A will continue, the sex will be fantastic, and in the end, you’ll come to realize that you’re both looking for different things because he wants marriage and you want frozen yogurt and incense sticks that smell like a sexy world traveller. The end.

ON TALKING ABOUT YOUR HOBBIES WITHOUT GOING INTO TOO MUCH DETAIL

Writing is like being an undercover cop, off duty, drinking at a bar. I try not to talk about writing too much because everything that I’m involved in will eventually be typed into a written form that will live somewhere between my diary and the Internet. It’s dangerous being a writer because the person you’re dating probably doesn’t want you to write about them. I get it, but that’s the risk of dating a writer, so for the time being I’ll live my life like an undercover cop until they eventually find out who I am and decide if I’m worth all the trouble or not. I like how Drake spins it: “If a writer falls in love with you, you’ll never die.” Sort of flattering, isn’t it?

I recommend going to the washroom and never coming back. The downside is that you’ll have to wait three months before returning to the bar because you’ll feel terribly guilty about it. If you see the guy you ran out on, well, I recommend you cross the street, grab some sunglasses and avoid any potential eye contact. Alternatively, tell the person you’re not really interested, settle the bill, and end the night like an adult human being. Mind you, the first option is more fun.

ON GIVING UP ON DATING, THEN DATING AGAIN, THEN COMPLAINING ABOUT DATING

Welcome to the Toronto dating cycle. You go on a date or two, someone fades out, they like you more than you like them, you realize that you’re still in love with someone else and you break it off and start the whole thing again. Exhausted, you stop dating for a while to give it a rest. Then, one day, you start dating again and remember why you stopped dating in the first place. It’s a vicious cycle that we all have to go through sometimes. On the flip side, you try new food and discover new things about yourself. In the famous words of 2Pac, life goes on. And so does the dating world.