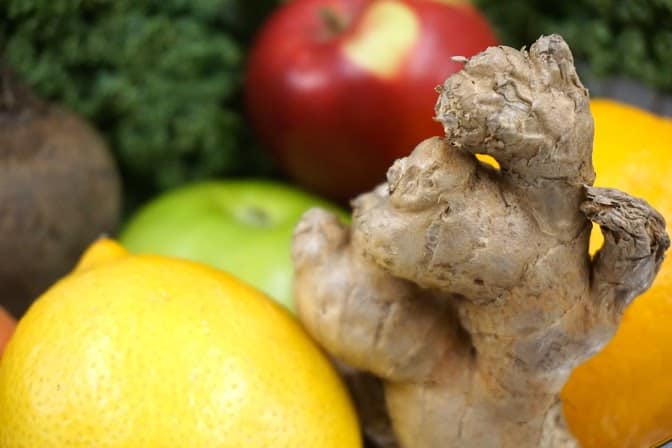 Watch out for the next HULK SMASH into the Toronto juice world! Enter, Smash Juice Bar. 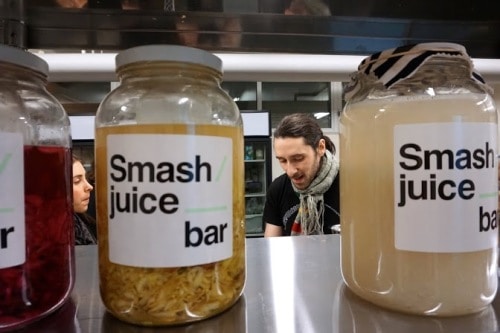 However, this juice bar comes not-so-new to the game thanks to Parkdale’s own VAMS’s Kombucha and Rose City Kitchen’s Nipun Sharma on board. Both food entrepreneurs collaborate to steer this ship into some seriously delicious and nutritious juices, homemade milks, skin care and food options. We love juice. We love food. We had to investigate. 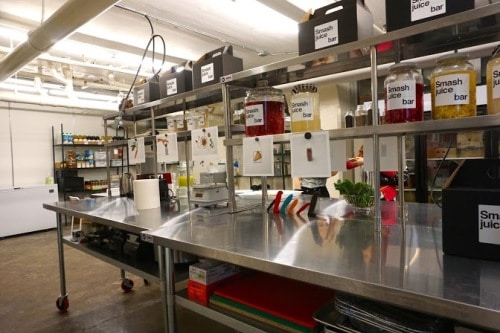 Their Leslieville warehouse (Smash’s main smashing facility) is complete with a kombucha and keffir water fermenting cellar and massive juice press machines that deliver NINE TONNES of pressure. Judging by their pristine conditions, I wouldn’t have been surprised if I was asked to don a lab coat. 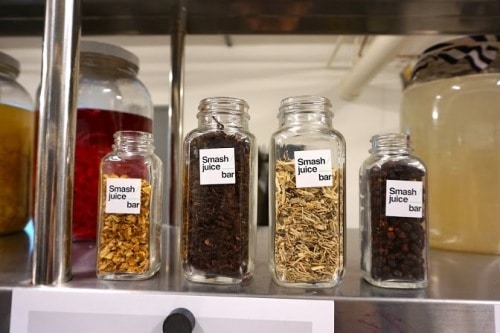 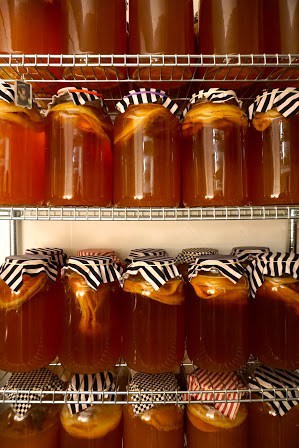 After a brief consultation about my current diet from in-house nutritionist Ali Shoom, I learned how I could get the most nutrients for my buck by utilizing the “Rejoice” juice with carrot, apple and ginger. Or, instead of my usual drip, I could keep a healthier caffeine coursing through my veins with their cold press coffee. I always have a pretty steady stream of coffee going, so again, if I can find a safer/healthier way to do so, why not? I was also treated to a nibble of kale chips that are dehydrated, not fried, and tossed in a tahini-like dressing with shallots and carrot slivers. Addictive. 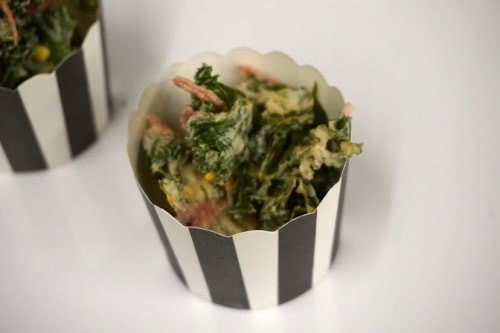 Next up, a “pumpkin pie” that had no pumpkin? It is a raw baking option with cashews and nutmeg as the star ingredients. Apparently, that’s all we need. I washed it town with “Purify” (containing celery, cucumber, green apple, parsley, lemon, and ginger). It was a tangy surprise that proved that celery has actually has some serious taste. I could imagine cracking open a bottle of this anywhere, like after emerging from a subway platform after a particularly trying TTC commute or court side, post-Trinity Bellwoods tennis sweat. 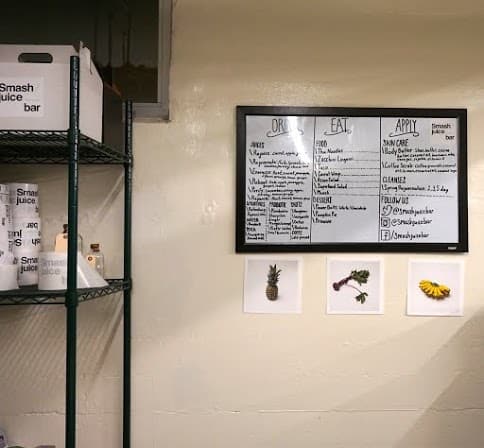 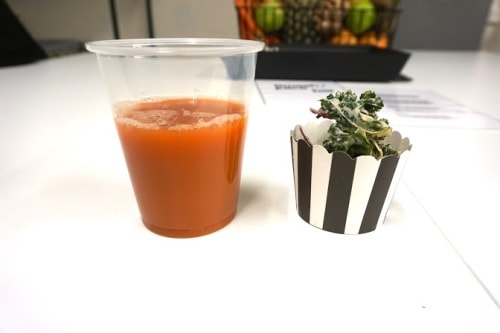 Not only is Smash Juice Bar opening next week, but so is Rose City Kitchen and Clockwork Coffee at 36 Toronto Street! Catch your one stop shop for health and wellness there, as early as Monday, April 20th!​ 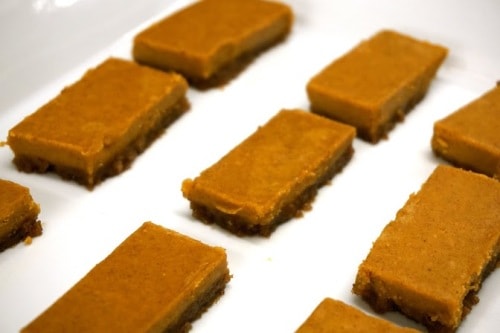