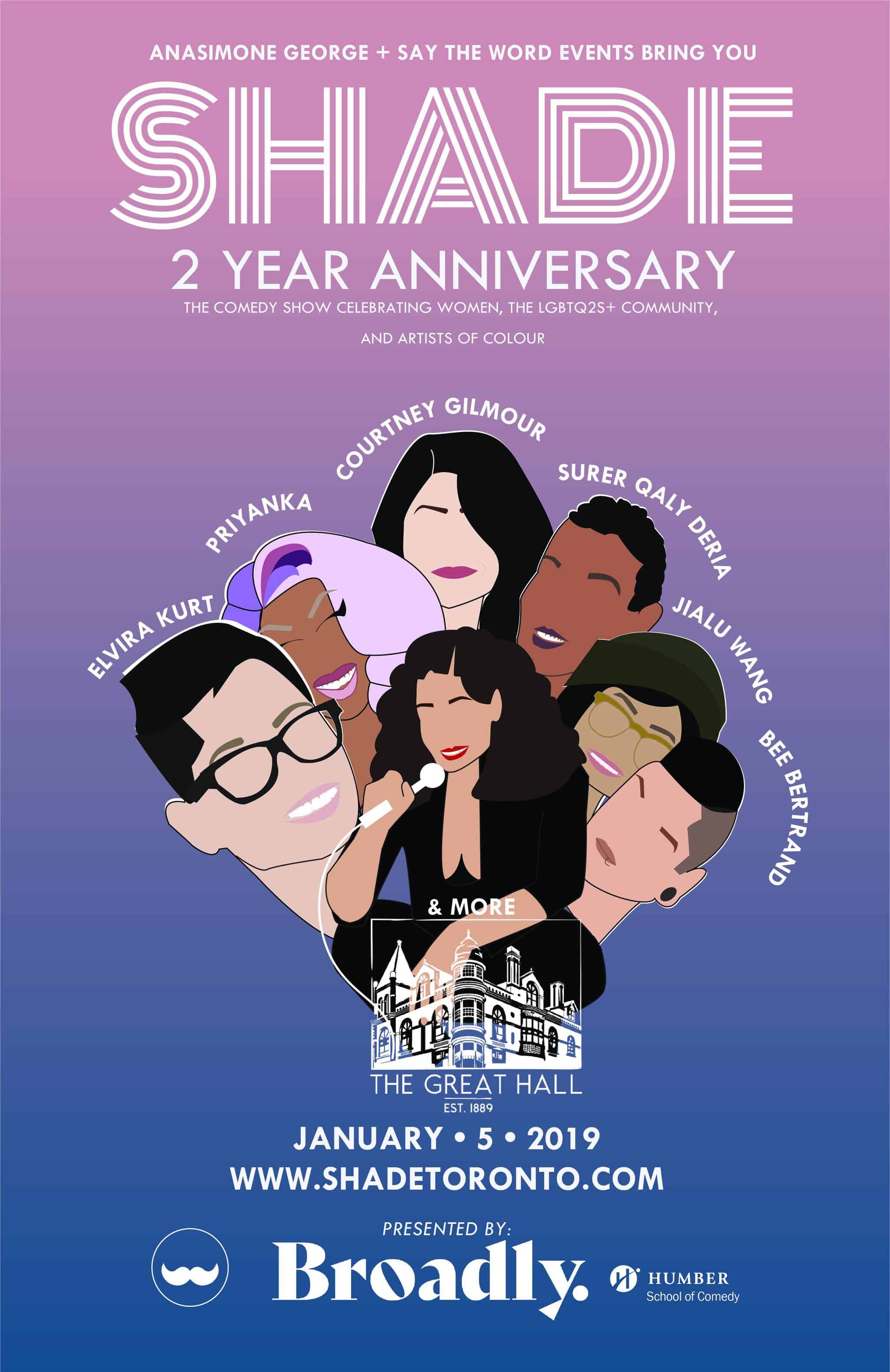 Our Pick of the Week: SHADE Two-Year Anniversary

SHADE—the monthly comedy show that celebrates women, the LGBTQ2S+ community, and artists of colour—is turning two! To celebrate, they’ll be taking over The Great Hall (1087 Queen St. W.) on Saturday, January 5, for a night of comedy, dance, drag, and improv.

Headlining the event will be Elvira Kurt, a three-time Gemini Award nominated stand-up comic and Second City veteran who has appeared on and written for shows such as PopCultured with Elvira Kurt, George Stroumboulopoulos Tonight, Ellen DeGeneres, This Hour Has 22 Minutes, Just for Laughs, and more. She’ll be joined by Priyanka, Courtney Gilmour, Surer Qaly Deria, Jialu Wang, Bee Bertrand, and more.

Tickets can be purchased online for $25 or $30 at the door (depending on space, door tickets may be standing room only).

SHADE was founded in January 2017 by comedian Anasimone in response to a lack of diversity and representation within the arts. Although it focuses on women, the LGBTQ2S+ community, and artists of colour, the show is an inclusive space that is open to all.