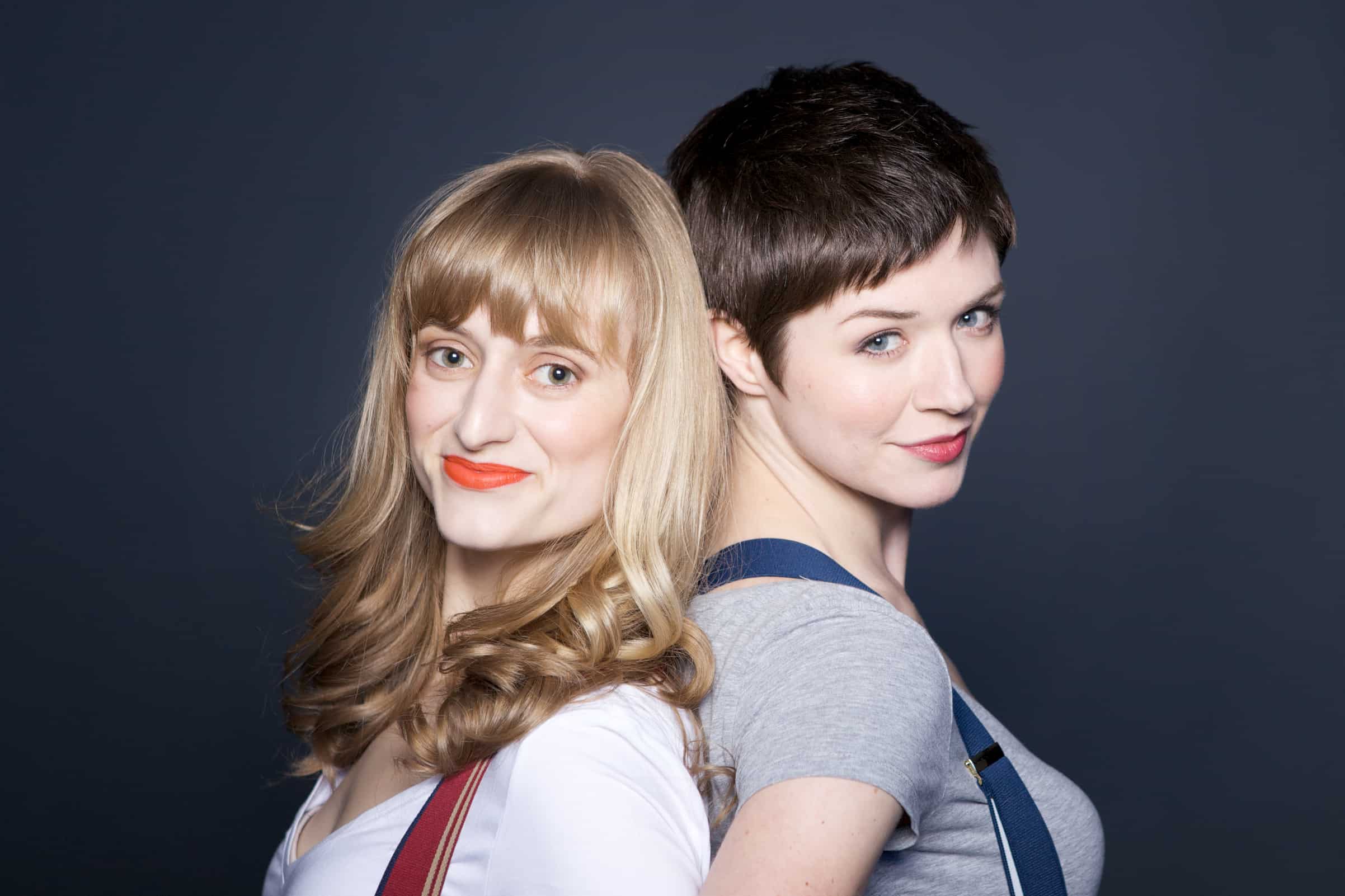 Overachieving Underdogs is a hilarious new web series by Sophia Fabiilli and Michelle Alexander. It follows the adventures of two urban, Generation Y women navigating their professional and romantic lives in Toronto.

Sophia grew up in Kingston and started doing theatre because there was a great little community theatre in the same building where she took ballet class. One of her biggest fears is “getting a paper cut on my eyeball.”

Michelle grew up on Vancouver Island, BC, and landed her first role as Becky Thatcher in a touring youth theatre production of Tom Sawyer. When she was six, she tried to read The New Testament cover-to-cover. “My family isn’t religious, but I got a copy from a friend who went to sleep-away Bible camp. I wanted to make sure I wasn’t missing anything good.”

We chatted with Sophia & Michelle about Overachieving Underdogs, and getting by in one of the most expensive cities in Canada.

SDTC: How did you arrive at the concept for the show?

The original idea for the show stemmed from a conversation that went something like this:

Michelle: Do you know what’s insane?

Sophia: That I just paid $7 for this latte.

Michelle: Exactly! Everyone we know is running around pretending like they can afford to live in this city. We’re all expecting that sometime after thirty things will just magically come together for us like it did for our parents, but the world is different now. And even though we’re all living this amazing life in Toronto and have jobs and relationships and really good coffee… none of us are satisfied!

Michelle: I know! Me too! Want to make a web series about it?

Sophia: ONLY IF IT’S A COMEDY!

From there, we got more specific and started investigating why our generation is so unsatisfied/deluded (ourselves included). We read a lot of articles, talked to a lot of friends, and drank a lot of espresso (and sometimes bourbon).

Now enlightened, we’re painfully aware that our generation was raised with inflated expectations of the world and – again, ourselves included – of our own potential. Mix that tragic flaw with a challenging job market and economy (and the fact that we curate our lives on social media to look amazing) and you have a whole generation of overachieving young people who feel like the underdogs of the universe. We wanted to make a show that simultaneously celebrates and skewers our wide-eyed idealism and chronic discontent.

Truthfully, the more we work on this series, the more self-referential the title gets. 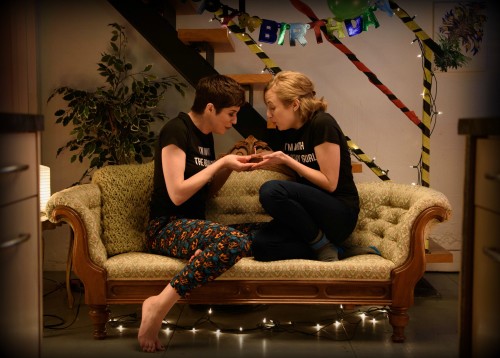 What have you learned throughout this process?

Sophia: The most surprising thing for me is just how up-in-the-air the world of web content is. A friend of mine called it “The Wild West” and it’s the perfect term. There are literally no rules or no ‘right’ way of doing anything. Part of me goes, “Ahhhh what are we supposed to dooooo?!” and part of me goes “…we could do anything!”

Michelle: Definitely the most surprising (and jaw-droppingly amazing) thing has been how much people are willing to help us. Web content has its own community and they are incredibly supportive of one another. We have been really fortunate to find phenomenal mentors, allies and cheerleaders through this process.

Why was it important for you to emphasize female friendship in the series?

We’re actually mortal enemies, so we wanted to write about something we knew nothing about as a personal challenge to ourselves. That’s a lie. We’re best friends in the real world. Even though the show is about Tess trying to land a career with a pension plan and Polly navigating the modern dating world, it really is about their friendship and how they need each other to achieve their goals. The show asks the questions: “Can you really change who you are?” and “How is attempting to make those big changes influenced or restricted by other people’s expectations of you?” For example, have you ever thought: “My friends would think I’m crazy if I ______” or, “My boyfriend would kill me if I ______” or, “I could never ______ because it’s not something I would do.” Overachieving Underdogs is about Tess and Polly going full throttle for the thing no one would ever expect they wanted. 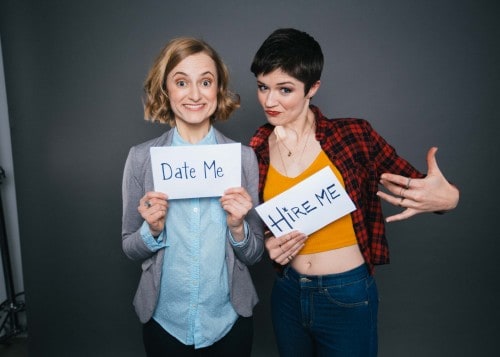 What is the funniest thing you’ve witnessed since living in TO?

Sophia: The funniest thing may also be the grossest… I work at a restaurant in Yorkville and late one night I was polishing wine glasses while trying to avoid watching a drunk middle-aged couple who were making out at the bar. My manager came up to me and said, “That guy has his hand up her skirt.” I said “Noooo” and turned around just in time to see the guy licking his fingers like the Swedish Chef on the Muppets. It was so hilarious and encapsulated how ridiculous Torontonians can be. Essentially, we’re all teenagers running about pretending to be adults, paying $18 for cocktails, and trying to get some.

Michelle: Wow. I’m sorry. I’m totally stunned by Sophia’s answer. That’s AMAZING! How have I not heard that story before?! I don’t have a story that can compete with that, but I can tell you about all the little things in this city I’m amused by on the regular, like yogi’s who fart in class and then “ommm” to cover it up; the Cat Show at the EX; girls who pop a nipple while dancing at The Drake (sans judgment, I’ve been there). In a nutshell, I love those rare moments where Torontonians are caught really being themselves, at their most ridiculous, embarrassing, and exposed. Not in a mean way, but in a “oh fuck-it, this is me” way. Which is a huge element of Overachieving Underdogs: two girls trying their damnedest to make it in this city, but who can’t help but be caught out at their most vulnerable and ridiculous.