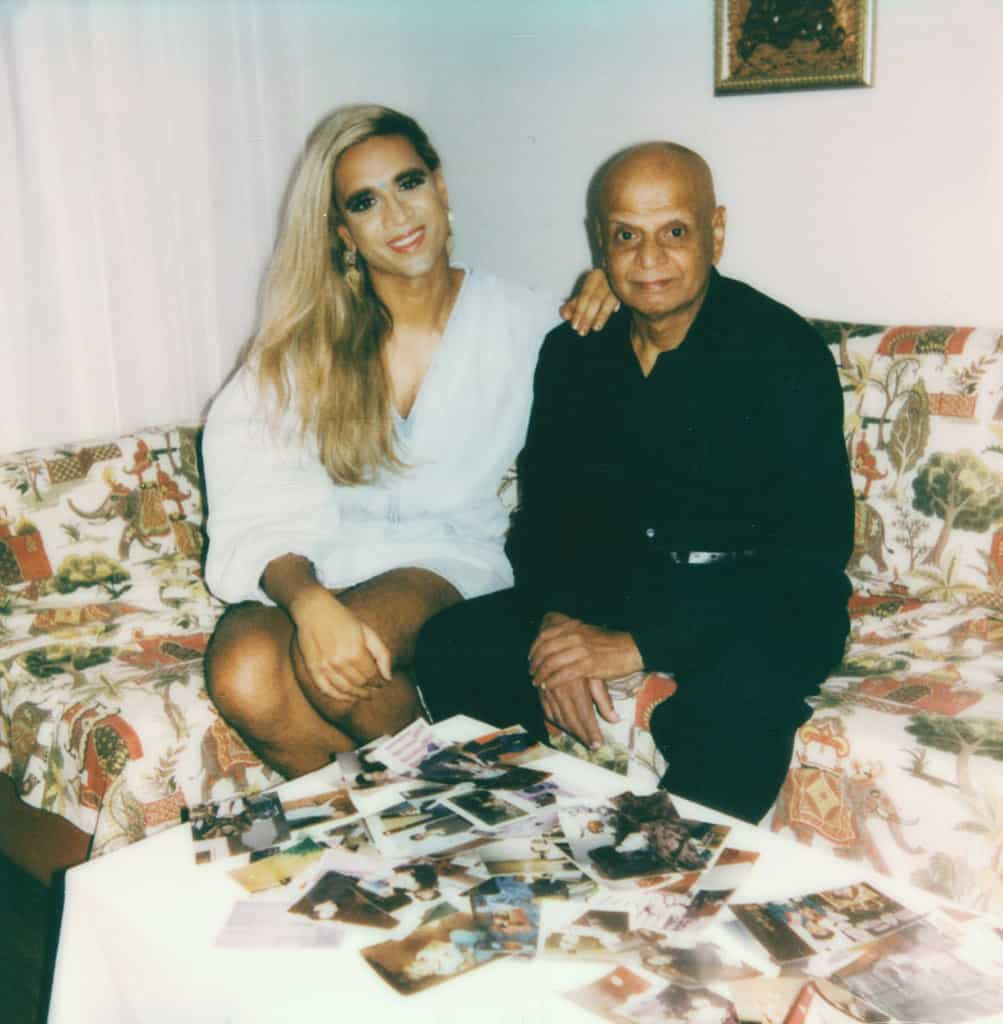 Commercials are changing. Last month I wiped tears off my face after watching an Oreo cookie ad about a young queer person being acknowledged, quietly but lovingly, by their father. In Pantene’s latest Hair Has No Gender series Canadian trans artist Vivek Shraya shares how her hair has played an important role in her identity, “Hair has just always been such a big part of how I express myself,” she says to the camera. Both commercials tell the story of acceptance through the parent-child relationship. Both ads are also about acceptance by major global brands.

Growing up, I only remember shampoo ads with white women, seen prancing around their bathroom with long and glimmering locks. There was no depth to the message. Diversifying the models in commercials is a long overdue change, and it’s heartening to see that the Hair Has No Gender campaign has not been simply slapped together, but is extremely thoughtfully produced. Vivek’s story is touching, beautiful, and unlike commercials in the past, has depth. It feels less like a commercial, and more like a short film.

Kristin Rankin is the owner of Toronto’s Fox and Jane salon and the founder of Dresscode Project: a non-profit organization with a mission to educate and empower hair stylists and barbers to give people haircuts that help them look the way they feel. “We envision a world where every hair salon and barbershop is a gender affirming, safer-space for LGBTQ2S+ clients,” says Kristin, who has helped Pantene become a more inclusive brand.

“They were not the first company to reach out, but they were the first ones coming to us with a really authentic ask. That was ‘Could you help us make sure that everything we are doing is not only inclusive but authentic?'” explains Kristin.

Not only did Pantene tap Kristin for advice, they also flew them all the way to Switzerland to chat with executives about what they’ve learned through their work with the Dresscode Project, which has grown exponentially since its launch three and a half years ago.

The initiative started after Kristin gave a cut to a transgender client who later tweeted that it was the first time she had felt like a woman. “After reading her tweet, I felt good. But then realized that for the past five years of being out, she either didn’t feel comfortable going to a salon, or hadn’t had a good experience at a salon,” says Kristin, who then began to examine their industry more closely. “As a queer person myself, it made me feel like my community, that I love belonging to, and the industry I work in weren’t meshing.”

So Kristin began to figure out how to make salons more inclusive so that everyone walking in felt welcome and at ease. It quickly became apparent that small changes had a big impact. “Price menus, for the most part, are incredibly exclusive. They offer a men’s and women’s cut, traditionally. You can’t really see yourself in that if you identify outside of that binary,” says Kristin.

A website was created so that people could easily find a salon close to them where they wouldn’t have to worry about being misgendered or worry about washrooms with traditional male/female icons on the door. Salons who wanted to join the Dresscode Project movement added their information, and the movement began to take off.

“I don’t think hair stylists by nature are discriminatory, I think they just didn’t know, and we weren’t taught this way,” says Rankin. “For whatever reason our industry was set up to have men and women’s haircuts, probably because of how things were way back then, when things were completely gendered and segregated, in that sense.”

Now, the Dresscode Project has 400 ally salons globally. “We have people signing up every day. It has become a really important movement,” Rankin says, with excitement, “And a movement that, when you talk to people about it, they are like, ‘Oh yeah, that makes perfect sense!’”

Representation in ad campaigns is similarly an easy change with profound effects. “Working with a company that is as gigantic as Pantene is, and they are coming to you and saying ‘we need your help’ it was a super authentic way of hearing from a company,” says Rankin, who knew that Vivek Shraya would be the perfect person to connect with. “Vivek is an incredible artist, I am fortunate to work with someone like Vivek, she is awesome and so giving. When we look for folx to work with, we look for authenticity and obviously Vivek is that person.”

Anyone who watches the commercial will be moved, and it’s one of many in the Hair Has No Gender series. Find out more about the Dresscode Project here.