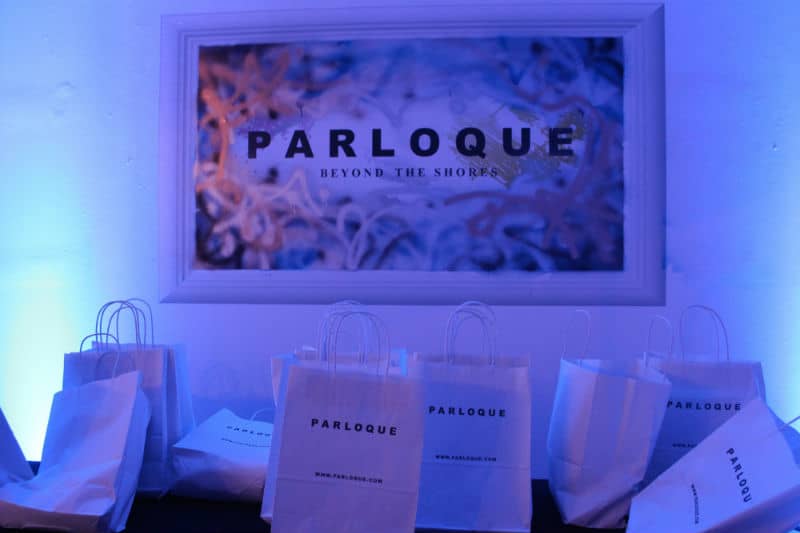 As of May 15th, f 1093 Queen Street West became home to previously unreachable international collections. In the eyes of a Torontonian who could only adore designs by UNIF, S=YZ and KYE (coming in the fall) on Tumblr, Parloque is the magical kingdom of internationally famous street style designs. Amrita Gill plays the role of the fairy godmother. Dressed appropriately in an iridescent AGAIN dress, she fluttered from guest to guest on the night of her store’s long awaited launch party. 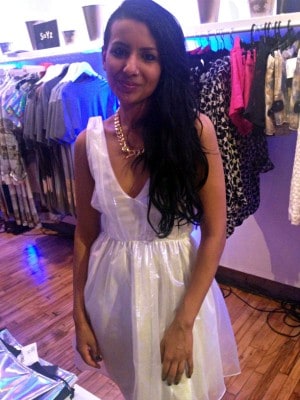 That night racks of clothing from labels such as WHITNEY EVE (the designs of The Hills cast member Whitney Port) and alice McCALL glowed in celebratory blue lights. Mid-party, Jillian Vieira, a Flare Magazine editor, shared three of her many personal picks from the store. The rest of the night consisted of well-dressed (to the point of intimidation) attendees browsing the collections and taking hilarious poses in front of the Flare magazine cardboard standup. Parloque’s slogan, “Beyond the Shores,” can be seen proudly suspended on their wall. It is a promise to cater to Toronto’s love of international design and to publish an e-commerce site—at the end of this month—that will allow them to cater beyond the Queen Street West domain. 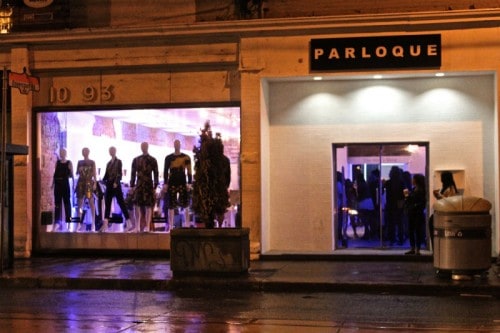