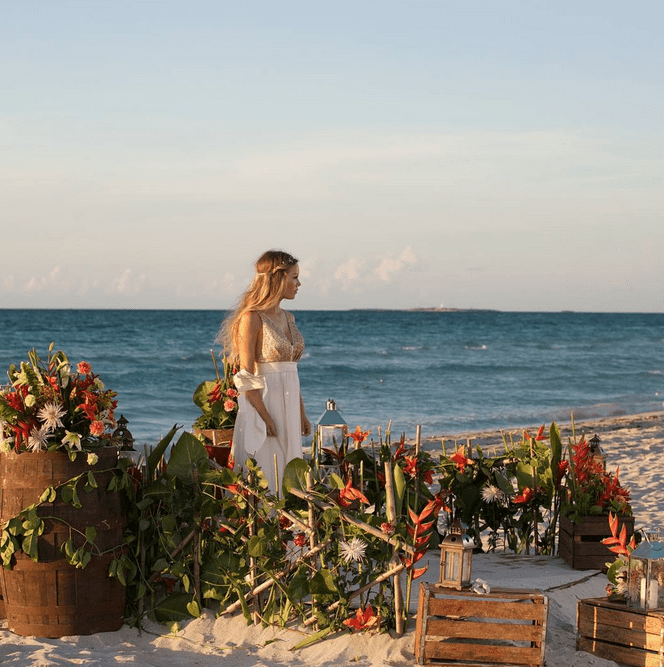 This week was the finale of The Bachelorette Canada. Today, I am equal parts baffled and bereft.

I want to believe the world makes sense. I want to believe there is logic in the universe. I want to believe in high-minded ideals, like love and justice. But two weeks ago, Hillary Clinton lost the presidency to Donald Trump, and this week, Jasmine picked Kevin over the sweet, supportive and unassuming Mikhel. Of course, I’m not claiming equivalency between these two events, but both were decidedly unexpected to me.

We all know Mikhel as the ripped dreamboat who reads Indian mythology in his spare time and rode Jasmine around his hometown on the back of a motorcycle. Kevin is the guy whose mother derided Jasmine as a “chatterbox.” Kevin’s mom then proceeded to inform Jasmine that her goals and struggles would always come second to her son’s, because his job involves saving lives.

Not only did Kevin’s mother come off as deeply disapproving of Jasmine, but Kevin also himself displayed a deeply disturbing toxic masculinity in the third to last episode. You see, Kevin became possessive as it dawned on him our girl Jasmine was escorting both him and his remaining rival Mikhel to The Fantasy Suite for implied off-camera sex.

Apparently Kevin took issue with the show’s basic concept, which is that the titular Bachelorette simultaneously dates multiple men in an attempt to find the one. Presumably, Kevin knew this when he consented to do the series in the first place. It’s not exactly a secret. In light of this, his feelings of entitlement over Jasmine’s sexuality were troubling to me as a viewer. So upset was Kevin about the idea of Jasmine being touched by another man, he actually walked out at one point. For some reason, Jasmine then gave Kevin yet another chance. She was far more forgiving than I would have been under those circumstances…

Returning to the finale episode, the series came to its climactic conclusion in true, over-the top Bachelorette fashion. Both men in The Final Two picked out engagement rings before being whisked off to the private Cuban beach where Jasmine was set to dump one, and become engaged to the other. As I watched from my comfortable couch, my tweet deck open and active, I felt smug and serene. Mikhel was my frontrunner from the start. I personally could not fathom Jasmine feeling otherwise. And then, suddenly, up was down, right was wrong, and I knew nothing!

Now, I understand that despite the fact Hillary Clinton won the popular vote in the American election, Donald Trump ended up being declared president, because of that electoral college thing. I may hate it, but I can tell you how that outcome happened. When it comes to Jasmine choosing Kevin, however, I am confounded.

As our leading lady broke up with Mikhel on a windswept beach, she started out by telling him how handsome he looked. Of course, I have come to love Jasmine over the course of the season. I admire her spunk and candor. In fact, I would follow her off a cliff, but telling a dude you think he’s hot right before dumping him is, to use the technical term, super mean. Things got even more cringe-worthy, as Mikhel launched into a proposal, explaining how much he loved Jasmine, and how he envisioned a future with her. Eventually, she interrupted and let him down. After an uncomfortably long period of time, Jasmine put Mikhel out of his misery and explained that, while she was falling in love with Mikhel, she had a stronger relationship with someone else (i.e., Kevin).

After the big rejection, Mikhel proceeded to drive off in a black limousine. With tears in his eyes, he mused about what more he could have done, how he could have been a better man. I desperately wanted to reach through the TV and give him a hug. Mikhel, you’re perfect. Don’t change anything! You’ll find the right person someday!

Finally, Kevin showed up and offered Jasmine the least verbose, swiftest proposal of all time. Okay, I get that some people are averse to cheesy displays of affection, but at the point at which you’re already proposing to someone on national television, you might as well go all the way. A grand speech of some sort is probably in order.

After the proposal was complete, Jasmine and Kevin were reunited in front of a studio audience. At this juncture, Jasmine confessed she didn’t care for Kevin’s haircut. Given that Jasmine is a professional hairdresser, this doesn’t sound like an auspicious start to me. Having said this, I do want to believe in love. I genuinely wish Jasmine the best with Kevin, even if I personally do not understand the logic behind choosing him.

In the end, the inaugural season of The Bachelorette Canada was a topical journey that sparked musings on everything from how much tongue to use while kissing, to the sexual possessiveness that often accompanies toxic masculinity. For me, it was the pinnacle of reality TV. It was as pleasurable as it was problematic, as romantic as it was occasionally ridiculous, as hilarious as it was sometimes heartbreaking. You guys, I am going to miss it so much!