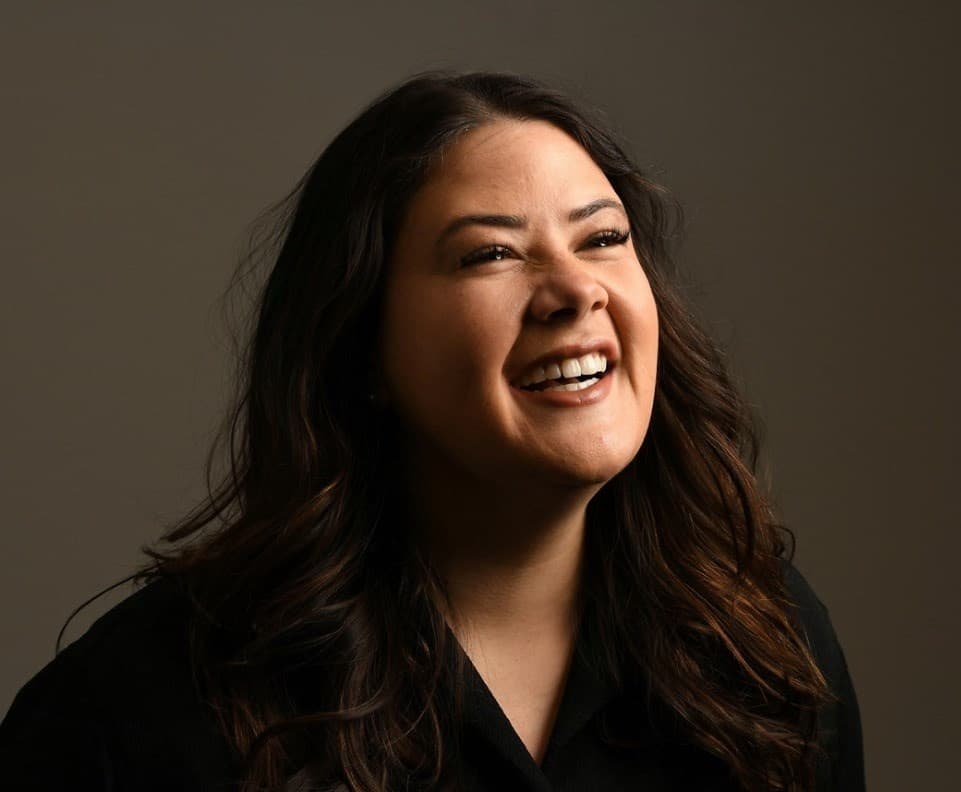 “I know that the next generation is going to keep moving forward. Our artists, people are speaking our language, little two and three year olds are drumming….that’s what gives me inspiration.”
Life Stories  Recovery

Regional Chief Kluane Adamek on the Relationship Between Residential Schools, MMIWG2S, and the Climate Crisis

“An unrecognized Apple iPhone just logged in near Whitehouse, Yukon,” reads an alert on my phone. I smile knowing that Regional Chief Kluane Adamek, who belongs to the Dakl’aweidi (Killerwhale) Clan and comes from a diverse background with Tlingit, Southern Tutchone, German and Irish origins, is about to show Shedoesthecity’s 26K Instagram followers, mostly women living in downtown Toronto, what a day in the North looks like for the youngest female Regional Chief on the Assembly of First Nations.

It’s been a week since I spoke to Kluane on the phone, and two weeks since the remains of 215 Indigenous children were found in a mass, unmarked grave in Kamloops.

For Kluane, the horrific event hit very close to home: her grandma went to residential school, and her father attended Yukon Hall. “She told me her story,” says Kluane, referring to the abuse. “My grandma wasn’t raised by parents. She was raised by nuns and priests. This impacted her so deeply. Being raised primarily by nuns and priests, and not being raised in a home with her parents. These impacts rippled to my Dad and aunts and uncles. These are hard conversations about the impacts residential school has on my Grandmother and Dad, and myself and my family.  I think some people have a hard time understanding intergenerational impact,” she tells me, with a mix of sadness and frustration in her voice. “When I was young, I didn’t grow up with my Dad. The impacts of these schools on my Grandmother, Dad and my family, is linked to why I grew up with my Mom. It was when I was 14, I reconnected with my Dad. We have built a powerful relationship, and we now can end our calls saying ‘I love you.’ Children were not taught or shown love in residential schools. We are breaking that cycle”.

Like so many communities across Canada, Whitehouse has a memorial, and hundreds came out to mourn the tragedy and honour the children. Small shoes were laid at the foot of the Catholic church, but have since been removed, “They were really triggering”, explains Kluane.

I hadn’t intended to talk to Kluane about her family’s history with residential schools. We were originally going to focus on her Our Voices initiative, a collective of Northern Indigenous emerging leaders, and what it’s like to be the youngest serving Regional Chief. But what happened in Kamloops is related to everything that Kluane does day to day. She currently holds the Assembly of First Nation’s National Portfolios for Climate Change and the Environment, Youth and Modern Treaties; her work is rooted in fighting the effects of colonization, the effects of a government that does not prioritize the wellbeing of Indigenous Peoples…the effects of genocide.

“There’s still a whole lot of racism out there, and people who just don’t get it, and don’t want to get it,” says Kluane, who connects the dots between the racist remarks directed at Ethan Bear, the death of Joyce Echaquan, In back to the 215 bodies of dead children at Kamloops Indian Residential School. “We give our attention when other people go missing in communities with a red alarm on your phone… Why don’t we do the same thing for Indigenous women? That’s still so hard and heavy.”

All of these interconnected events and issues weigh heavily on Kluane, but she feels hopeful that Canadians are finally getting it. “I feel like this country is beginning to see like “I had no idea. This is so awful and I had no idea!’ and even if people took so long to get it, they are getting it now.”

But knowing is not enough, and she reminds settlers (myself included) that it doesn’t matter who did it and when it happened, it matters that it happened. “We need to move beyond the ‘I didn’t do that’ and ‘I’m not responsible.’ That isn’t helpful! What we need to get to is ‘What do I need to better understand so I can better contribute to making sure that this is dealt with as best as it can be, and that it never happens again.'” For Kluane, a starting place is land acknowledgment.

“We all think of Canada like ‘well 300 years ago this great nation was created’ and I’m like ‘WOAH, we are talking 10,000 years, or more, of history here! Of governing, of language, of ways of teaching children! For me it’s always about whose territory are you on, and what happened there.” Kluane encourages all Canadians to find out where the nearest residential school was located, in relation to where they grew up, or live now. To find out if there are memorials, and to consider the magnitude of the harm that has been inflicted. To consider the relationship between residential schools and the fact that 52% of the children in Canada’s foster care system are Indigenous. To think about the connections between residential schools and the fact that dozens of First Nation communities still do not have access to clean drinking water. To examine the relationship between residential schools, and oil extraction, and melting glaciers. On first glance, they may not seem related, but everything is.

“Climate change isn’t just about temperature and weather, it’s about entire shifts of ecosystems and the way that people are living. In the North, we feel it. We feel it all the time.” What happens in Whitehorse is directly related to that which happens in the financial towers on Bay Street.

Kluane understands these relationships, which is why her role as Regional Chief encompasses far more than could ever be outlined in the responsibilities she’s tasked with. But Kluane has always felt a strong desire to contribute what she can to support her community, and Indigenous women as a whole.

“For me, it’s always been about contribution,” says Kluane, who has always felt a pull to use her voice, even when she wasn’t really sure what, exactly, her voice was. “I struggled with mixed ancestry, often asking myself ‘’Am I Indigenous or not Indigenous?’ It took me a long time to figure out.” But her grandmother, who survived residential school and passed away this past year, always saw Kluane’s mixed race as a gift. “‘We need you to be able to talk to them. We need you to be able to tell them what we want, and what we need’ she would say, over and over”, explains Kluane. By “them” she meant non-Indigenous people.

It hasn’t been an easy journey for Kluane, but she knows it is her path, and finds hope and inspiration from many. “I know that the next generation is going to keep moving forward. Our artists, people are speaking our language, little two and three year olds are drumming….that’s what gives me the inspiration.”

We have absolute respect for the hard work that she does, and we’re curious to see where she takes us today. Before she sets out for her morning coffee, Kluane has already shared that the name Yukon comes from the Gwich’in people, meaning ‘great river’, another important reminder that Indigenous peoples have always been here.

“I know that the next generation is going to keep moving forward. Our artists, people are speaking our language, little two and three year olds are drumming….that’s what gives me inspiration.”