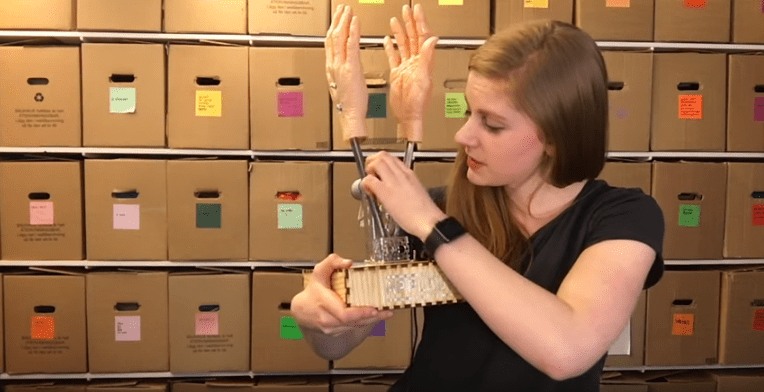 Nerdist has dubbed Simone Giertz “the queen of gloriously crappy machines.” The Swedish-born inventor has single-handedly created machines that will chop anything, apply lipstick, pour breakfast cereal, and slap your face awake in the morning. Her spectacular Toothbrush Machine (a godsend for the supremely lazy among us) will appear at digiPlaySpace (“The Playground of the Future”) next week. We chatted with Simone about overrated inventions and women in tech.

SDTC: How did you first discover your love of robotics?

SG: I’ve always had a love of robotics, but it took me some time to realize I could actually learn how to build robots myself. It was, sadly enough, only when I saw another woman do it that I had that “Hey, I can do that too!” epiphany.

You gave us The Chopping Machine, The Toothbrush Machine, and an alarm clock that slaps you in the face to wake you up. What lies in store for 2016?

Popcorn. Massive amounts of duct tape. Not losing any limbs.

What is the greatest invention ever, in your opinion?

The Internet. It’s just like this oozing lump of human thought and creativity. 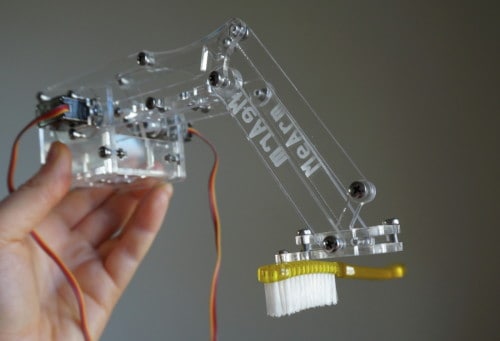 What is the most overrated invention ever, in your opinion?

Autocorrect. Underwear that crawls up your butt.

What would you be if you weren’t an inventor?

Sad and unfulfilled. Nah, I think I’d be running a startup or writing manuscripts for some mid-level Swedish sitcom.

Any advice for other young women that are just starting out in your field?

You can say a lot about what it’s like being a woman in tech but there are definitely good parts too. I’ve chosen to view it as an advantage and I’m using it as much as I can. Women don’t get paid as much? Then make sure to ask for more than you’re comfortable with. Women don’t get as much exposure as men do? Then go out and give talks, post stuff on the Internet, sit on panels and hold on to that microphone as if it were a whipped cream sundae. Be pushy. Find a good female role model that does what you want to do. And build fun stuff; it’s the best way to learn both programming and hardware in my opinion.

Catch Simone & The Toothbrush Machine at digiPlaySpace in the TIFF Bell Lightbox from March 5 to April 24.

Simone Giertz is a Stockholm-born inventor. Dubbed “Queen of Shitty Robots” by the Internet, she runs a YouTube channel about robotics and DIY electronics, featuring videos that have been viewed over 100 million times and have been profiled by TIME Magazine and VICE.