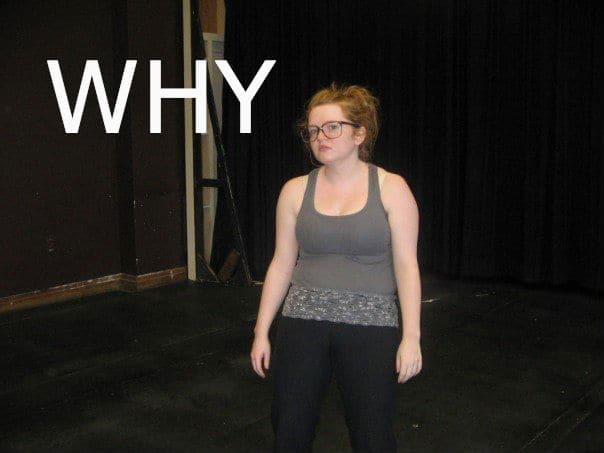 "Arms and legs contribute a whole bunch of weight to the equation that need not be included in your BMI calculations."

So you decided to weigh yourself: a post-scale recovery guide

I weighed myself on Monday.

As a rule of thumb over the past three years I have avoided weighing myself entirely. The weight scale is not your friend. I repeat: it is not your friend. Even when you’re “winning” you know that it’s simply a matter of time before the numbers begin to creep upward and all your focus turns once again to which of life’s simple pleasures you must eliminate in order to appease the scale’s indiscriminate harshness.

Bearing this in mind and then ignoring it entirely, I allowed my curiosity to get the better of me this week when I happened upon a scale in the change room of a yoga studio. As I looked down, I knew no number of downward dogs following this revelation would be enough to get me back to zen. I have spent every day since that day thinking about the number I saw, oscillating between berating myself and rationalizing the figure away. Every woman has her own private ritual of post-scale de-stressing techniques. These are mine. It may or may not be very bad advice.

You Just Need To Take A Poo
Poos are deceiving. Sometimes you’re full of shit and aren’t even aware of it (metaphorically and physically, though more often the former than the latter). The average dump can shave anywhere from 3-5 lbs off your weight. A gigantic cup of black coffee and six cigarettes right before you weigh yourself is the ideal natural laxative to help you achieve your weight loss (and health) related goals.

Ignore your extremities
Arms and legs contribute a whole bunch of weight to the equation that need not be included in your BMI calculations. You HAVE to have arms and legs, so their mass is meaningless. Same goes for your head and breasts. Weigh each extremity individually and do not include that number in the final outcome. Simple math.

Water is NOT your friend
Water retention is a legitimate condition (I use the word “condition” accurately and seriously) that affects 5 out of every 5 women who drink water. If you see an undesirable number on the other end of that little arrow below your tootsies, know that it’s most likely due to water. We’re 75% comprised of it, after all. Simply subtract 75% of whatever number you get, and that’s your true weight. Duh.

Stress. It’s Just Stress.
When you’re carrying the weight of stress on your shoulders, that responsibility will show up on the scale. If you’re particularly stressed out, don’t even think about stepping on a scale—nothing about that action will ease your worried mind. Instead, flake out with a burrito and fuggedaboudit.

The Scale Is Broken
98% of the time I guarantee you the scale is just broken. It’s broken, I tells ya!

Basically, after you’ve subtracted water retention, extremity mass, and taken the weight of the world off your shoulders, sit back and relax because A WEIGHT SCALE IS AN ABOMINATION DESIGNED TO CONTROL YOU BY MAKING YOU FEEL LIKE SHIT ABOUT YOURSELF. Sorry for shouting (I shout because I love you).