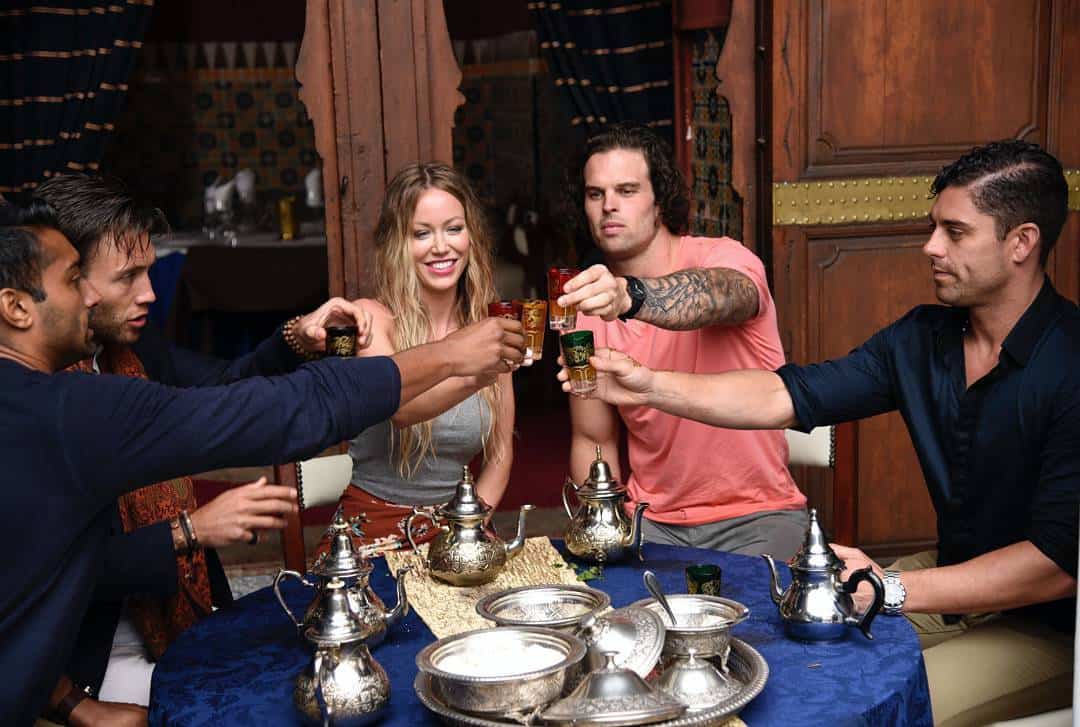 This week, The Bachelorette Canada took us to Morocco, which means this show has much higher production values than I previously thought.

While she was initially worried their connection did not go beyond the physical, Benoit managed to assuage Jasmine’s fears by claiming he would like to cook and drink wine with her at some point. Then he went right back to sticking his tongue down her throat.

Next came the dreaded “two-on-one” date. This is the day no one wants. It happens once a season, and it is The Bachelorette’s version of The Red Wedding on Game of Thrones. Why is it so terrifying? Because only one of the two suitors gets the date rose, and the other immediately gets the boot. To keep things interesting, producers clearly interfered to force Jasmine to take Mike, winner of The First Impression Rose. The other guy was Thomas, AKA IRL Zoolander. It was obvious who was going home.

Predictably, Jasmine gave the rose to Mike, because she felt his regimented lifestyle would be grounding for should they end up together. Yes, Jasmine actually used the word “regimented.” Maybe it means something more romantic to her than it does to me? Do I just not get the meaning of the word regimented?

Beyond the various dates, a major theme on this week’s show was whether Drew is on The Bachelorette for “the right reasons.” He boasted to the other men that his new-found fame will help his business after the show airs, and he even floated the idea of becoming a D-list Canadian actor. Drew’s acting aspirations are particularly bizarre, as he isn’t even capable of acting like he wants to end up with Jasmine.

Drew, however, was not the most problematic character on the show this week. That honour goes to Kevin W., who was offended that Jasmine gave the group date rose to Mikhel over him. His jealousy and level of entitlement were disgusting and baffling. Dude, you are on a show where the basic concept is that a hot girl dates 20 other hot dudes. You know the drill. This is literally what you signed up for! Kevin’s hypocrisy is even worse than Drew just being there for his career, in my opinion. Kevin is now solidly in the Toxic Masculinity Club. Why oh why must its membership keep expanding?

In the end, for some reason, Kevin W. survived this week’s Rose Ceremony, Drew, however, got eliminated. Having said that, Drew did go down in a blaze of glory, telling producers he’d like to be the next bachelor. Then he declared he could basically pick up any girl at any bar in Toronto. I find this unlikely, but it made for a compelling epilogue nonetheless.

Ultimately, I really wish this season were not becoming a meditation on the many diverse forms of toxic masculinity, but sadly, it is. If my favourites Mikhel and Mike turn to be total jerks next week, I’ll lose all faith in humanity. Dear Bachelorette, Canada, please do not give me any further cause for cynicism. Let me believe in love again!