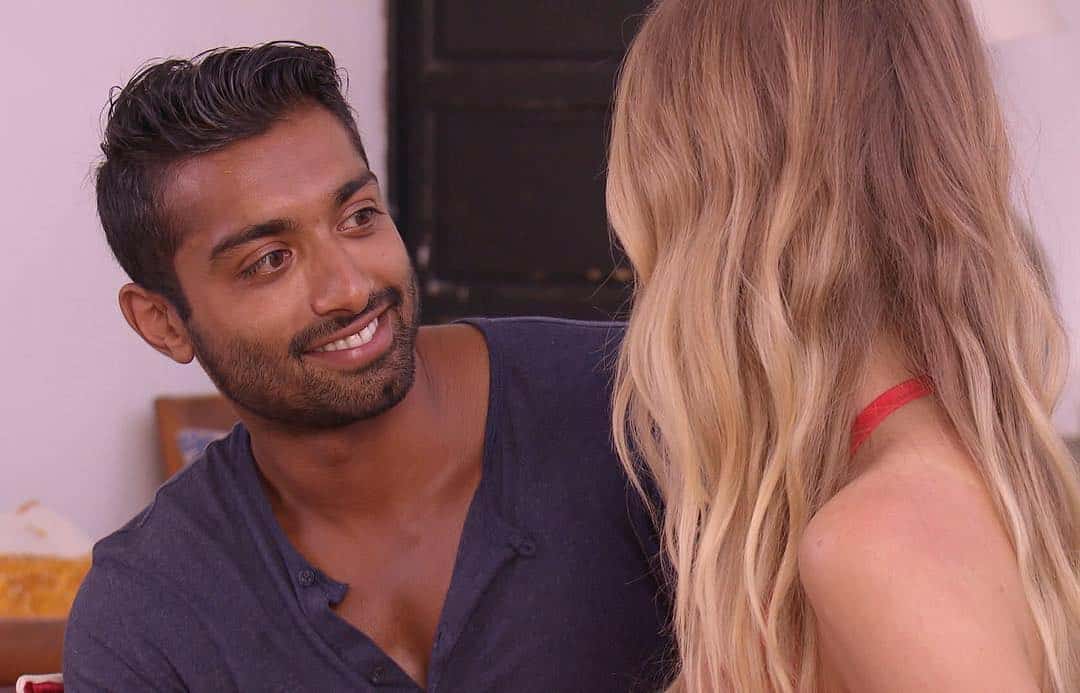 You guys, this week was my favourite episode so far! It was the last week before hometown dates, and the stakes are getting real. Our girl Jasmine is feeling the pressure to pick wisely, but you would never know it to look at her. How does her hair always look perfect, even while she’s working with livestock? Jasmine, help a girl out and let me know which styling products you use!

This week’s one-on-one dates went to the Kevins. Yes, both the Alpha male Kevin W and soulful Kevin P received alone dates with our girl, and the results were surprising. Rebounding from his entitled and bratty performance last week, Kevin W managed to make his way back into Jasmine’s heart on a Berber-themed date in the Moroccan desert. Their outing involved making bread from scratch (yum), and milking some cows. Let’s just say that after seeing Kevin W. fumble around with a cow’s utters, I’m unsure about how well he’d do with a human woman’s breasts. I’m wondering if this is a bad sign where the “fantasy suite” is concerned, if you know what I mean.

Jasmine used her quality time with Kevin W as an opportunity to assess his seriousness about settling down. Kevin W very modestly reassured Jasmine that, though he is a super hot fireman who has been on over 100 first dates over the past couple of years, he is not a player. I buy it – a hundred first dates sounds pretty tame for a Torontonian with a Tinder account.

Kevin declared that what he really wants to do is not to continue dating hundreds of women, but to follow the example of his brother, staying at home, all cuddled up with a significant other. Jasmine was suitably charmed, and Kevin survived another week.

Jasmine’s one-on-one date with Kevin P (Scarves Kevin, as I refer to him, because he wears a lot of scarves) was decidedly less successful. The pair went mountain climbing, which was presented as a super (not) subtle metaphor for overcoming relationship obstacles. They managed to conquer the peak, but their romance proved more of a valley.

Even after Kevin P shared his secret pain with Jasmine (he is estranged from his mother), she sent him home. Despite his conviction that he could take care of Jasmine, our leading lady believed Kevin P was too similar to her exes, and to choose him would be to repeat a destructive pattern.

So Jasmine let Scarves Kevin go. He was, however, gracious in defeat, totally accepting her decision. He soulfully admitted he wanted a life of “passion,” not the conventional one Jasmine craves. His attitude was actually pretty hot. Jasmine left him on a rock, rejecting the guy before the episode’s Rose Ceremony. Still, Scarves Kevin managed to look dignified the entire time.

Next came a group date, which, because the Goddess is kind, involved a pool and much male toplessness. Mike could literally star in a remake of Magic Mike, because he has both the right name and the eight-pack for the part. Yes, the show panders to The Female Gaze, and I am so here for that.

Sadly for Mike, Jasmine remains unconvinced of their long-term potential, as she still really hates his hometown of Winnipeg. I guess she’s not a Jets fan?

In the end, Benoit was the one who got the boot at The Rose Ceremony. Like Kevin P of the Scarves, he too was gracious. In fact, compared to Drew and Chris’ displays of masculinities in previous episodes, this week’s dumpees were a breath of fresh air. They were neither hostile nor broken by the rejection, but accepted Jasmine’s decision and wished her the best.

Ultimately, Episode 7 of The Bachelorette Canada basically renewed my faith in the institution of dating. It convinced me there are a lot of good men out there who’ll let a woman be the author of her own story.