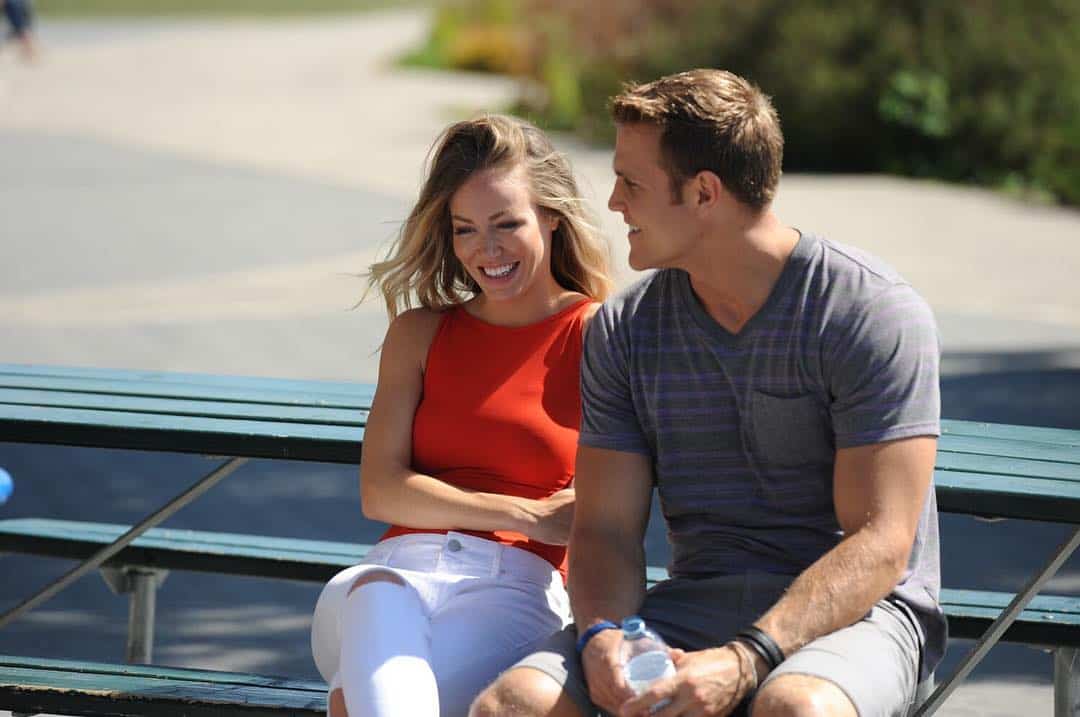 This week’s episode of Bachelorette Canada saw Jasmine go on hometown dates with her remaining three suitors, and wow, did things blow up in a very watchable way. It was like a reality TV apocalypse!

The fascinating thing about Bachelorette Canada and its American cousin is the asymmetry of emotion the show cultivates. While each contestant is expected to declare his love for Jasmine and is judged in part based on how committed he is to her, she is unable to reciprocate. The show’s structure requires that Jasmine’s loyalties remain divided until The Final Rose is bestowed; therefore, hometown dates inevitably create drama, as the families of each fella fear he may get his heart broken and fed to the fishes.

Jasmine’s first hometown date was to visit Mikhel in Newmarket, Ontario. I have never hidden the fact that Mikhel is my favourite. While I would totally choose him were I in our bachelorette’s shoes, I selfishly hope Jasmine doesn’t so I can cling to the fantasy of him being the father of my future children.

Mikhel greeted Jasmine in Newmarket on his black motorcycle. Now, usually I hate motorcycles. For me, they often smack of over-the-top machismo, but Mikhel made it look hot. I found it especially touching when he told Jasmine she was the first girl he’d ever allowed “on the back of his bike.” Their chemistry made me wish they could skip the meet up with his family and head straight for The Fantasy Suite.

For her first family “meet and greet,” Jasmine changed into a tasteful printed dress that should probably be the uniform of all women everywhere when they meet their partners’ relatives. Mikhel’s family was warm and welcoming but realistic about the fact that things may not work out between Jasmine and their son. Mikhel’s father reminded him that, “You could be number three.” While Papa Mikhel was a bit of a downer for a Mikhel superfan like me, he wasn’t wrong. Mikhel claimed to understand his vulnerable position. But it didn’t mean he was falling for Jasmine any less.

Next came Jasmine’s hometown date with Mike in Winnipeg. The date involved open alcohol in a park, which, if that’s legal in that part of the world, totally makes me want to move there. Can someone please let me know if you are actually allowed to drink wine openly in Winnipeg green spaces, or if the show’s producers just blatantly flouted the law?

Mike’s family seemed to like Jasmine very much, and his best friend bears a striking resemblance to Weird Al Yankovic. All could have been perfect; however, when pressed about his feelings, Mike refused to declare his love for Jasmine. Instead he gave the classic cop out: “I could fall in love with you.” Yeah, been there, heard that. It’s never a good thing.

Finally, it came time to visit Kevin’s hometown, Waterloo. At this point, all hell broke loose when Kevin’s mom declared total war on Jasmine. Kevin’s mom referred to Jasmine as “a chatterbox,” cautioning her that she apparently speaks too much. According to her, were Jasmine to marry Kevin, it would be incumbent upon Jasmine to suppress all her own needs and opinions in order to support Kevin in his career as a firefighter.

Jasmine’s tense conversation with a potential in-law who chided her for vocalizing her own opinions was uncomfortable to watch. The process of seeing a parent tell a woman she must forget all her own needs to be a good partner to her son was probably triggering for many viewers. I know it was for me. It’s 2016, so can we please get to the point where no parent expects their son’s wife to give up her entire life for him already?

Having said this, the unpleasant hometown date did not mark Kevin’s exit from the show. The one to get the boot this week was actually Mike, who won Jasmine’s First Impression Rose. For me, the elimination played as a surprise, because while he refused to verbalize his love for Jasmine in Winnipeg, Mike did find her before The Rose Ceremony to make the true extent of his feelings known. At the time, Jasmine seemed to be into it, and the pair cuddled affectionately following his declaration. I guess even “The L-Word” wasn’t enough to overcome Jasmine’s distinct dislike for Winnipeg. Maybe the open alcohol wasn’t as much of a draw for her as it was for me?

So, hometown dates are now done for the season, and you know what that means, fantasy suites! How exciting is that? In case you aren’t familiar with the concept, The Fantasy Suite episode is like Christmas, but if the only presents were implied off-camera sex. On the show’s next installment, Jasmine will take her final two, Kevin and Mikhel, on bedroom dates. While sex isn’t mandatory, it usually ensues on the American version of the show, making for some titillating viewing.

Here’s hoping for a juicy episode next time!