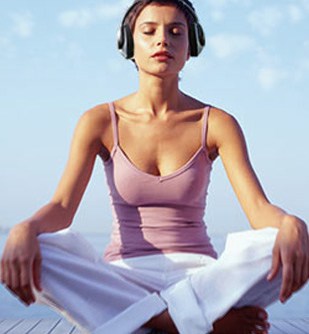 The Simple Trick To Get Over Your Self Doubt

I feel pretty lucky to have such a phenomenal group of female friends – some going all the way back to the wee years, and others being newer relationships formed in university and nutrition school.

One thing that is interesting, is that whenever I have confided in a friend that I have doubt about something, primarily in the ‘self-doubt’ department, I am always surprised to hear that they do too! In fact, women (and I am sort of generalizing), but we tend to be a very self critical bunch.

Have you ever thought about the fact that there’s a reason the book ‘Lean In’ is a best seller? Because it talks openly about the self doubt that so so many women face! Now, I don’t want to say it’s just women, but in general, it tends to be worse for women.

I was recently mentioning some self doubt that I had, and the response I received was so simple and so impactful that I want to share with you:

Stop thinking so short term and look at the big picture. Look at how far you’ve come.

It’s incredibly easy to look at how things have been going just today, yesterday or this week, especially when you’re not having the best week. But, if you stop and look at the last 52 weeks, this week is more of a blip than anything.

Here’s an example: Let’s say you are training for a 1/2 marathon for the first time, and you had your first training run that was 14km, and you just couldn’t get through it without a few walking breaks. Perhaps this is frustrating. However, if you take a step back and look at how far you could run this time last year. Chances are you were doing maybe 5km? All of a sudden, struggling the first time with a 14km run is no biggie, because you are leaps and bounds ahead of where you were a year ago.

The same could be said about your health. Let’s say over the last couple of years you’ve started to incorporate new ideas into your health routine – perhaps some yoga, or you are eating more whole, unprocessed foods. Let’s say you ‘fall off the bandwagon’ one week. You don’t meal prep and you end up eating out more than you’d like. Chances are your ‘falling off the bandwagon’ was still significantly better than when you weren’t paying attention to your food at all, right? Rather than beat yourself up, look at the bigger picture. You at least KNOW that you’ve made some mistakes, and you KNOW how to get back on the bandwagon and what little changes you need to make. So you’re actually still better off than you were before.

Anyway, these might be different to what your situations are, but I think that the principles holds. Look at where you were a year ago, and chances are you’ll realize just how far you’ve come.