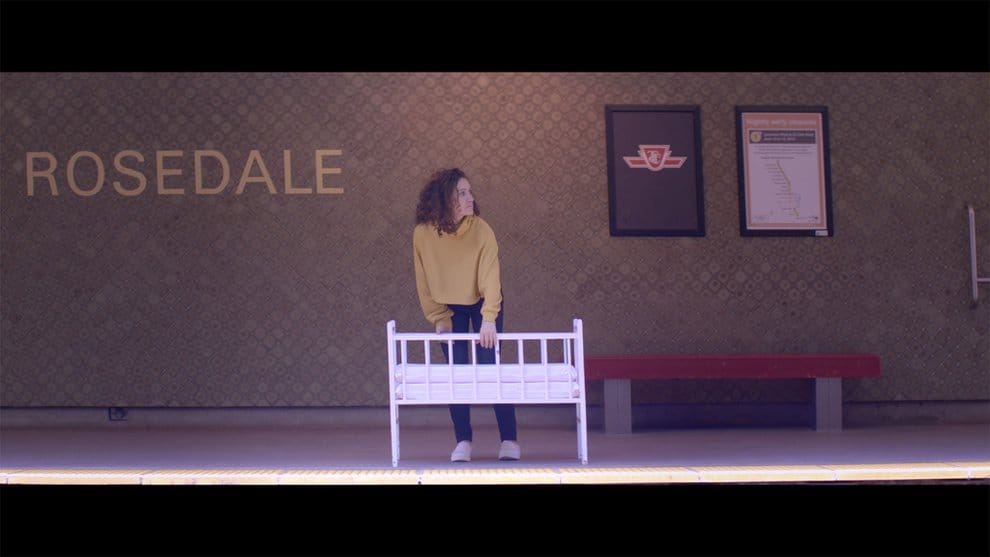 International award-winning filmmaker Tiffany Hsiung (The Apology) has created a new short film as part of the 5@50 project, which marks the 50th year since homosexuality was decriminalized in Canada.

In The Bassinet, we watch a chain reaction of emotions set off by a vintage bassinet that appears at Hsiung’s home. The Bassinet is a gentle and affecting story about Tiffany’s personal struggle with the intersection of her sexual orientation and cultural identity, and the cross-generational burden of having a baby in the context of rigid social constructs of marriage and family.

SDTC: Is this film autobiographical?
TH: Yes the film is based on true events. It all began two years ago when my partner Victoria brought home a vintage bassinet after a road trip to Rochester NY. Her step-grandparents were going to toss it out so she saved it because her little brother had also slept in it. It was a practical thing for her to being it back home. She didn’t tell me about it and I discovered it at the house, thinking it was a practical joke.

The film is a snap shot predominately, lined by a personal monologue and images that capture and embellishes what was going on in my head. It recounts the moment when I discover the bassinet in my house, and my utter hatred for the thing. But as it turns out, the symbolism of the bassinet unravels deeper issues that I subconsciously avoided all these years.

What were you grappling with?

My inner conflict of what it means to bring a baby into this world with my same sex partner and how that evokes a complexity between my cultural identity and my sexuality. 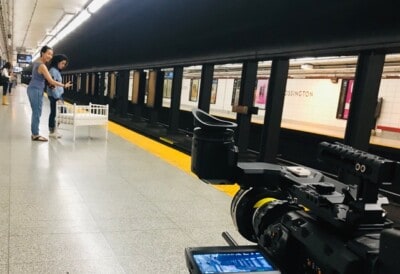 How did your family respond when they realized you are gay?

Its a funny story. I can only say that now, 18 years later.

My sister actually read my diary and decided to out me to my immediate family and eventually to my cousins. I am both thankful and pissed that she did that, because on one hand, she just ripped off the bandage, versus me having to ponder how and when I would tell my parents.

I am fortunate I have an incredibly loving family. Sure, in the beginning they had to adjust and learn what that would mean. And sure, my dad thought it was a phase and my mom wasn’t immediately telling her relatives and friends I was gay. But over the past 18 years, they’ve continued to grow through their challenges and clearly know now its not a phase. But most importantly they’ve never stopped loving me.

Is there pressure on you to have kids? Do you want to?

That’s a difficult question. I want to have children one day, and you’ll have to watch The Bassinet to understand the conflicts that I face when I begin to think about it.

Asian-Canadian LGBTQ stories aren’t necessarily accessible in the mainstream media. These stories matter. Representation matters. Even after coming out, I was left in limbo feeling like I have to choose to either be Chinese and less gay, or gay and less Chinese. There is a complex grey area about embracing one’s sexuality and celebrating cultural identity in North America that constantly feels like a negotiation.