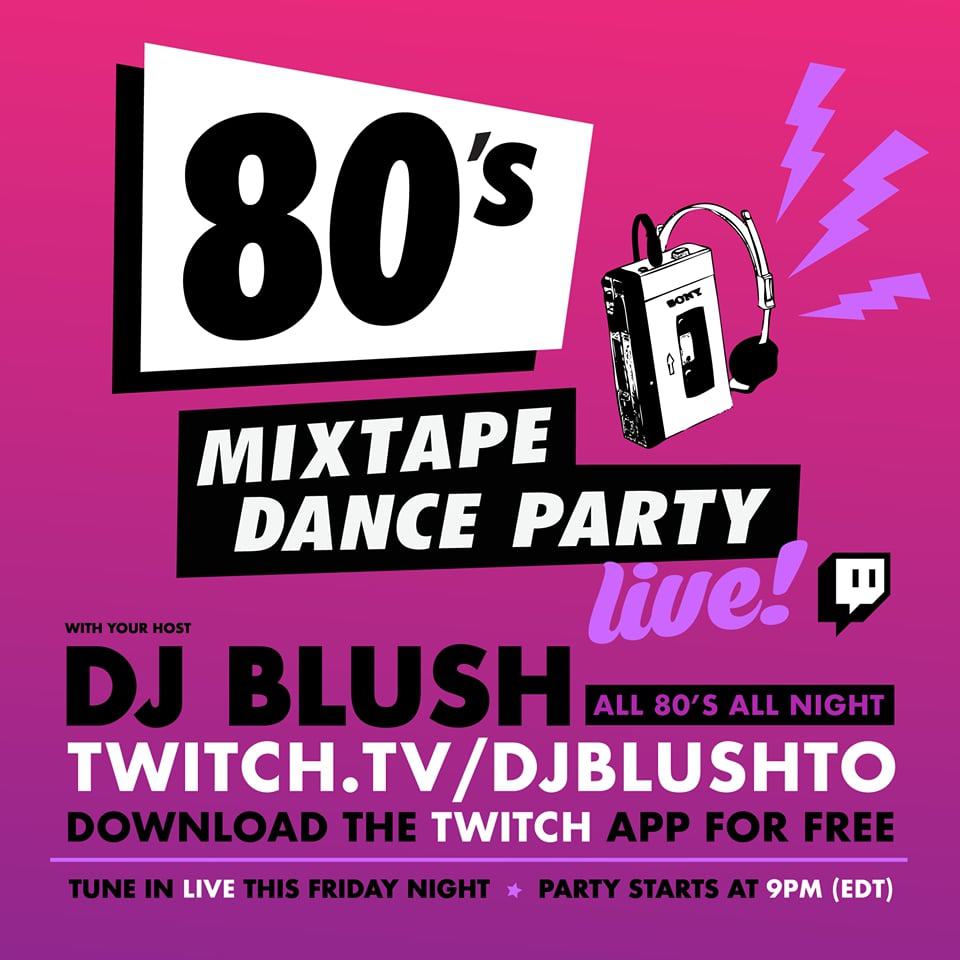 Venues may be closed across Toronto, but musicians and DJs are finding ways to keep people entertained and connected in the midst of the COVID-19 crisis.Here are some concerts and dance parties to hit up online this week.

Writers From The Block

Writers From The Block is a curated showcase aimed at discovering Toronto’s hottest singer-songwriters. They hosted their first Social Distancing Stay At Home Live Stream Tour on Instagram last week, and are bringing it back again this week with a series of new performances.

If you’ve ever wanted to learn guitar, or just feel like sitting in on a music lesson, Max Kerman – lead singer of Hamilton rock band Arkells – is hosting a Flatten The Curve Music Class on the group’s Instagram page every day at 1 p.m. EST.

The Canadian Opera Company has launched a new series called Opera At Home to “bring a bit of opera into your life during these challenging times.” Every day at 11 a.m. EST, they’ll share a performance clip on their Twitter, Instagram, and Facebook pages.

Club Quarantine is a virtual queer dance party happening every night from 9 p.m. EST to midnight on the app Zoom. The party was started by four Toronto-based artists – Mingus New, Casey MQ, Andres Sierra, and Brad Allen – and has featured both local and international DJs.

This monthly dance party is relocating from its regular digs at Stones Place to Twitch, where DJ Blush will be playing nothing but ’80s tunes all night. The party kicks off Friday at 9 p.m. EST.

Join DJ Starting From Scratch on Facebook and Instagram this Saturday night for a dance party spanning multiple decades. He’ll be spinning ’70s music beginning at 7 p.m. EST followed by an ’80s set at 8 p.m. and ’90s set at 9 p.m.

Expect to hear a bit of everything at Juicebox – from ’80s new wave, post-punk, Britpop, and Two-tone to ’90s indie, the best of the 2000s, and the newest of the new. The party is happening Saturday from 10 p.m. EST onwards (check the Facebook page for livestream details).

Strapped.TO is a queer dance party that features women and non-binary DJs. This livestream edition will include sets by Ace Dillinger, Tamika, and Brooklyn’s Boston Cheri plus a drag performance by Ocean Giovanni. Tickets are $11.62 (purchasers will receive the livestream link on the evening of the event) and the funds will support the DJs, producers, and performers.