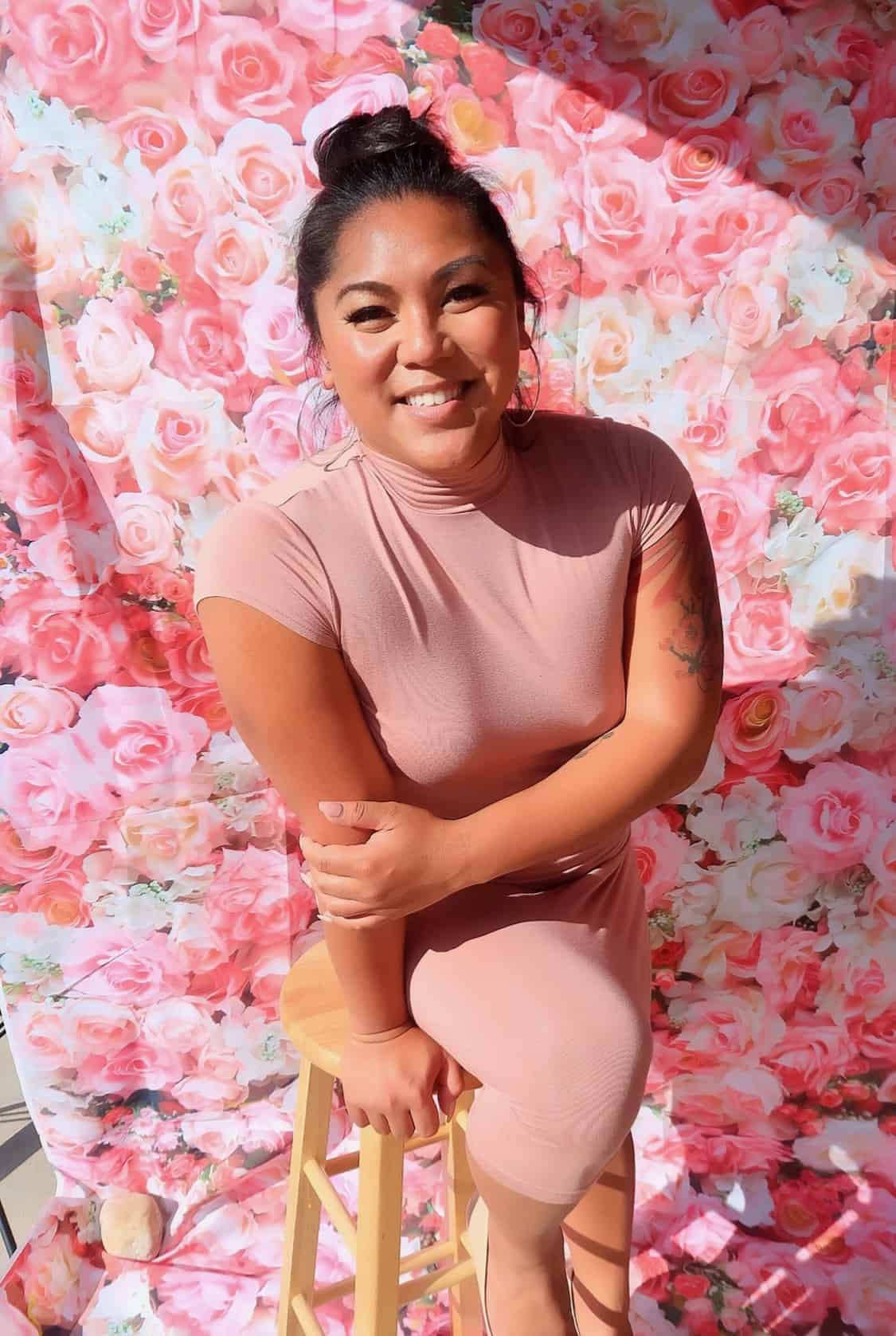 When Laila Ireland was little, she wanted to be three things: a doctor, a soldier, and Miss America. Assigned male at birth into a conservative family, she had to keep that last one a secret. “My father was very by-the-book,” she explains. “I had to continuously suppress this idea of expressing myself effeminately.”

Later, a therapist suggested she look up the word transgender, do some research and report back. “It was like the clouds opened up. It was just this revelation; this is me. For once in my life, I felt understood,” she recalls. So, while actively serving in the military, she began her transition and opened the door to the biggest fight of her life.

The U.S. military is the largest employer of transgender people in the U.S., with around 15,500 transgender individuals in service. Up until 2016, however, they were forced to conceal their gender identity because military policies banned them from serving. When the ban was lifted prior to Donald Trump taking office, Ireland was elated. But with his subsequent malicious attempts to reinstate the ban, the future is again uncertain.

In the documentary TransMilitary, we follow Ireland’s journey, along with other trans troops, as they defend their country’s freedom, all while fighting for their right to exist. We spoke with her by phone this week.

SDTC: What has been happening since the film was made?

LI: Right now we’re at the forefront of this fight for equality—to even exist. People who are sharing their stories of struggles and obstacles by being visible are writing the history of this movement. I really do believe in, and have fought for, an America that was built on absolute diversity, and it’s nurtured by the belief that we are all equal and are deserving of respect regardless of who we love, what we look like, what we identify as, or how we pray.

Why have you chosen to be so outspoken about this?

It’s so imperative—now more than ever—that we tell our stories, that we are heard and seen, that we remain visible and provide representation for the world we create and live in. My decision to be visible, present and unapologetically authentic is one that we choose; it’s not one that can be chosen for us. This fight for equal rights in society and the military—just to be able to exist—is a must. We have to keep moving forward.

What was your reaction when you heard Trump’s tweet about reinstating the ban?

The member of society part of me was not surprised. We knew with this new administration that this was an option. We predicted that this would happen, but we didn’t see it coming so quickly.

As an advocate and activist, my thinking cap went on and it was What do we do now? What’s our next move? We want to stay ahead of the game. The organization I belong to, SPART*A, started reaching out to other communities to collaborate. Because it’s not just about us; it’s about LGBTQ youth in particular. We have to band together with other marginalized groups (women’s groups, veterans’ groups). These groups are being pushed to the side. We have to find what we’re going to do and keep moving forward. 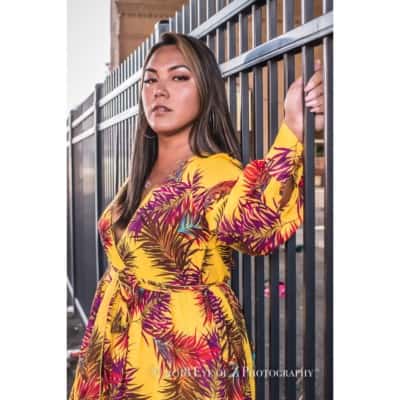 In the TransMilitary community, our job is to protect and defend this country. The best thing we are doing is continuing to show people that we are capable of doing these jobs—to put our lives on the line to protect and defend this country. We are that 1% who are willing and able to do these jobs while the rest of America is criticizing us and saying we can’t. We are still here. We are not going anywhere. Because I’m a veteran and my husband is currently serving, we fight this problem on both sides.

What role does ignorance play in fuelling this antipathy towards trans people?

There’s a difference between being ignorant and being just ugly towards trans people. I would say 80-90% of society is really just ignorant; they lack the knowledge of who and what transgender people are. And they have been conditioned to have these personal biases of well. We demonize our differences. But we have to get back to celebrating those differences.

Being in the military, I’ve been part of many teams. Every team was made up of different people from different walks of life, different cultures, different religions, different lifestyles. These different people brought something unique to the table, and we made up this team and we got each other to the end. If we had a mission, we finished it together, because that’s what we needed to do. If we do not believe in absolute diversity, then we limit our talent pool. We want to have the best talent to defend and protect our country.

The other ten percent, they’re very prevalent in social media. There’s a difference between the two.

Looking back over your transition, what was the most challenging time for you?

Coming out to my family. When I was deployed, not being able to really talk with them and let them know who I was as a person was even harder than the stuff that I dealt with leadership. If I looked to anyone for support and guidance and love, it was my family. Today, I can confidently say my parents are my best friends; they’re my biggest cheerleaders. They really stand up for me and advocate on my behalf.

My father had very conservative ideas, but as we went along with the current administration’s campaign and election, my father has been very adamant about asking, “What can I do to make it better?” He apologized to me and my baby sister, who is a lesbian. He’s come a long way.

It seemed from the film that many of the problems with your being trans came from higher ups and the system itself, not from fellow troops. Was that your experience?

A lot of the leadership feel that even women shouldn’t be in combat roles. Its a very misogynistic, hyper-masculine environment. The problems came from leadership, not the service members, because the service members understand what it’s like to be in the trenches. These people at the top that are making decisions for everyone—its easy to demonize something that is different, to pass judgment on something you have no knowledge of.

When I sit with people and have these conversations, I don’t necessarily introduce myself as a trans woman. I say I’m a veteran talking about this particular topic. As soon as I say I’m transgender, the whole conversation changes; they say they’ve never met a trans person before.

What question do they always ask you?

If you pay attention to social media, you’d think it was “What bathrooms do you use?” or “What genitals do you have?” But people really just ask, “Do you think because you’re a trans woman and a person of colour that it’s harder to transition?” I would say, because it’s a hyper-masculine environment, it is harder for trans women to transition, rather than for a trans-masculine person to transition in the military.

You chose to openly tell your story, and you were eventually given an honourable discharge on medical grounds. Would you have done anything differently?

It’s a small sacrifice for a bigger victory. I don’t regret any part of that. We have come to a point of the movement. The lift on open trans service happened with in two years of our stories being released. It was a monumental thing. We receive messages from young people to more mature folks saying, “I wish I could be like you.”

I hope we can get to that point where we don’t have to talk about being trans; that people just see us for the merit of our job, for the merit of our performances. We learned the Golden Rule when we were kids: Treat others how you want to be treated. What happened to those values? Why have we lost them? It costs nothing to be kind to someone else.

Laila Ireland will be attending the Toronto screening of TransMilitary at the Human Rights Film Festival taking place at Hot Docs Ted Rogers Cinema this Friday, along with the film’s director and executive producer, Gabe Silverman and Jamie Coughlin. Get tickets here.