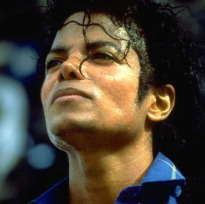 Tweeting through the Tragedy: Media Technology and the Death of Michael Jackson

Like most of the 416 (and the 905, 613, 212 etc) I heard the news about Michael Jackson’s passing from Twitter. Sitting in a hair salon, patrons and stylists all grabbed their phones in almost eerie unison. “Michael Jackson is dead?” “Yeah, I just got a text.” “It’s all over Twitter.” “I just got FIVE texts!” The news spread around the tiny salon like wildfire-exactly the way it spread around the world. In light of MJ’s tragic death, we get to culturally experience not only the passing of an icon, but to witness perhaps the most interactive public mourning in the history of pop culture. From Perez and Pete Wentz’s tweet battle to notable hip hip journalist Toure getting screwed and mis-quoted (sort of) by CNN to this hilariously accurate comic ( MuchMoreMusic coverage, anyone?), never before has the media dialogue on the passing of a culturally significant individual been more instantaneous and more diverse.

Thanks to Twitter, fans got to read celebrity tributes for the first time without the filter of the mainstream media. The Roots’ ?uestlove (@questlove “pours pepsi on the sidewalk”) wrote a series of frustrated tweets begging news outlets to give Jackson the same revisionist consideration they afforded Elvis Presley at the time of his passing, at 42 years old. Everyone from musicians to actors to icons expressed their shock and sadness, and tributes from fans and media outlets flooded the social networking device. For most, the cultural consensus was clear: remember his music, respect his legacy, and allow his personal problems to fade into the background. And a wide spectrum of that consensus could be viewed without even turning on your TV.

After all, in a perfect world, wouldn’t an artist be held accountable for only their artistic contributions? Seriously, imagine a mediascape sans Perez, where everyone and their producer wasn’t trying to score some fast viewership by building up and tearing down the talented? I don’t think anyone is trying to excuse bad behaviour-or sweep it under the rug-I think that the opportunity afforded by the wider media dialogue we all now get to experience is a more expressive, less money-driven look at the true cultural landscape-and, of course, more criticism of the old dogs and the way they do things.

This mass-media reaction is perhaps most well characterized by the seven helicopters circling like vultures around the ‘copter carrying Jackson’s corpse away from the hospital.

Of course, it wasn’t all good-at the same time as outpourings of love and loss for Michael and Farrah Fawcett , also deceased yesterday, were all over the internet, so were false reports of Jeff Goldblum’s death-emphasizing the tricky balance between the concept of a word-of-mouth information source free of corporate hangups, and the ability it offers for both unbiased information and inaccurate information. Not only do people now experience grief-they seriously think about that experience, and how they express it to others. It is a hyper-vigilant awareness of your own place in the cultural dialogue.

As well, your response becomes less organic-you find yourself re-writing and re-thinking tweets and messages, re-considering a text, and carefully monitoring your internet activity for the next 24 hours so as not to seem insensitive (or like you’re jumping on the bandwagon.) This feeling is heightened for anyone with a business connected to their twitter/facebook.

For many last night, turning on the TV and seeing a tribute churned through the media machine wasn’t necessary-following a thread on Twitter and dancing in your living room to Youtube videos of the King of Pop was enough. And so, if the media commentary, big and small, on this sad event has re-inforced anything, it’s that people, like Jackson, will do things their own way-including remembering an icon. And modern technology (nerd alert!) has made that possible. I vote we all gather in one big critical mass and sing ‘Will You Be There’ in Yonge-Dundas Square while playing the video on our iPhones. Magic.

Pop 5 – Feb 7! S&M Rihanna scandal, Team Coco and suffocating from too much Bieber.